Home
Movies
It Sounds Like Spider-Man 4 is a Possibility 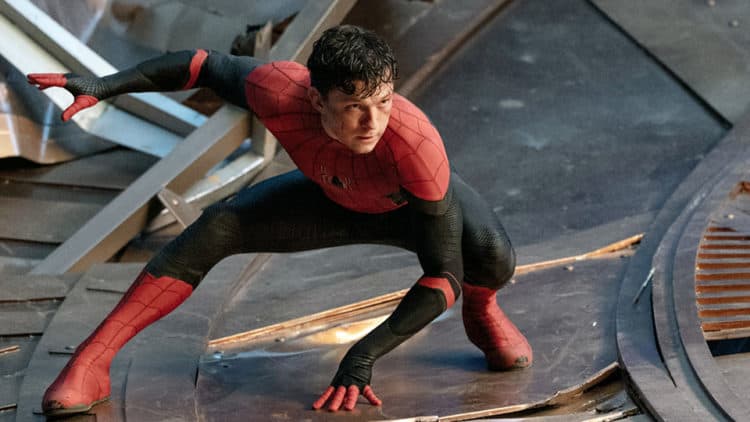 You’ve got to love it when someone says that something ‘hasn’t been done before’ or ‘it’s too soon to undo it’ or even ‘it would cheapen the moment’ concerning a movie. Granted, they’re all true depending on the situation and the point of view, but the idea that a movie could give us something we haven’t seen before is a bit ambitious and not always as true as some want it to be. Then there’s the idea of another movie undercutting the sacrifice that was made by its predecessor, which many people tend to enjoy talking about since it appears to give the movie the moral high ground, right up until people change their tune and state that of course, it was necessary to make another movie to follow up the story that people loved. Spider-Man: No Way Home, was a great action movie, not to mention that it set things up in a way that allows the multiverse to expand and the Spider-Man movies to keep moving forward with one new idea after another. There are more than enough ideas within the Spider-Man mythos to keep going for a while since the hero is now literally on his own, no one knows who he is, not even those that he’s been the closest to for most of his life.

The rumors of a Spider-Man 4 have already been started and as one can imagine they’ve been pushing forward no matter how many people say that it’s not feasible or that it’s too soon. There’s almost no such thing these days since many people would love to push one movie after another to keep the story going so that there was little to no gap between them. But with Spider-Man it’s likely best that a bit of a gap exist since it gives the story time to develop into somethign that might be a little more impressive in the years to come. There are plenty of opinions as to whether Spider-Man should continue or not, but one opinion is that there’s too much to tell to not go forward, but it’s a good question as to who is going to be the best to tell the continuing story.

Tom Holland appears to be on board for a while, which is bound to keep fans interested, but it does feel as though folks might want to see Andrew Garfield and Tobey Maguire as well considering that their appearance in No Way Home was enough to rekindle the feelings that fans have for them. But when it might finally come is anyone’s guess since the idea of keeping the movies that close is something that will no doubt be debated until a suitable answer is found, and even beyond then if anyone’s going to be honest. Pleasing the fans is somethign that is rarely universal, if it ever is in the first place. Trying to appease them by keeping the Spider-Man story going is bound to be enough for a while, but with each new change and direction it’s going to happen that people will say ‘this isn’t how it’s supposed to go’ or something similar since those that read the comics are bound to state that this isn’t a part of the tale.

One reason why this is such a useless saying, and I’ve learned this the hard way like a lot of people, is that many of those that make movies are looking to entertain the fans, but in their own way. This means that whatever the fans want might be influential, or it might be disregarded entirely depending on the writers, the director, and anyone else that’s involved in the creation process. The Spider-Man movies have gone through several changes that haven’t been seen in the early comic books, while incorporating moments and characters that are in the comics. But the point is that here’s been an evolution between the comics and the movies that some people have readily embraced, while others have made it a point to speak up and be critical about. There’s no pleasing one hundred percent of the fans, but there’s no need to with the numbers that have been seen at the box office when it comes to the many Spider-Man movies.

A fourth movie would need to knock it out of the park to follow up the performance of No Way Home, since it has reached the billion dollar mark and has kept going. But if part four manages to bring in other villains and possibly even another hero or two it could likely match the box office numbers of the current movie and even surpass them. Tiime will tell, right? In the meantime, those that might think it’s too soon need to remember how long it takes to make a movie, and that there are such things as time jumps and makeup that could very easily help things along.