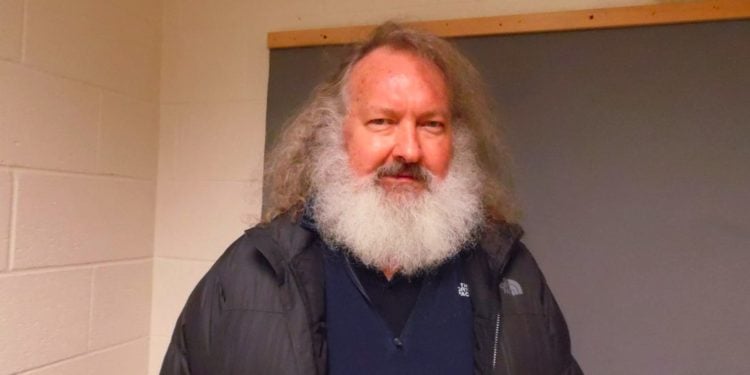 One might assume that Randy Quaid would be doing something, even if it was under the radar when it comes to acting, but according to his filmography, the actor hasn’t really done much since 2018. He’s several years removed from any word of the legal troubles that he and his wife Evi went through a while back, and it would appear that he’s kind of just fallen off the map in a way as he’s been living in Vermont for a while. That’s kind of surprising since for so long he was one of the more visible stars in Hollywood considering that he showed up just about anywhere he could. A lot of fans no doubt still remember him from some of his most famous appearances back in the day, as he was always good at playing an obnoxious character that wasn’t always that bright but somehow livened up the movie he was in all the same. For all the work he’s put in it feels as though he’s been shunted to the side over the past decade or so, perhaps due to his legal issues or something else, it’s hard to say. But Randy Quaid has had a pretty impressive career over the years, which makes it easy to look back at everything he’s done.

One of the most fun characters to look at, especially since he’s shown up for multiple movies, is Eddie, from the National Lampoon features, since the guy is just as crude as they come and oblivious to boot. From National Lampoon’s Vacation to Vegas Vacation he’s been one of the most loved parts of the movies considering that the guy is, for lack of a better word, an idiot. He’s the lovable idiot though as a lot of people might claim since he’s dedicated to family, in his own strange way, and is good-natured enough to simply want to have fun and be around those that he enjoys, and can mooch off of when he feels the need. The funny part about Eddie is that he has all the capability in the world to do whatever he needs to survive, apart from getting a job that requires real brainpower, but he’s still a valued character since he brings a lot of comedy to the movies. In fact, that’s kind of what Randy is known for in a lot of ways since despite being a very well-respected actor his ability to create a funny scene has always been one of his biggest strengths. Among his many roles, he’s been able to take on a serious appearance, but often he tends to go back to comedy and it’s been one of the things that many people have loved about the guy over the years.

One movie that a lot of people might not know about, titled The Ice Harvest, is one in which Randy Quaid plays a part but is anything but friendly since he plays the part of a notorious business owner and mob boss. Seeing him as an authority figure isn’t too hard, but trying to take him seriously is a little bit of a struggle since a lot of people are bound to see past that and remember movies such as Caddyshack II or possibly Independence Day, which can radically change the view that many might have of Randy. This would also indicate that he’s a man of many talents though, since drama, action, and comedy are all skills that he possesses and can call upon without too much difficulty. The fact that he’s been in movies such as Days of Thunder, Brokeback Mountain, and various others makes it clear that he doesn’t exactly stick to one kind of movie that often and sharpens his skill set as he sees necessary. That kind of all-around skill isn’t shared by a whole lot of people since a lot of actors tend to find their niche and stick with it more often than not. When thinking about it, trying to be an all-around actor sounds like it would be pretty exhausting, not to mention that it might actually enhance his ability to take on certain roles, but also allow others to deny him other roles simply because they want someone that’s entirely dedicated to a type of character. However this works, Randy has shown throughout the length of his career that he’s someone that can be relied upon to perform in a manner that’s entertaining and more than a little memorable.

To say that he’s had plenty of flops in his career is easy since it happens to a lot of actors, but the memory of his successes is much easier to access since he’s made a huge impression on a lot of people over the years, and he’s one of the big reasons why people continue to watch Christmas Vacation every year.