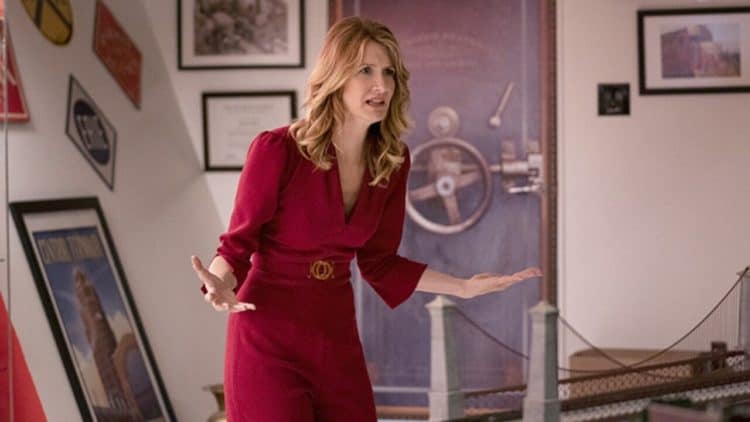 For some the season 2 finale of Big Little Lies went out with a fizzle, while for some it ended in about the only way it seemed capable of doing. Yohana Desta of Vanity Fair seems to think that it might be open-ended enough to pursue a third season, despite the fact that each character arc seems to have been tidied up as much as fans might have wanted to see. It sounds like Nicole Kidman would be up for it, but only if the entire cast was involved once again. Whether that can happen or not is kind of up for debate at this moment since as many people know the likelihood of keeping an entire cast together is a test in futility at times since after a show is over without any concrete plans of coming back there’s a good chance that the cast will scatter to other projects and be unavailable for some time to come. After all actors have to work and they have those expensive lifestyles to keep up with, and paying those bills does require that they get back out there and make it happen again and again. Much like a writer they tend to need to find other jobs to work on for a time so that they can keep the cash flow coming in.

With that in mind Lisa Respers France of CNN is of the mind that the fans badgering the studio about another season might work, but one thing about the fans trying to get their demands met over and over again is that it only works for so long. A lot of producers will gladly do what it takes to make the fans happy so long as the budget is there and they can make it work with the many stipulations that might arise, but after a while even those that are aware that keeping the fans happy tend to get tired of it all. Plus, no matter how many fan theories, great or not, get floated along the grapevine and into the ears of the right people, the producers and the director are going to do what they do best and run a story that might not be up to par or might be different from what people want to see. There are quite a few shows that would indicate that those in charge aren’t always willing to listen to the fans since they’ve gone against the gran and the desires of those that wanted to see this or that and created something that fans either adapted to or simply lost their minds over. That could be the case with Big Little Lies since so far it would seem that the story has been concluded in a way that might offer a further arc for the ladies but at this moment seems to be resting just fine as it is.

Another surefire killer of any story is the fact that even with a notable opening the arc of the characters might be at a pleasing spot and they no longer have a well-defined way forward. People would and have argued this point up, down, sideways, and with as much force as they can to make their point, but the results are usually pretty typical. The fans can say whatever they want, but when a story arc runs out it’s time to find another idea and try to develop and roll with it. Eventually the story might not end, but it will have to be stopped all the same as it won’t offer anything new, fresh, or even engaging. When that happens then the story has been exhausted and the fans won’t appreciate it no matter how much they try, and they’ll have only their own expectations to blame. In the case of Big Little Lies the story has reached a pleasing conclusion where fans might want more but should possibly think about letting it sit as they move on to another series that will treat them just as kindly. Trying to milk as much from a story as possible rarely has a great ending since it will take every last strip of creativity that a writing pool has to make it work, and even then there’s nothing guaranteed when it comes to pleasing the fans, who are at the best of times notoriously fickle.

There’s a possibility for a third season, that much is obvious, but whether or not it will come along at this point is a good question that will hopefully be solved by the studio and not the constant demands of the fans. It’s great that people want to see this show come back, and it’s wonderful to see this kind of loyalty, but there will be other shows and other moments and characters that they’ll come to love. Seriously, it might be time to let it rest for a while. Emma Baty of Cosmopolitan seems to get it, but will the fans?