Home
Television
Whatever Happened to the Cast of “Rectify?” 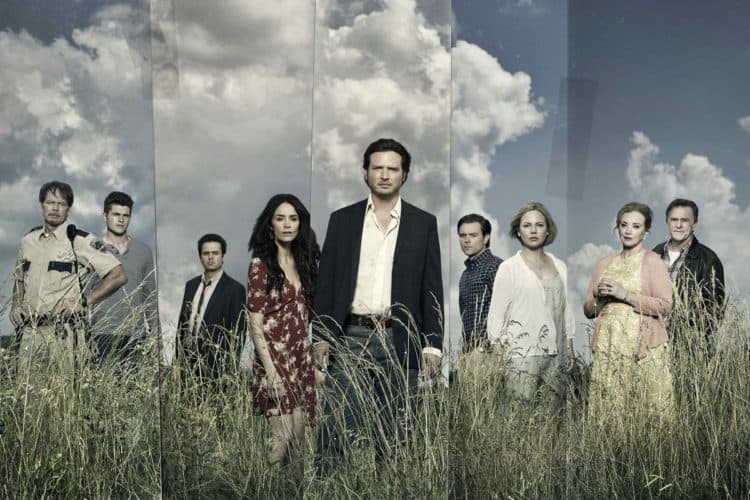 After spending almost two decades on death row Daniel Holden is allowed to go home, but picking up the pieces isn’t bound to be as easy as anyone might think. Just imagine being held accountable for a murder you never committed and then made to think that you were going to be executed without ever getting the chance to prove that you weren’t the killer. Thanks to DNA evidence Daniel’s case was reversed and he was allowed to leave a free man, but the suspicion and hard feelings were likely to remain since no one that’s ever been accused of a crime and then exonerated has ever been able to just go back to their normal lives and pick up the pieces as though nothing happened. This show seems to have been the type to remind people just how damaging a false accusation can be.

Here’s what happened to the cast.

Hal wasn’t a regular on the show but he’s been one of those actors that has shown up on a variety of programs throughout the years and only seems to need to make an appearance now and again since he’s already had a well-established career for many years. He’s one of those that remains from an era of actors that have been retiring and passing away these last couple of decades, and like many of those from his era he’s a welcome face to those that recognize him.

Michael is another older actor that doesn’t need to show up all that often, yet he’s been a recurring character and guest star on many shows throughout the last decade or two, bolstering his already impressive career with appearances in movies and TV shows alike. He’s been in NCIS a few times until his character was killed off and after Rectify he’s done a few other roles that he stuck around for.

Not long after Rectify he went on to guest star in Lethal Weapon, the TV show, and then went on to star in Fear the Walking Dead. He’s been around since about 2006 and has amassed a good number of credits to his name so it’s easy to assume that he’s not in any danger of just up and going away anytime soon. Something usually tends to come up as it’s been seen and his career is still in good standing.

Cameron has been busier when it comes to movies than she has with TV, having had only one role so far in the show Succession after Rectify was off the air. She’s been plugging away with the movies however and is still a well-known talent, so it’s safe to assume that she’s going to be just fine as she continues to forge ahead.

It kind of looks like Rectify might have been her last TV role at this moment but she has no less than three projects lined up that have yet to receive a release date, tentative or otherwise. At this point in her career Adelaide is somewhere comfortably in the middle between the elite and the B-group it would seem and all she really needs is a good push to be in the elite group since she is talented but is also butting up against a lot of talent in show business that have already shown elite-level skill.

Clayne did manage to go on to a few different shows after Rectify but has lately come up against a wall when it came to his role in Lethal Weapon. The actor was let go, being replaced by Sean William Scott, after allegations of on-set abuse and continual arguments with his costars, not to mention abhorrent behavior on set. One thing about the guy is that he can act, but another thing is that he seems to need to learn how to act like a human being sometimes.

Abigail has been keeping a very busy schedule since her time on Rectify and has been seen in no less than four shows, not to mention the movies she’s been doing as well. This woman seems to be constantly on the run and finding stuff to do no matter if she has just a few minutes to plan it out, which leaves one to think that she’s actively trying to be one of the biggest names in Hollywood. She’s been around long enough that she’s well-known, but her work ethic is just amazing.

Aden hasn’t done as much TV acting as he’s done in film, but it does look like he’s kept a steady career since Rectify went off the air. His movie credits have been rising in a steadier fashion than his TV appearances, which could mean that he wants a little more exposure than TV could possibly give him. It’s a gamble, but it could pay off.

At this point it looks like all of the cast are doing fairly well.