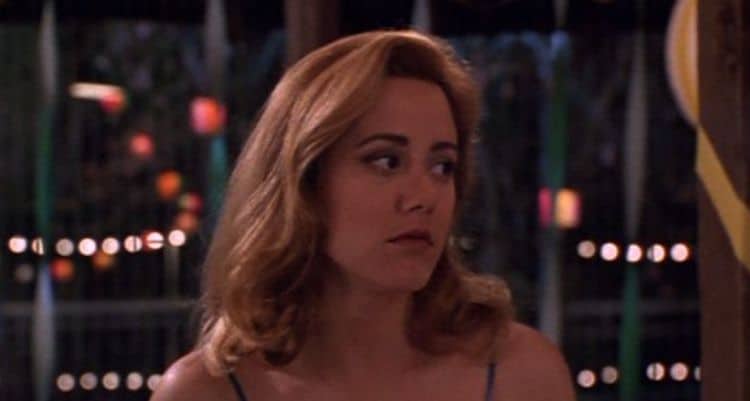 Hollywood is full of people who we constantly ask about as in ‘where did they go’ or ‘what are they doing now’ and many other questions that come to mind when we think of certain people or see them mentioned in one article or another. Leah Lail is one of those that a lot of people can say they know they’ve seen in one movie, or show, but can’t always remember what she’s been in recently. Well, the best answer when it comes to Leah is that she hasn’t been in anything recently since she retired from the business in 2006 and went into real estate, and is apparently doing just fine. A brief role on Boston Legal was her last time in the spotlight and her last movie part was the oft-maligned Little Nicky with Adam Sandler, but since then it would appear that she went and found a life away from the cameras for her own reasons, which is typically how things go if people aren’t all for the life any longer. Hey, it happens. Some folks love the spotlight and want to stay in it for as long as they possibly can since the pay can be great if you’re famous enough, a reputation can carry a person a long way, and there are a lot of upsides to being a famous star.

But there are quite a few downsides that people tend to not see at times since there isn’t a lot of private time for celebrities, there’s usually someone looking through their lives to see if there’s any dirt they can pull up on them, and the expectations of a celebrity are a bit tiring at times without a doubt. Still, people that do whatever they can to get into this life are essentially making it clear that they’re willing to do whatever it takes in order to be famous, and while some of them do see their career take off and the money roll in, others tend to take on a few roles here and there and either fade into the background or will actually call it and step away from the business to lead a life that might feel a little more fulfilling. Whether that’s what Leah did or not is hard to say since hearing her reasoning for leaving it behind would be required to really understand why she decided to retire. But to be fair and state the obvious, she DID decide to retire, and whatever made that happen was obviously a good enough reason for her to follow.

She did contribute to a couple of interesting movies and shows in her time but when it came to TV she tended to last for an episode before she moved on, either as an extra, a guest star, or perhaps a supporting presence that was there for the heck of it. But her time in a couple of movies proved to be either brief or important. In Heavyweights, she played an important role as a camp nurse, Julie, since she was the love interest of one of the male counselors and also someone that was there to see to the welfare of the campers and therefore had a lot of importance. In fact, this is probably one of the movies that she’s most remembered for since she did get to be upfront and noticeable for much of the movie since she was kind of the only woman in the whole thing that had a lot of face time. It made sense though considering that she was one of the more influential adults in the entire movie and had a rather crucial role as many campers would attest to from their past. Seriously, how many of us never went to see the nurse for one ailment or another? Granted, they might not all have been as good-looking or even as compassionate as Julie, but it’s a part of the summer camp experience anyway.

Another part that’s worth mentioning even if it’s kind of short was as an angel in Little Nicky. While the movie has been called one of Adam Sandler’s worst movies to date, which is relative considering how a lot of people feel about his movies, it’s funny enough to give it at least one look since he plays the son of the devil, who is also the son of an angel. When Nicky dies saving his girlfriend on earth he’s sent to heaven to meet his mother, and Leah happens to be one of the angels that’s present when Nicky and his mom have their reunion. As I said, it’s a short part and she doesn’t have much to say in the role, but it’s one that made her noticeable again and one in which people can at least appreciate how well she’s aged considering that she’s currently in her 50s. Seeing her back in the business doesn’t feel too likely, but at least she’s doing well.