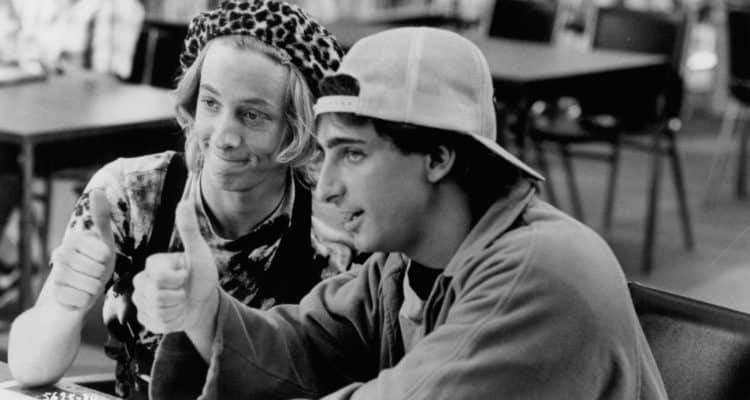 If you’re asking yourself who Gary Riley is then shame on you…just kidding. It’s kind of easy to forget names and faces that haven’t been in the business for so long, but it’s easy to look a lot of them up and remember if you’ve seen their movies and TV appearances in the past since a good number of those that started out as child actors are still mentioned every now and then for one reason or another. A lot of people that can remember Gary will likely recall his acting from his teenage years on since he did get to act alongside some fairly big names, even if those people weren’t all that big of a deal at the time. Gary is definitely someone that could have been a lot bigger than he turned out to be, but somewhere along the way the fame and fortune that might have had started to fade a bit, and before the 90s were done with he’d walked away from the acting business. Sometimes it’s enough to wonder if that’s a hard decision to make, especially when one is still fairly young and might have a lot more to offer the industry if they stick with it. But at the end of the day, it’s best to think that people are doing what they feel is right for themselves and are bound to live with the choices they make. Plus, getting back into the business after even being away a few years sounds like a daunting process.

There are a few instances in which Gary was involved with a movie that people might remember, since Summer School, which the image above is taken from, was one of his more memorable roles as he played Dave Frazier, a horror movie enthusiast that, along with his best buddy, managed to pull a few interesting pranks during the course of the movie. A lot of folks might call the two of them bonafide idiots that were products of a school system that somehow didn’t reach every student, but the truth was that Dave was one of the creative minds that kind of found the whole idea of school as boring and not even close to what he wanted to do with his life. The fact that students such as Dave, and such as those that were the basis for this movie, exist isn’t exactly a slam to our educational system, but it is a bit commentary to the fact that the interests of so many students are constantly being squashed by what the system expects versus what it’s willing to support. Of course, given the fact that Summer School was a comedy, a lot of stuff was embellished quite a bit.

Another role that people should remember him for is that of Charlie Hogan in Stand By Me, where he was just as prominent of a figure since he was a part of Ace’s gang and was kind of a weaker character simply because deferred to Ace, played by Kiefer Sutherland, along with the rest of the gang. The whole idea of his role was that he and Billy, played by Casey Seimaszko, had boosted a car and in doing so had driven it to a secluded spot near the railroad tracks, where they had seen the dead body of a kid that had been hit by an oncoming train. The plot focuses on finding the kid, but Billy and Charlie were hesitant to tell anyone, even their friends, for fear of being revealed for the theft. In the end, no one found out about the car theft and the body was found with an anonymous call, which kind of made the build-up of the movie crumble a bit, even if the main idea continued to develop.

Gary has had other small roles such as he did in Back to the Future when he played one of Biff’s goons, and in Planes, Trains, and Automobiles when he played the motel thief that robbed Neal and Del. He’s also had plenty of short roles in TV shows over the course of his career, but as it was mentioned, he took his final bow so to speak back in the 90s, and apparently was able to live off of residuals for the next couple of decades following that. It’s interesting to note that he did audition for the role of Ted in Bill and Ted’s Excellent Adventure. It does feel as though he might have done a great job in the role and could have continued pushing his career forward, but it also feels that something would have been missing since the duo we were given is what we know now and what’s been able to work for so long. It’s still interesting to think of what could have been, but that time came and went a while back.