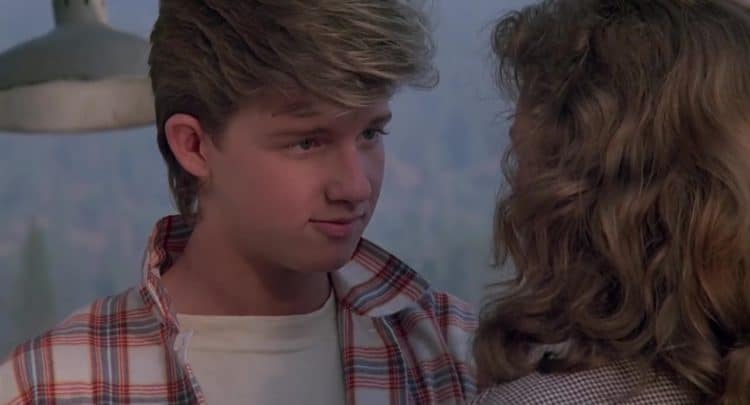 How many people remember Chris Young? Those growing up in the 80s and 90s might since this was where he established his career in a big way as a young actor that took on roles that ranged from the guy next door that was dreamy enough to flirt with to the geeky type that didn’t really fit in but wasn’t a complete outsider. Young got his start on the Max Headroom show if you can believe that, and would eventually go on to star in various movies and as a guest star in a handful of TV shows that made use of his talents. As far as acting he hasn’t really been around for a while, but he did take to directing and producing back in the 90s and it would appear that he’s enjoyed it since he’s been doing this for a while. At the moment it doesn’t appear that he’s all that active in the business, but it could be that he’s either taking a break or it could even be related to the pandemic since it managed to slow so many things down. Whatever the case is the fact is that his bio says he’s still active, though it’s entirely possible that he’s retired and things haven’t been updated. Given that he’s only 49, which is still relatively young for the business, it’s more likely that he might be keeping himself on the down-low for one reason or another.

I’ve said it more than once and it’s one of those things that does come in handy, but those who were famous in the 80s and 90s do tend to fade out after a while if their careers don’t take off somehow. Sometimes people will see them make a return that’s impressive enough to take note of, but a lot of times if a person saw their career begin to fade in either decade it meant they were done as an actor, but might have gone to do something else in the business. To be real, Chris’s acting was pretty good back in the day and he was actually one of the better actors on a few sets considering that did manage to get into the story and was one of those characters that people couldn’t help but feel for in one situation or the other since they meant well, they tried to do their best at something, and somehow they just came up short.

His role as Buck Ripley in The Great Outdoors was great, especially since he had to share the screen with comedians such as Dan Aykroyd and John Candy. There wasn’t a lot of room for competition and whatever might have happened behind the scenes, the movie came off as a masterpiece. Surprisingly enough it didn’t go over well with critics, but eventually it did gain a cult following and has been a favorite summer movie ever since. Buck, the older Ripley sibling, was the kind of guy that was fairly cool and had a lot of self-esteem and, as expected, wanted to do his own thing and not spend a lot of his time with family when there was more to be seen around town. When he met a local girl, in a very awkward manner, he couldn’t help but be smitten and enter into a short-term relationship with her. Buck was the classic teen in this movie since he cared about his family but he wanted his own time to go do what he wanted, which is pretty standard if anyone is keeping track. By the end of the movie, it was established that being a teenager didn’t mean he couldn’t connect with his parents, which was a nice moral lesson, but also a lot of fun since the movie is a straight-up comedy with only a little bit of drama and heartfelt moments to be had. Hey, they helped make the movie and round it out.

Apart from this, Chris has had other roles in movies like PCU with Jeremy Piven and has shown up in various TV shows here and there over the years. He did show up in the sequel to the largely forgotten horror movie, Warlock, as a magically-gifted teenager that was meant to fight off the ultimate evil. His career hasn’t been quite as extensive as it could have been, but it almost feels as though he got out of acting when he wanted to and might not have looked back, except when remembering the things he’d done. It’s hard to say that’s accurate without sitting down to speak with him, but it’s very easy to think that he might have had a good time with some of his roles and that hopefully there are few if any regrets. As of now, it’s hard to say if we’ll hear his name pop up that often any longer, but remembering him is definitely worthwhile.