Home
Movies
Whatever Happened to the Cast of “The Santa Clause?” 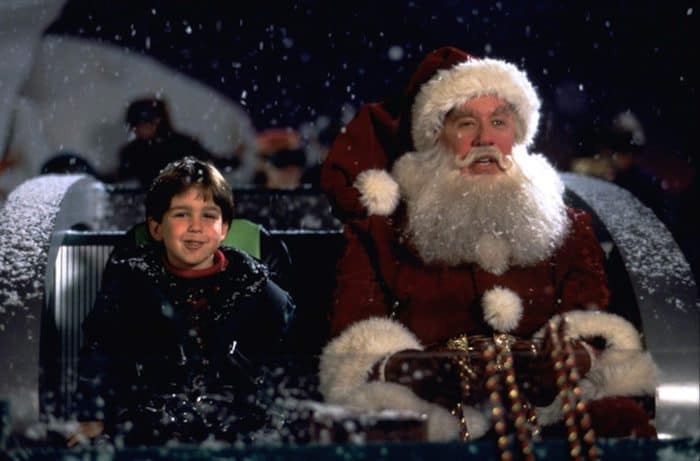 It’s always interesting when the major stars of a mediocre Christmas film find their career paths changing after the writers run out of storylines. The cast of “The Santa Clause” have gone in many different directions, with some learning their lesson and moving on from acting. This list gives us updates on the recent career moves, up or down, that have taken place in the actor’s lives since the end of the trilogy.

Allen was an experienced television actor when he took on the lead role of Santa. Some may also remember him from the movie “Galaxy Quest.” After “The Santa Clause” ended his next notable “acting” project was to take on the voice of the Buzz Lightyear character in the animated film “Toy Story” and its franchise followers. He returned to television, his strong suit, and starred in the sitcom “Last Man Standing” which has received solid reviews and Allen was largely responsible for its success. Up next, Allen is slated to reprise his voice-over role as Buzz Lightyear in the planned release of “Toy Story 4” next year.

The childhood actor took advantage of his childhood after “The Santa Clause” snagging roles in both the movies (“Dunston Checks In”) and a television series (“Jesse”). But after his gig with “The Santa Clause” trilogy ended, he basically left acting and wanted to do more with his life. So he returned to school to finish his education and also to get involved with his band. Calvin believed his on-camera work would translate to a behind-the-camera career, which he found was not very successful for even low budget films or commercials. So he decided to return to the front of the camera, with his latest project being “The Onyx of Wall Street.”

Though he was cast as Bernard the Elf in the movie, he found greater notoriety in a movie that he did after “The Santa Clause” — “10 Things I Hate About You.” But like Allen, he found his niche on television in the series “Numb3rs” playing the role of Charlie Eppes for its full 5 season run. But Krumholtz would also make the same mistake as Lloyd and try returning to the movies appearing in films like “Harold & Kumar” and ‘This Is the End.” Some call these films “raunchy comedy” which is unbefitting for a man who once played a mathematical genius.

Whether “The Santa Clause” was the beginning of the end for Reinhold is a matter of dispute. What is not disputed is his arrest for getting into an altercation with TSA agents at Dallas’ Love Field airport back in 2016. He is best remembered for his roles in “Beverly Hills Cop” and “Fast Times at Ridgemont High” both which were popular and allowed Reinhold to shine. One of his lesser known and recognized roles was in “Ruthless People.” Now he has performed in the cable TV series “The Detour” and done some Broadway work. But he is 61 and that boyish look has long since disappeared.

Though not a marquee name when appearing in “The Santa Clause” Wendy found her way to sidle along many of Hollywood’s top male movie leads, including Harrison Ford in “Air Force One” and Arnold Schwarzenegger in “The 6th Day.” The 21st century brought her to the lure of television where she navigated her way to being regularly cast as a doctor in such TV series as “ReGenesis” and “Saving Hope.” Count Wendy as one of the surviving success stories of “The Santa Clause” but only after she retreated, as most of the actors did, to television.

There are two actors who had major parts in “The Santa Clause” and both have disappeared from the Hollywood limelight for very different reasons. Sadly, the well-known and liked Peter Boyle died shortly after the release of “The Santa Clause 3” finale. The other, Paige Tamada who was cast as Judy the Elf, apparently stopped acting in 1999 after appearing on a number of television shows, including “Seinfeld,” “Ally McBeal,” and even finding space on Tim Allen’s own “Home Improvement” show. But you are not likely to find anything noteworthy regarding an acting career from Paige by scouring social media or the Internet for that matter. The absence of an online presence shows that Paige has had enough of acting, or prefers to just live as normal a life as possible. After 18 years we think her fans should get the hint.