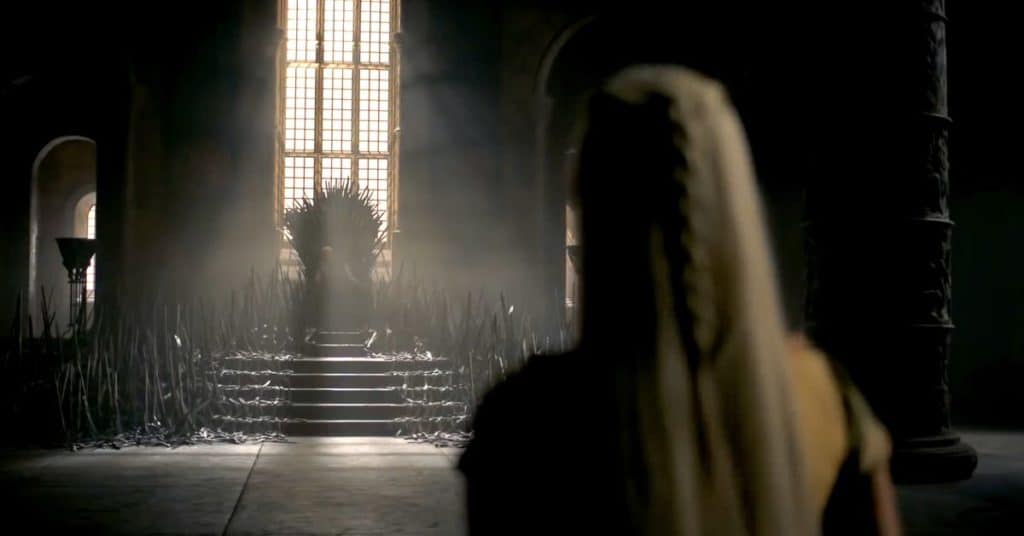 Getting a look at what will be popping off in 2022, as it was announced, is a treat since House of the Dragon has been a desired idea since it was mentioned, and the Targaryen’s have become a family and a house that many fans of Game of Thrones have been wanting to see since the house was introduced. Going back at least a couple of centuries, we’ll finally get to see how the Targaryen’s came to power, and how that power became seriously threatened after a while since as we’ve all learned from GoT, family is one of the worst enemies that a person can have, even if they’re supposed to be your greatest allies. But looking at this trailer it becomes kind of obvious that the Targaryens were never really of the same mind upon coming to Westeros if they ever were at all. The ominous manner in which the trailer begins kind of implies that there are plenty of secrets within the house, a well-known history of madness, and a danger that appears to be woven into the bloodline.

The mere fact that the narration of the trailer admits that dragons were the key to the Targaryen power isn’t hard to agree with since if not for nightmares on wings the house might not have fared any better than any other house in Westeros, especially due to the fact that the madness that drove them was well-documented as being part of their downfall. But to see dragon vs. dragon and family members warring with each other for power in the lands they dominated so long ago is exciting since the shaping of Westeros was done by conquest that was brought by fire and bathed in the blood of the Targaryen’s enemies, and then, eventually, by that of the Targaryen line. The histories in GoT have made it fairly clear that the Targaryen’s were not a stable house by any means, but House of the Dragon appears as though it will prove it in a big and very obvious way.

There’s not as much to get from the trailer as people are probably wanting to see, but the storyline has already been told a couple of times over the past year or so, and if the how is going to stick to what’s been revealed then there’s a good chance that people will know a good deal of what’s coming, or at least have a good idea of what to expect. The view of the iron throne, an early vision no doubt, is already impressive, as the swords that exist all around it make for a very foreboding scene that speaks to a few different things that people will no doubt be commenting on in the days to come. It does appear that we’ll be seeing a conflict erupt early on in the show, though it does feel as though people should expect a great deal of exposition that could give a great deal of backstory that we might not have received as of yet. The belief that we’ve seen everything at this point is kind of hard to buy into despite George R.R. Martin’s faults as an author, namely being that he didn’t finish the original series first since his detailed world has a lot of corners left to explore.

One question that is kind of interesting to bring up is whether or not we’re going to see, perhaps as an opening to the series, the reason behind why the Targaryens had to make their way to Westeros, as this would introduce the story in a very convincing manner. Folks might want to say it wouldn’t matter since the mere fact that this series is coming is enough, but seeing as how people are still talking about GoT and several theories that have to do with the story, it’s easier to think that it will come to pass that people will want to know as much as they possibly can concerning the hows and the whys of the Targaryen’s rise to power in Westeros, and a lot of people won’t be satisfied until they know as much as they possibly can. It’s definitely amusing that some folks know more about the history of a fictional land than they do their own reality, but hey, it happens.

However this turns out since the trailer looks awesome, it’s likely that things will go the way they’re supposed to since despite being an offshoot of Martin’s main story, this particular tale isn’t bound up in the books, meaning it’s far freer and was allowed to expand as it needed to while not giving false expectations that wouldn’t be followed from a book to the screen. With no further disrespect to Martin, since he did create the basis for this story, after all, it’s a big hope that House of the Dragon will be the type of story that GoT fans have been hoping to see.