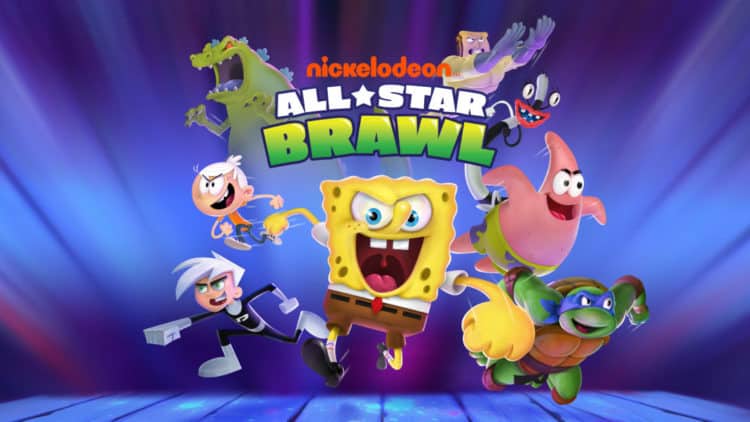 Nickelodeon All-Star Brawl seems to be a carbon copy of Super Smash Bros, but is it really? Developed by Ludosity and Fair Play Labs, this fighting game is an epic crossover event that pits all of the characters in the Nickelodeon cartoon lineup against each other. The goal in this IP is pretty much the same. Build up the damage percentage bar and ultimately knock them out of the ring. The lunacy of these types of competitive fighting games is what makes them fun. There is no rhyme or reason behind anything, it is just for the cheap thrills of watching one’s favorite cartoon character kick around others. The recent trailer showcases how the gameplay mechanics work and all the various animations within.

Of course, Nickelodeon All-Star Brawl isn’t just a rehash of Super Smash Bros, pixel by pixel. It does come with its own identity that is beyond just different stages and characters. Any Super Smash Bros. fan will know that the game isn’t simply a “button masher.” There is a certain level of depth and nuance to the move set of all the characters that take a certain level of skill to master. Even though the skill set of Smash Bros may be a little on the rudimentary side, Nickelodeon All-Star Brawl has a more “traditional fighting game” layout to it. The matches here are a little more grounded and strategic as opposed to the chaotic slap-fest that Smash players are used to seeing. There is a lot of similarities between these two games, sure. However, looks can be deceiving and players must know that this new slug-fest is a pretty different experience.

Nickelodeon All-Star Brawl definitely has a lot of meat to it. The announcement of new characters has been drip-feeding into websites for the last couple of months. The newest addition to the roster is Nigel Thornberry. So far the official character list is; Toph, Aang, April O’Neil, Michelangelo, Leonardo, Sandy Cheeks, Patrick Star, Spongebob Squarepants, Ren, Stimpy, Lincoln Loud, Lucy Loud, Helga, Oblina, Powdered Toast Man, Reptar, CatDog, Korra, Danny Phantom, and Zim. Of course, these characters are from shows like Teenage Mutant Ninja Turtles, Ren & Stimpy, The Loud House, Spongebob Squarepants, etc. Thus, there is still more to be announced in the near future. To coincide with this robust list of characters, there will also be up to 20 stages upon release. So far, the announced stages are; The Technodrome, The Loud House, Jellyfish Fields, Glove World, and Flying Dutchman’s Ship.

It leaves one to wonder what will be coming down the pike, next. So far, it appears that anything is up for grabs with Nickelodeon All-Star Brawl. Just like its counterpart, this IP will support both local and online multiplayer. On top of that, it will also have a rollback netcode. Ever since competitive fighting games went online, players worldwide have encountered all manners of problems associated with the internet. Everything from latency problems, lag, and weird frame rates have plagued online fighters for years. Rollback netcode basically rectifies this problem. Animations will be complete in real-time and there won’t be any premature frames signaling to opponents what is about to be executed. Luckily, more developers are using this tool to smooth out the experience for players when it comes to online competitive games.

So far, there doesn’t seem to be an indicator on whether or not this game will have a single-player campaign. It is highly possible that it will have one, but it just hasn’t been announced, yet. Of course, it is obvious that Nickelodeon All-Star Brawl will have a slew of online modes to play with.  Seasoned Super Smash Bros. players will notice right off the bat that this new IP comes with “wavedashing”, or at least something similar to it. This move is vital for dodging attacks and zipping around the stage untouched. It is basically a “sliding attack” that players have implemented into their move set with all their favorite characters. This will work wonders with launching combos and providing a smooth combat experience during matches.

Even though Nickelodeon All-Star Brawl is primarily a fighting game, there will be other modes to use. One, in particular, is something called “Sports Ball” mode. During this mode, players must duke it out among each other while trying to throw a ball into their opponent’s goal. This will give them bonuses, especially if the team avoids having the ball touch the ground. This mode is just like Slap City, another IP that these developers previously developed. Another difference that this game has to Smash is the fact that players can reflect projectiles. The more they do it, the faster it gets. This creates almost like a high-octane tennis match during the heat of battle. As mentioned before, this IP will have more of a traditional fight game layout. There will be high, mid, and low attacks that give it a more strategic fighting system as opposed to Super Smash Bros. Therefore, these matches will be centered on simply trying to outwit an opponent, instead of just attempting to “out combo” them. Unfortunately, there won’t be any voiceovers for any of their iconic characters. It is going to seem strange watching them knock each other around without hearing any kind of quips. However, there are plans to patching the voices into the game sometime after launch. So, not all is lost.

This IP will be releasing fundamentally soon and there is still a lot yet to be announced. Nickelodeon All-Star Brawl surely has a bunch of potential. Gamemill is going the extra mile to ensure a smooth online competitive fighting experience. Thusly, it is adding some features that will make the gameplay pop and not just be another Smash Bros. clone. It is nice to see that there is something like Smash Bros. coming out that isn’t just exclusively on Nintendo consoles. Nickelodeon All-Star Brawl will be available on PlayStation, Xbox, PC, and Nintendo on October 5th.