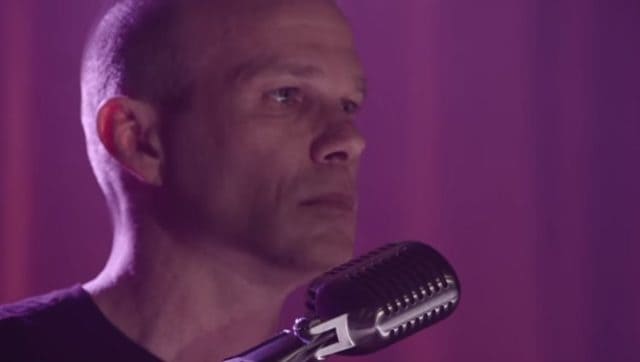 Twin Peaks seems like a very confusing show unless you happen to be a fan and watch it religiously. But this song is simply haunting in its message and its simplicity. It sounds very much like testament to how much a man cares for a woman and what kind of dedication he will give to her. Obviously it is enough of a tear jerker to really affect the mood of a woman for whom it’s meant. These type of tender moments seem to be thrown in now and again to show that a program does indeed deal with matters of the heart and can be tender as well as mysterious and thrilling.

Reprising the role of James Hurley, James Marshall proves that he has quite the voice on him and can croon with the best. His delivery is strong enough that he no doubt melts hearts and can reach even the most jaded cynic.

It’s been 27 years between the time the original Twin Peaks ended and the current season started up, and there’s a lot of ground to cover. James Hurley is just one story within a group of them that has to be updated and told. The core of the series is going to focus around Agent Cooper and his return to the titular town. Throughout the series however other locations such as Las Vegas and South Dakota will also be used.

The number of stories set to run in this series is enough to make your head spin if you’re not paying close attention. Twin Peaks was a favored series over two decades ago and it is trying to regain that kind of following that it had when it was still new and fresh. The only issue with that is the wide variety of shows that are available now and the mere fact that many people still remember the original Twin Peaks and are bound to want the same thing as much as possible. If their expectations aren’t met then it is possible that the show will start to lose some of its fan base.

It is very difficult for a show to just come back after so long and be a moderate hit again, and it is next to impossible to be the same kind of show that it used to be. The probability of this happening is very low, but the fact remains that Twin Peaks was a very big name show in its own time. It should be able to generate enough buzz among fans to be able to remain as one of the top-rated shows on TV. So far people are still watching it and enjoying each episode, which means that a good number of fans have stayed loyal to the show.

James Hurley performing what amounts to a classic song for the series is a big up as well, as it grants the show another level development and complexity that can entice fans to stick around and show them that the show is capable of bringing back that same feeling that kept fans coming back for more back in the day.