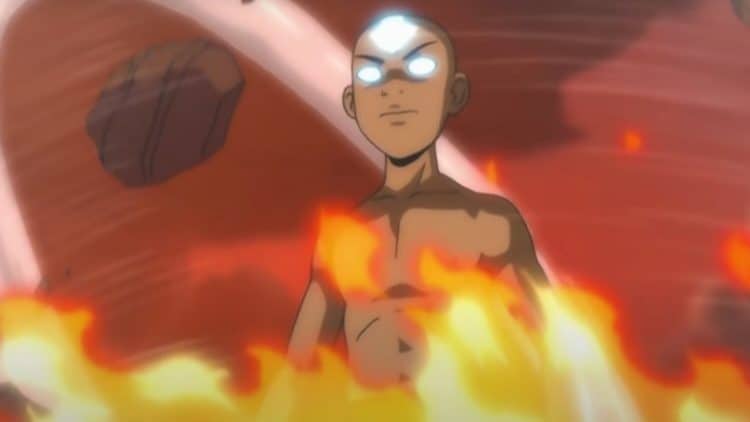 Usually we come to this channel looking for stuntmen that react to different movies, but this time around it’s to look at the animation in a few different series, including The Last Airbender. A lot of folks might not really know what goes into animation, but there’s a great deal of work here that would be wise to pay attention to since when looking at some series and the manner in which they use one image to indicate action and then appear to move it around the screen without really changing anything, it’s kind of off-putting. In a way it can be explained since less is more sometimes and a stationary image can tell a story just as well as a smoothly animated one can depending on the circumstances. But when it comes to animation a lot of people would admit that they want to see movement, they want to actually feel as though they’re part of the action and that they can gauge the story by how things are moving and what kind of actions are being taken. It sounds odd to speak of animation in such a manner sometimes but when one looks at how animation has changed over the years, going from simple 2D that didn’t move quite as much to the current series that can move in just about any manner that the animator needs, it’s easy to be impressed since the fact that animation can work much like live-action when it comes to point of view and moving in a 360 degree arc there’s something to be said for the skill and the techniques that animators have been busily cultivating over the years. That they work hard and sometimes very long hours is without a doubt, but to think that someone within the studio has been developing the kind of technology that gives animation the chance to track much as live-action features might, now that’s something that feels revolutionary.

Taking a look at various series such as The Last Airbender, The Legend of Korra, and a few others makes it obvious that animation kind of depends on the amount of time, the budget, and in some cases the patience of the animators when it comes to quality. For a series that’s been so hyped as of late, Invincible definitely appears to cheap out on its animation a bit, using stationary images for some of the shots and doing as little as possible in comparison to many other series. But then again, there is that ‘less is more’ idea that can tell a story by staying still while allowing the audience to fill in the details that they might otherwise be missing. It’s an odd way to go about animating a show in this day and age when a lot of people want bigger, better, faster, and are more about getting as much movement per frame as they can. The only downside, well, one of them, is that animation still takes a lot of work and drawing out one cell after another is going to take a great deal of time since it’s not just the sketch that needs to be finished, since the process for each frame eventually ends up taking quite a bit of time, and the overall process is something that requires the work of a lot of people in order to get it right.

It’s more than enough to just sit back and be impressed at what animators can do and how often they’re hard at work trying to entertain their fans. There are certain elements that one can’t help but wonder at when it comes to animating them, such as air for instance. People should have enough common sense to know that air doesn’t look as it’s depicted in one series after another, but the fact is that motion needs to be implied, which means that there will be motion lines in the background. And when air is being manipulated in some major way, the comment that it looks like water, but far less substantial, is pretty accurate since the billowing bands of air seen in The Last Airbender, the air that’s given form and shape by dint of needing to see something in order to keep the appearance of something happening, that has to be tough. Fire and water are tough enough to get right since the fact that both elements need to flow and to ripple in distinct ways that are indicative of each element is absolutely necessary in order to make it look right, but the fact that different forms of martial arts are brought in to influence how each element moves is also pretty astounding, as well as mesmerizing. Animators do have a tough job, there’s no doubt of this, but it’s amazing to see what comes from their imagination when all is said and done.