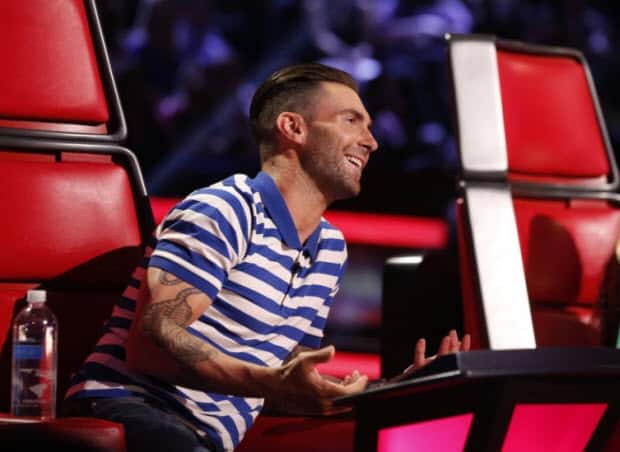 Season 6 of NBC’s hit show The Voice has hit the stretch run. Twelve performers were left after last week’s elimination round and they all performed last night in hopes they would be selected by us, the public, to make it to the top 10. Yes, before tonight’s elimination, in which two performers will head home, let’s take a look at who succeeded and who is on the bubble..

(For the record – poor Kristen Merlin had a microphone outage during her performance – way to go The Voice!)

Here’s the rundown in no particular order:

Bria Kelly (Team Usher): Kelly performed Adele’s ‘Rolling in the Deep’. It was somewhat of a let down, but trying to tackle Adele is no easy task. You can tell by the judges reaction they weren’t overly thrilled by it. Final Grade: B-

Delvin Choice (Team Adam): Choice decided to take on ‘Unchained Melody’, which was chosen by Adam. He did a very good job with this song and nailed some key moments. You could tell he was completely comfortable on stage and the judges appreciated his performance. Final Grade: A –

Dani Moz (Team Shakira): Shakira’s powerhouse singer decided to choose Pink’s ‘Just Give Me a Reason’. Unfortunately, the performance didn’t do Dani’s talent justice. It really didn’t. She has so much more than what we saw last night. I hope she survives. Grade: B

Audra McLaughlin (Team Blake): McLaughlin and Shelton chose to go with ‘Angel in the Morning’. She has an interesting voice and the performance is intriguing because it’s unique. Is she the most talented? No. But she has a unique sound that could get her through. Final Grade B+

TJ Wilkens (Team Usher): A strange choice to go with John Mayer’s ‘Waiting on the World to Change’, but it worked. It was a rocky start, but he caught up and got a standing ovation from Usher and Shakira. I don’t think Wilkens will win, but he did pretty good. Final Grade A

Christina Grimmie (Team Adam): Grimmie performed Katy Perry’s song ‘Dark Horse’. The fan favorite showed off the kind of powerful voice that is needed to win it all. Clearly, Adam has a ‘dark horse’ to win it all here. Final Grade A-

Sisaundra Lewis (Team Blake): Perhaps the leader in the clubhouse is Blake Shelton’s Lewis, who performed ‘Don’t Let the Sun go Down on Me’. She’s Tessanne Chin-like so you know what that means. Final Grade A

Kristen Merlin (Team Shakira): NOOO poor Kristen Merlin. She performed Sugarland’s ‘Stay’ and handled the technical difficulties like a champ. Shakira’s words at the end bring her to tears. We’re giving her an A for handling it like a pro.

Kat Perkins (Team Adam): Perkins performed ‘Magic Man’ by Heart. She certainly stepped her game up with her best performance to date. She kills this tough song and her coach knows it. Very well done by Perkins. Final Grade A

Jake Worthington (Team Blake): Jake decided to sing Travis Tritt’s ‘Anymore’. Look, the guy is so likeable. He has his guitar, his solid with his performance and has a unique charm. Unfortunately, this show doesn’t lend itself to that. Sad. Final Grade B

Tess Boyer (Team Shakira): Boyer and her coach Shakira decided to sing ‘I’ll Be There For You’ by Bon Jovi. She was technically amazing and the song was great. Unfortunately, there’s nothing massive about it and like Worthington she’ll get overshadowed by the flashy junk. Final Grade B+

Josh Kaufman (Team Usher): The final performance of the night was Kaufman singing Sam Smith’s ‘Stay With Me’. Despite struggling in rehearsal I thought he killed the song. He did an awesome job and the crown loved it. Final Grade A-

Two contestants will be eliminated tonight during the 8 PM show. I’m not saying who we think is going! It’s too early for that, but best of luck to everyone!