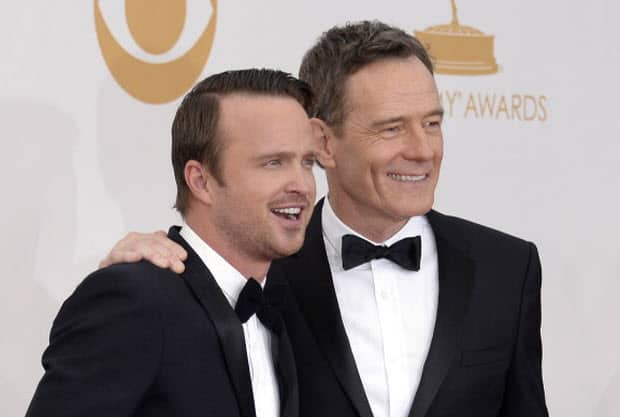 Few people, if any, had much criticism for the final episodes of Breaking Bad. Showrunner Vince Gilligan and his writing team really brought the series home, crafting a finale that no one could really find too much fault with. But that doesn’t mean he thought everything was perfect with the series as a whole. Turns out he has one major regret, but it’s about something relatively minor, if we’re being honest. Gilligan spoke to Entertainment Weekly about it:

“I wish Jesse’s teeth had been a little more realistic, a little more messed up,” Gilligan told Entertainment Weekly. “Aaron Paul has perfect teeth, and Jesse Pinkman, on the other hand smoked a lot of meth, and that smoke eats the enamel right off the teeth. Furthermore, this poor kid got beat up two or three times a season, and his teeth were still absolutely perfect,” he continued. “So if we could’ve done a little something to them…but on the other hand, Aaron is such a good-looking guy that maybe that counts as poetic license that we kept his teeth looking nice.”

He’s right, of course. People who do as much meth as Jesse Pinkman, not to mention got beat up as much as he did, do not have his face and teeth. The show did have it share of “authentic” looking meth-heads, but Jesse wasn’t one of them. And yeah, he really did have perfect teeth, didn’t he? To be fair, it’s one of those little TV realism concessions I think most of us are willing to make in order to not be grossed out by Aaron Paul’s grill for the duration of the series.