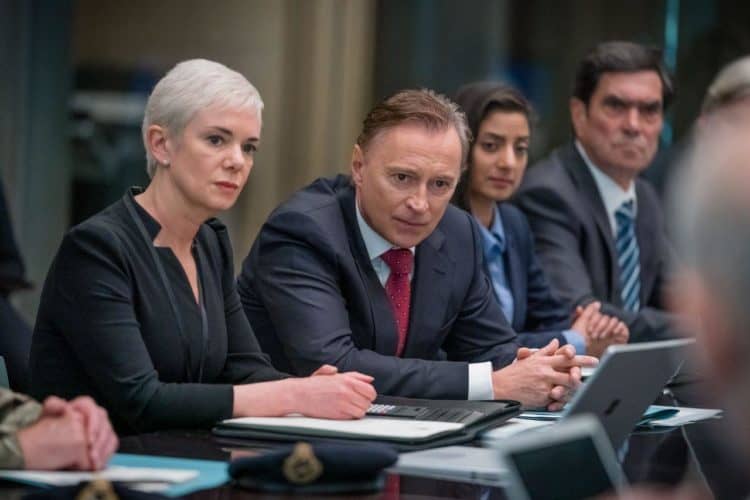 Do you know Victoria Hamilton? Chances are good that even if you do know the famous actress, you don’t know too much about her. You know her work, you know her skills and talents, but do you know anything about her life outside of her insane ability to act? We know she’s won awards, she’s been given a chance to show the world her talents, she’s a mom, and she’s a spouse, and she’s an actress, but what else is she? She’s someone worth getting to know, so here we go.

She was born on April 5, 1971. Her place of birth is Wimbledon, London. She was there most of her life. She didn’t leave the London area when she was growing up. Her family was rooted there, they were happy there, and they were putting their kids through school there. It was probably a lovely place for her to grow up.

Her family is from London, and that’s primarily where she spends her own time. She’s spent much of her life learning here, being trained here, and becoming famous here. She took what she called an unfashionable road to success when she decided to being her career on stage, and she did it in London. Clearly, it worked for her.

3. Her Family is Not Theatrical

Many times, people who go into the world of theater come from a family who was also in theater. There is nothing uncommon about this, but her family was not part of the theater when she was a child. She decided this was the route she wanted to take in her own life, and she took it.

Her education is quite impressive. She went to St. Hilary’s School, Prior’s Field School, and then to Bristol University where she intended to study English. However, she decided at the very last moment not to go to Bristol. She changed to the Long Academy of Music and Dramatic Art.

5. She Loves Where She Is

She’s nearly 50 and still playing roles that allow her to have a love story built into them. She feels that there has never been a better time in the world to be an actress who is not a young one who is still perky and in perfect condition. She feels more and more roles are being written for actresses over the age of 40, and she’s here for it.

6. She Doesn’t Have it Easy

If there is one thing that she hates hearing, it’s that she’s always winning awards and acting in a new show and that she is so successful, but she doesn’t feel it. She and her husband, Mark Bazeley, are both actors, and they do long periods of time between most of their work. She says that their time between jobs is spent drinking too much, crying and worrying a lot about where they are going to earn a living next.

She finds that comedy is something she is desperate to do. She wants to incorporate it into her career and into her life, and she’s going to do whatever it takes to make it happen. She loves it, and she loves that it’s what she was up to the first time she was in front of a live audience, and it gives her life.

She might be funny and witty and amazing at what she does, but she’s not sharing that much about her life with just anyone. She likes to keep things to herself, and she likes to keep it private. Her entire life is hers to live, and that’s the best feeling. But, it’s even better when you get to do it while being famous and still having some privacy at the same time.

9. She’s Been Married Over a Decade

Really, there is no perfect way to be a mom. You can work and be a mom. You can be a stay at home mom. You can be any kind of mom you want, but you’re never going to be perfect. She’s been perfectly imperfect as a working mom who makes amazing movies and shows and productions for a living, and she’s done so raising her two kids. We think she’s killing it.