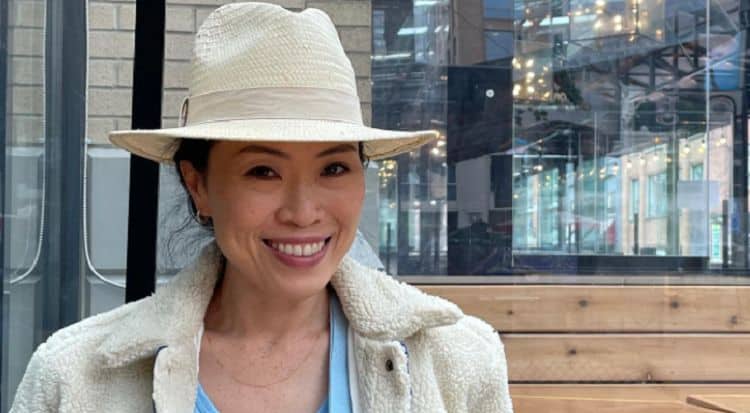 Vanessa Kai is currently lending her talent to her character on the hit show Kung Fu, and she is doing it with the kind of ease only someone with so much talent can do. She is the kind of actress who is nothing short of fascinating, and we are not talking about just how lovely she is or how good she is at her job. She is good at so many things, and we find ourselves curious to learn as much as we can about her and the life she lived that’s led her to this place. Who is she and what is she like? We can tell you here.

She’s a born and raised New Yorker. Her parents raised her in the city, and she loves it. It is home for her, and she will likely never love another city more, and it is completely understandable. There is magic in New York City.

2. She Legally Changed her Last Name

Even when she was young and attending high school, it was with the sole purpose of studying acting. She was a student at the LaGuardia High School of Music and Art and Performing Arts. While there, she took in everything that she could and made it her own.

Following her high school graduation, this talented actress enrolled in college. She was a student at the New York University Gallatin School of Individualized Study. She did not, however, focus on acting as a path of study while she was there. She studied both Sociobiology and she studied Psychology.

5. She’s Been in Everything

If you think that this young Kung Fu star looks familiar, is because she is. She’s been in just about everything you’ve watched. From Orange is the New Black to Gotham, she’s been around the block a time or two sharing her talents with the world.

6. She is a Theater Lover

She found her love of telling stories in the theater, though she does admit so much has changed over the years. The theater is an ever-changing situation that doesn’t always stay the same, and she loves it. After a three year break from acting, she found that the theater was so different than how she left it, and she found herself wondering what she could do to tell her own stories with the changes.

One of the most important things Kai has learned as an actress is to ask questions. If you don’t know something or find yourself confused or questioning, just ask. Collaboration, in her opinion, is what helps her succeed in her field.

8. She was a Curious Kid

Like most children, she was curious. She asked her mother a million questions at a time (oh, is she my son?) and her mother would laugh and tell her to stop as moms tend to do by the time they’ve been asked why or how come for the 800th time in a 5-minute timeframe. Her curiosity, however, has helped her grow into the woman she is now.

9. Her Costars are Family

She does make it very clear that the men and women she’s working with in this show are her family. She loves her own family, of course, but she has to think of her cast as a family when they are filming because she traveled far and had to be away from her own family at that time. They became family to one another during those times, and it’s been very special to her.

Vanessa Kai is a woman who values her privacy as a woman. As an actress, she is happy to spend time talking to the press and providing interviews, but as a woman, she is more guarded. There are simply certain aspects of her life that are not anyone else’s to know, and she is protective of that.