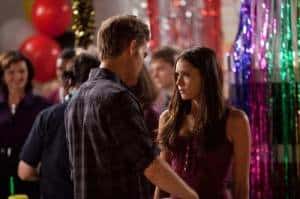 This is a review of “Brave New World”, for Mark O. Estes in-depth recap of the episode Click Here.

Last weeks excellent premiere of The Vampire Diaries danced around the issue of what Katherine’s motives were for returning to Mystic Falls and whilst we are still none the wiser as to the why (her love for Stefan is clearly not it), this week was about the consequences of her actions. This is no more apparent in heartbreaking transformation of Caroline, who like the Carter the carnival worker is a victim of wrong place, wrong time.

It would be easy for Caroline to become another Vicky, who as Damon reminds us was staked at a school carnival the year before; would this be a case of history repeating? The protection sandwich of Elena and Stefan that halted Damon from staking her was particularly brilliant and stopped her from ending up as Vicky had. Another big difference between the two is that Caroline is not a drug addict like Vicky, but a control freak and so her impulse to feed is not as erratic. The shocking element of Caroline’s transformation was that her first feed occurred before the title card had appeared once again demonstrating that this show moves with pace and purpose. What also made this tragic was that she went through these changes by herself, figuring out how to compel, that sunlight would kill her and that blood was what she needed. Though this led to one of the episodes funniest moments when she compelled the nurse to say her bite mark was due to her husband, who likes it kinky. As for poor Matt he remarks that he can’t handle losing another person that he cares about so hopefully they can make a go of it even if she can only go out after sunset. With the absence of her vampire hunting mother this episode it is intriguing as to how long it will be before all is revealed to her and knowing how wonderfully quick this show moves I’d anticipate that it won’t be long.

Damon’s erratic actions led him to almost become witch kindling this week with Bonnie keeping her word that she would destroy him if another drop of blood is shed and it probably didn’t help that Carter the carnival guy who she had flirted with was lying dead a few metres away, though as Damon points out, this time it really isn’t his fault. Is this reaction down to her own guilt as Caroline would not be how she is without Bonnie’s part in the vampire device? Bonnie is definitely one of the darker elements of the show right now and it would be great to see her channel this darkness in helping with the Katherine situation, meaning that she would have to work with Damon, and this might be a stretch but could this conflict turn in to something more romantic? After all hate is the start of a love story and not the end right?

There is a new supernatural element in town that got explored a little further and the pieces are slowly being put in to place with the Lockwood werewolf mystery, though it is a surprise that neither Damon or Stefan seem to think that werewolves are a possibility banding them together with zombies and Ninja Turtles (hee) as entities that don’t exist. Seeing how fast and strong Mason is makes an interesting prospect of how he will match up against the Salvatore brothers if it comes down to it, which seems a likely event.

This was a strong episode for Stefan who got to help Caroline in the manner in which he tried to help Vicky, and this time it seems to be a success in both calming her down and showing her how to control her impulses. The scene of them in the bathroom whilst he cleaned her up was touching and possibly the strongest of the episode, Candice Accola and Paul Wesley both performed outstandingly in this moment.

I’m glad that amongst the upheaval and uncertainty there was room for a moment of romance with Stefan giving Eleana the normal moment she craved, even if jumping to the top of the ferris wheel is less than normal. Though the warning at the end that it isn’t going to get any easier was hopefully a sign that the season is going to continue on this already brilliant path. A 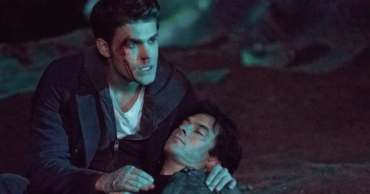 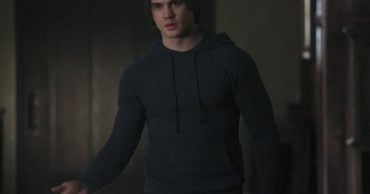 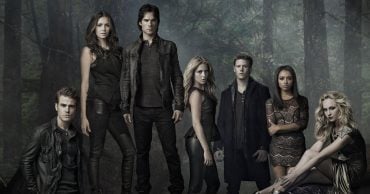 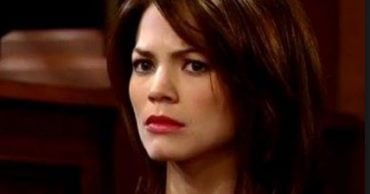 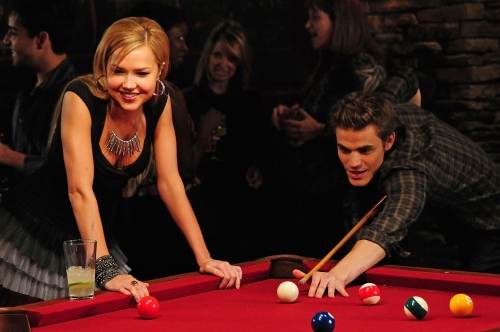 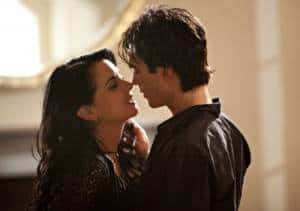