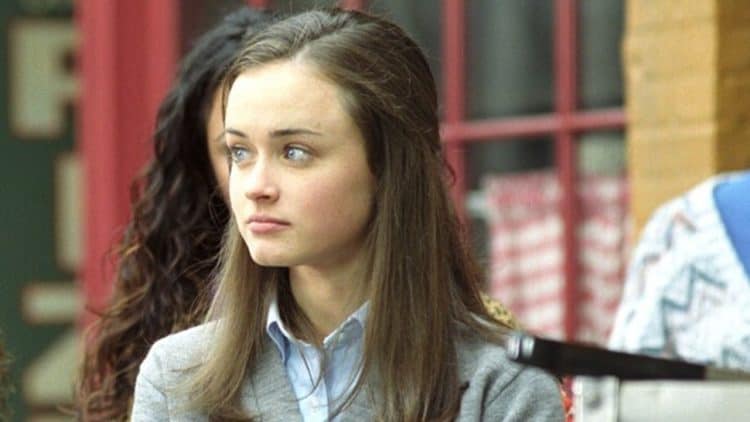 Rory’s all grown up now, as we saw from Netflix’s special reboot of Gilmore Girls in 2016. The revival show, Gilmore Girls: A Year in the Life, was set a decade after the original series ended in 2007. Rory’s character, portrayed by Primetime Emmy Award winner Alexis Bledel, has become a TV icon over the years. She had both beauty and brains, and she was the girl that no one could hate. It’s been a while now since Gilmore Girls first put Rory in our lives, and we definitely miss watching her wholesome character on TV. Thank goodness for Netflix, and at least, we’ve got these five characters that somehow remind us of Rory Gilmore.

She’s quirky, and she’s incredibly smart. She also happens to be Mrs. Oliver Queen in the hit CW series, Arrow. US Magazine recently reported that actress Emily Bett Rickards is leaving the show after 7 years. Her character, Felicity Smoak, initially exhibited a lot of Rory’s qualities. She was shy at first the way Rory always had been and incredibly soft spoken. Over the years, Felicity became bolder and tougher, and she eventually found her purpose and sense of self in later episodes. Although the two characters were in different age groups in their specific shows, the genius was a bit similar. Felicity may have been smart in all techy things and Rory may have just been a bookworm, but they were both geniuses in their own right. In addition, while the genres were complete opposites, Felicity and Rory still undergo through similar character development throughout the seasons of their shows. If we could recast Rory all over again, Emily Bett Rickards might be a decent option.

It’s difficult to find a replacement for young Rory Gilmore, and it’s hard to picture the character to not have Alexis Bledel’s facial features. Older Rory, however, was a completely different person. And everytime we saw Zooey Deschanel on New Girl, we couldn’t help but think about Rory. The similarities are definitely there. The brown hair, the infinitely fair skin, and the bright blue eyes were just some things that both Deschanel and Bledel have in common. We could totally picture a younger Deschanel playing young Rory, and she’s a definite shoe in for the character if ever there would be another reboot for the Gilmore Girls series. New Girl ran from 2011 to 2018, and it revolved around Jessica Day, a teacher in her 30s who found herself living with three strangers after breaking up with her boyfriend. While the premises of the shows were completely different, the comedy and the drama were there for both. We could even picture actress Bledel playing Jessica Day in New Girl. The two actresses are basically interchangeable with how closely they look alike.

Okay, maybe Rory Gilmore didn’t have any superpowers, but she still had a lot of power over some things in her life. First, her grandparents were stupidly rich, so she was able to attend private high school and an Ivy League university for basically free. She also had the looks of a goddess, so in some sense, she could have had any guy she wanted. Rory also had incredible brainpower, and she could’ve used that to achieve anything. In some way, she’s more like Supergirl than anything. However, Kara Danvers aka Supergirl is just like Rory in some ways. She has a high moral standard, and she sees the good in everyone. She’s innocent in many ways, and according to this article from Screenrant.com, Supergirl feels better when everything goes according to plan. Supergirl also goes out of her way to help other people out, and she really tries to be the best that she can be in everything she does. If that doesn’t sound like Rory Gilmore, we’re not sure what else could.

We have to separate the superhero persona of this CW character for this to work. No, alter ego Killer Frost definitely doesn’t remind us of Rory Gilmore, but the regular character of Caitlin Snow surely does. Snow’s character from the hit TV series The Flash is quite reminiscent of college-age Rory. Played by actress Danielle Panabaker, Caitlin Snow’s character is soft-spoken but sure. In fact, when Rory went off to college, she was a little surer of what she wanted to do in life. She was still naÃ¯ve in many ways, but her smarts compensate for a lot of it. Caitlin Snow’s character is a medical doctor in the Flash series, and much like Rory, she uses her smarts to get herself out of many troubling situations. Of course, that doesn’t mean that she’s invincible. It’s quite the opposite, actually. Both Caitlin Snow and Rory Gilmore shed tears when needed, and they both stand up for what they believe is right. It also helps that Danielle Panabaker has similar features to Alexis Bledel.

We know what you’re thinking. Randall’s a boy, and he’s also African American. If you could just get past the physicality of it all, you could see just how similar Randall from This Is Us to Rory Gilmore. We’re thinking about young Randall played by child actors Lonnie Chavis and Niles Fitch. Young Randall is a certified genius, much like Rory Gilmore was. He’s timid, and he’s mostly about school and learning and books. Rory was exactly the same way. If there could be a boy version of Rory, it’s totally Randall Pearson. We’re sure that you’re getting it now. Nothing was more important to Randall than getting into the best college. Again, that’s how Rory was in high school. The genius aspect may be only one main similarity, but both characters–young Randall and young Rory–were defined largely by their gift of genius. This article from Popsugar.com tried to convince viewers that Randall’s practically perfect. We thought that about Rory too. But we all know now that both characters are far from perfect, but we still love them anyway.