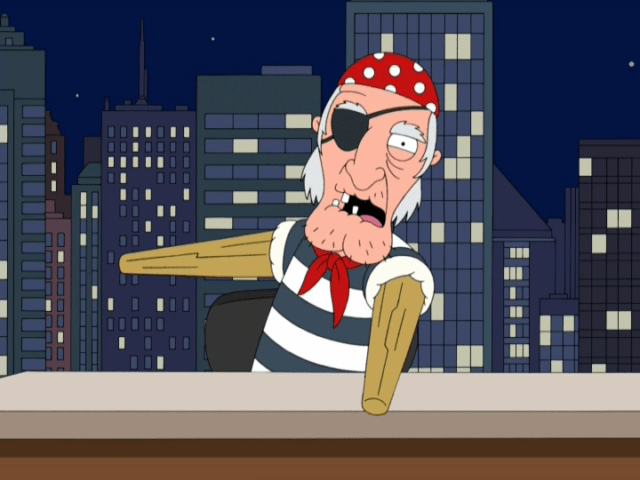 The eyepatch look has been a thing that people used to associate with daytime soap operas, pirate movies, and spy films with a very over the top evil villain. They’re supposedly stylish and don’t come off as a little tacky, but in truth they seem a little, well, overdone. Should a character in a TV series lose an eye then it makes a lot more sense to cover it with a patch. After all, very few people, other than guys like Negan from The Walking Dead, want to see a red, gaping hole where an eyeball used to be.

Here are a few current characters that sport the one-eyed look. 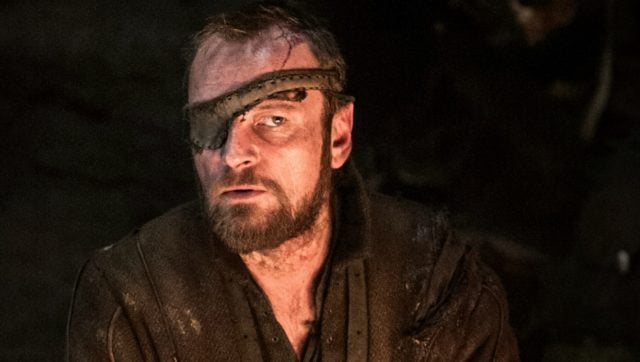 So he nearly gets chopped in half and then gets resurrected as is the norm for him, but the same god that brings him back can’t give him back his eye. That’s curious don’t you think? Anyway, Beric lost his eye originally when he was captured by soldiers of house Lannister and charged with treason. Between the options of hanging and sticking a dagger through his eye they couldn’t decide, so they did both. Now he sports a dirty rag over the gaping hole in his face as his eye never seems to get returned with his life.

Oh the shame of it, the ruthless cunning and the dedication to the role. Count Olaf is without a doubt a very nefarious character and proves this as he seeks to torment the Baudelaire children relentlessly. In his Captain Sham disguise he’s about as ridiculous as he is in his original getup, and easily spotted by the kids despite the fact that no one else seems to notice. 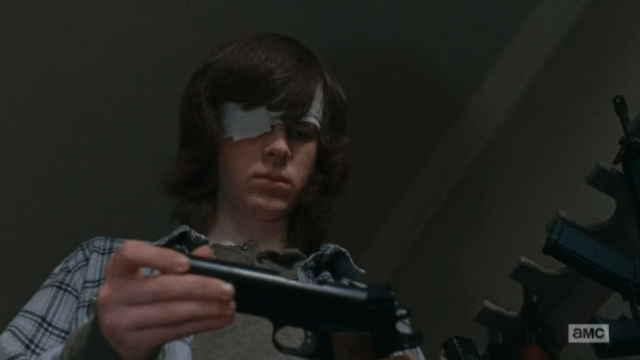 Talk about the wrong place and the wrong time. Surrounded by a herd of walkers, smothered in walker guts, and trying to escape a town that’s been overrun, Carl and his father are attempting to escape along with a mother and her two sons when of course something happens and their cover is blown. The mother and sons don’t make it, but the older child nearly insures that Carl won’t make it out either when he shoots his eye out, literally. Once he recovers Carl opts for wearing a rag over his head at all times until the villainous Negan demands that he take it off so he can see the damage. Not cool Negan.

There’s nothing to it with this guy. He’s blind in one eye and so he wears a patch. But his body is also made of wood, which makes one wonder why he’s still alive. The answer? Hollywood cartoon hoodoo. Boom. 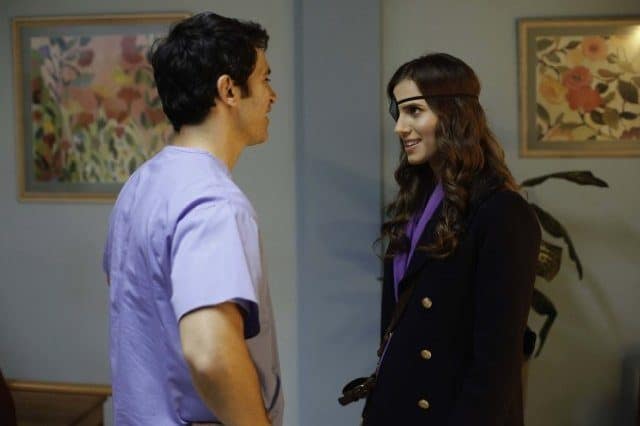 You never knew jogging was this dangerous did you? Who could have possibly predicted that a pigeon would ever attempt to dive bomb a jogger minding her own business as she made her way through the park? It’s fun to attempt to reason this one out, but there’s probably a lot more simple explanation to it, like the writers got bored and wanted to do something “out there”.

The eyepatch look is kind of a dodge in some cases as it seems to wrap up a small part of the story in a neat little package. In another sense though it does add another layer of development and even mystique to a character, until you find out what happened to their eye. Then it’s just a prop. 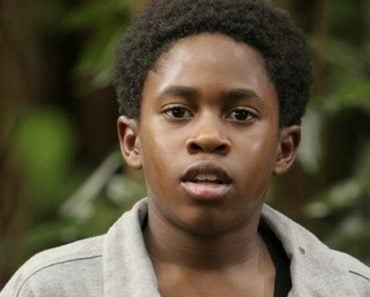 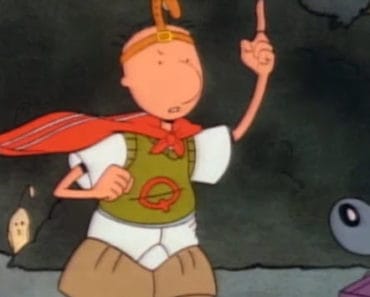 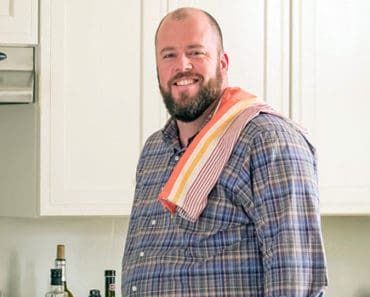 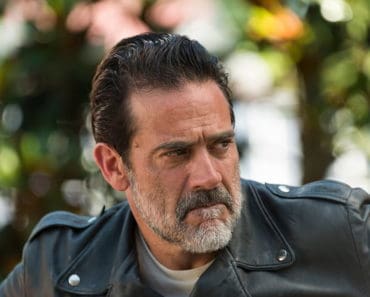