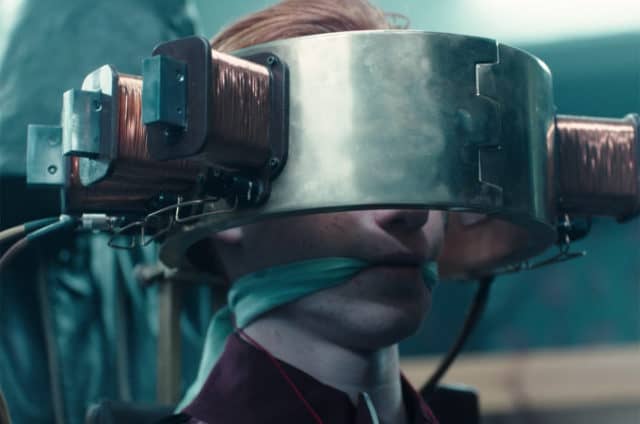 “Dark” is the Netflix supernatural mystery thriller from Germany that isn’t going to fit very neatly into a puzzle box; however, it is one show that is definitely intriguing and addictive. Originally, this show was created around a missing Winden boy, but the storyline takes it beyond the small town’s borders. In fact, the time travel element in this story is somewhat of a confusing topic and it seems as though there are quite a few young boys who have been caught right in the middle.

If you are a bit confused by this series, you definitely aren’t alone. Some of the top questions about “Dark” right now can be found here.

When is the Character Jonas?

At the very center of the show is Jonas Kahnwald, played by Louis Hoffman. This is an interesting young man who has a complicated genealogy that is tainted with time travel. In the final scene, he is emerging from an underground bunker into a world that is full of all types of destruction. At the end of the scene, he is hit in the head by a young woman who says, “Welcome to the future.”

What has Happened in the Future?

Regardless of the year that Jonas is in, it is pretty clear that he has entered into some type of post-apocalyptic landscape. This may be why so many new characters are going to be coming in Season two. After all, even if the year has progressed to 2052, a number of the people who were met in 2019 would have died due to a seriously destructive event, or if it is further in the future than that, they would have died due to old age. It isn’t clear why the world is on fire, but with the amount of people holding guns, there must be limited resources.

What or Who is the Character Noah?

Noah, played by Mark Waschke, is the priest who is trying to unlock the secrets of time travel by experimenting on young boys in a way that kills most of them. It is important to note that he has already seemed to have discovered the secret behind eternal youth, which may be indicative that he is also a time traveler. However, there is also the possibility that he is something more supernatural, such as the Anti-Christ.

Is there a Significance Behind the Trinity Knot and Back Tattoo on Noah?

The back-tattoo Noah has may be the most obvious sign of his beliefs. This tattoo depicts the Emerald Tablet, which is an ancient text that talks about prima materia, which discusses the essence of all matter and what has to be had to make something called the philosopher’s stone. The trinity knot is a pagan symbol, which may be another depiction of his true beliefs.

What is the Character Claudia Really Up To?

Noah believes that Claudia is going to be doing evil. However, she has been traveling through time and connecting all of the characters on the show.

If you want answers to these questions, make sure to tune into the upcoming season of “Dark.”