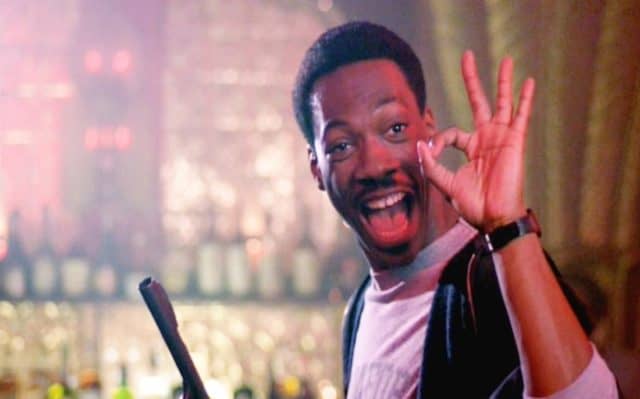 Cop films in the 1980’s were genuinely funny and in some cases seem to have no real point other than to just be hilarious. Seriously, a lot of them were character-driven and kind of disregarded the plot altogether in order to focus on the actors as much was humanly possible. But that’s what made the movie. Once cop movies started getting bogged down by the premise and multiple plot points everything just kind of went down a very bad path and films started pulling away from a winning formula. That’s an opinion mind you, but it’s one that I happen to think a lot of people tend to believe.

Anyway, here are some of the funniest cop movies from the 1980’s.

For some reason it’s easier to see Billy Crystal as a comedian and not a cop. He does great as both in this film but the stigma of him being typecast into the role of the sarcastic funny guy has been something he’s had to deal with for a long time. It’s really his niche to tell the truth but at the very least it seems to fit in with the role of a police officer.

Buddy cop films were a big thing for a while and this pushed over into the 1990’s and beyond. But the problem with them is that there has to be some form of chemistry even if it’s a hate/hate relationship such as you see in this movie with Eddie Murphy and Nick Nolte. The two don’t like one another right from the start, and even if they start to tolerate each other there’s still that dislike between them that never really goes away.

Remember what I said about buddy cop films? It doesn’t just extend to humans. Turner and Hooch almost started a movement that made man and man’s best friend a very real thing in movies and could have turned out to be something uniquely interesting. The only issue is that the same thing released over and over can get very old very fast.

This is one of those cop films that you never forget and tend to hold as an example for all other films that come after it. In truth it wasn’t anything special but the acting and the fact that Eddie Murphy is one of the funniest men alive had to be the main draw. He’s been so raw with his comedy in the past that people responded with shock and awe as well as admiration for the guy since he didn’t pull any punches.

Hands down this movie is what a lot of people think of when you say ‘cop movie’. It might not be the greatest film to ever be made but it’s one of those that people can agree is one of the funniest examples of life in the police academy. Obviously it’s not entirely realistic but it’s even funnier for the fact that the pranks that are pulled along the way are nothing short of hilarious.

The 80’s definitely provided a good supply of cop movies.