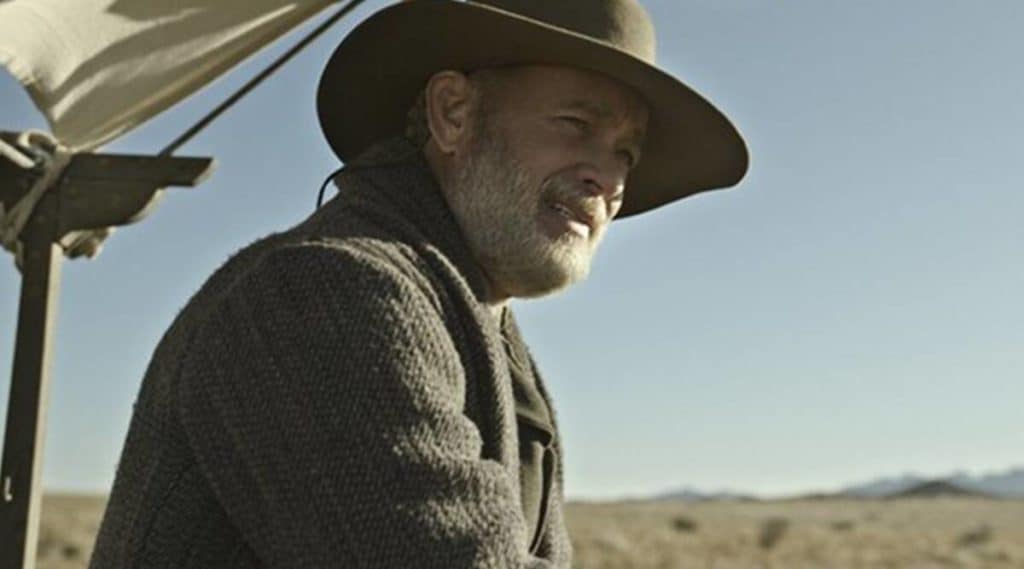 Well, it doesn’t sound as though Tom Hanks is going to have an extensive role in 1883, the prequel to Yellowstone, but the fact that he’s going to be there at all is enough to raise a few eyebrows since the battle of Antietam is going to factor into the story somehow as James Dutton, the patriarch of the Dutton family, will be headed north to Montana with his family to settle. This has been the story thus far leading into the prequel series, and the trailer has made it clear that Sam Elliott will play a big role in the coming show as well, as will Tim McGraw and Faith Hill as the founders of the Dutton clan in Montana. As far as others such as Billy Bob Thornton, it’s going to be interesting to see how they’ll factor into the show in the days to come. The big hope of course is that the prequel will last long enough to tie into the main show, even with well over a century existing between the stories. But if we can at least be given an image of a young John Dutton and the manner in which the Dutton ranch was created, then it will be worth it.

It wouldn’t be the first time that a big star was hyped up for a role only to pop in and then pop out. It’s uncertain how long Hanks will spend on the show, but according to what’s been revealed at the moment it might not be all that long. Again, it could just be the novelty of having him there that might be worth the kind of attention that’s been given to the matter already, since big stars making their way to TV shows is, at times, a big deal for a lot of people. Of course, given that a few big names have already graced Yellowstone should be a big deal as well.

Kevin Costner, Will Patton, Wes Bentley, Cole Hauser, and several others are names and faces that people have seen before in many different productions, but the distinction between them and Tom Hanks is something that could be explained with a fair amount of ease. The simplest explanation is that Tom Hanks is a legendary actor in his own time, while those that make up the cast of Yellowstone are highly talented but, with the exception of a few, are not at the same level that Hanks is. It does feel that he should stick around for an episode or two just to make certain that people get to see him a bit, and perhaps that might happen, but as of now all that’s really known is what has been seen in the trailer, and what’s been revealed in one article after another. It would be interesting to see if the Dutton’s are bound to be roughly the same from their beginning in Montana to the manner in which their descendants now react to the world around them. It’s already been established that the Dutton’s obtained their land from the indigenous peoples that had once lived in the area, however that happened, so perhaps we’ll get to see the way that this all went down.

Unless the Dutton’s had a serious amount of firepower on their side it’s tough to think that they could have taken that much land with just a single family, especially when it’s possible that the native tribes had far better knowledge of the landscape and ar more warriors to protect their people. But then, as history has taught us, the early settlers didn’t exactly cover themselves with glory when it came to taming the west, which means that from land grabs to stealing the homes of others, settlers were anything but innocent quite often as they did tend to invade in a manner that was called settling at times. That’s why the question of how the Dutton’s obtained their land is so important since it leads into the current story and why John Dutton’s enemies are attempting to take his land away from him. When it comes to Market Equities it’s kind of ironic to think that a man whose family snagged the land for themselves is now being threatened by those who have nothing to do with the land now want it for their own purposes. With the tribe, well, it’s a matter of blaming past generations for what they did and demanding something while muddying up the history in an effort to gain an advantage for one side or the other.  In the end, it’s a story, and a compelling one, that many people can agree is bound to come to a head sooner or later. Seeing Tom Hanks in this series is bound to be a short and sweet moment that a lot of fans will be looking forward to.