Home
Entertainment
Kevin Costner Explains Why He Doesn’t Do Sequels 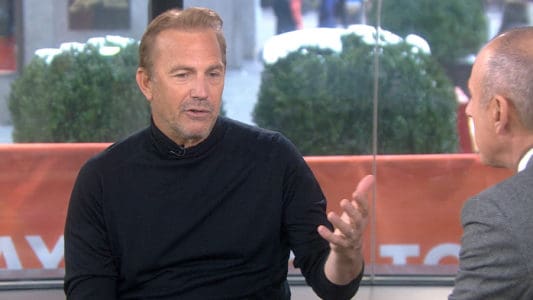 You can say you like the guy, but for those that aren’t crazy about sequels that don’t need to happen and don’t make sense, Kevin Costner is your guy. The famous leading man has been in a lot of movies over his time, but he’s almost never appeared in a movie that could be called a sequel. There’s a simple reason for it too, if he doesn’t like how the second movie is looking, he won’t bother with it. How simple and how admirable is that? He won’t mess with a movie if he doesn’t like how it looks, and that’s just great since it’s likely saved his career in a big way while allowing him to stick with movies that he believes in or at least wants to try since he has been in a handful of movies that really weren’t that great. But they didn’t turn into sequels, which was great since a lot of his movies have felt pretty complete, and trying to push them towards a sequel wouldn’t have made a lot of sense. Think about for a moment, most of the movies he’s taken on just wouldn’t feel that magical had he continued to push the story forward, and it’s a thankful thing that he didn’t.

Now if only more people would have this thought towards certain sequels, maybe more and more movies would be left alone and we’d have even more original ideas out there to play around with. That’s a bit unfair really since not only are there plenty of ideas still kicking around, but some sequels have been absolutely great. But with Kevin Costner’s movies, there are definitely several that are better off not getting a sequel since the main story might become watered down to the point that it wouldn’t make sense any longer. Just imagine a Dances With Wolves sequel or a Mr. Brooks sequel. The latter might actually be interesting after seeing how the first one ended, but it would still be kind of tough to pull off since people would have a good idea of what was about to happen. The point though is that sequels don’t always have to be made, especially if the initial movie was so cut and dried that the story could be left alone without needing to embellish on it any further. But the sad part is that Hollywood execs and studio heads don’t see it this way, and they figure if the idea was great the first time around that they make some serious bank from a second movie, and a third, and so on and so forth. And sometimes they’re right.

There are those movie series that manage to go somewhere and despite a few ups and downs, they might still be successful enough that they can continue to push forward. It would explain why some of the bigger franchises in cinema have existed for this long when in all likelihood they should have been long forgotten by now based on the quality of a few of the movies. Somehow though, a lot of sequels have been pushed, and a lot of people have continued to pay for them. I’ll admit to being guilty when it comes to various sequels since the story hasn’t been diluted quite enough to lose interest, and curiosity is hard to get away from. But some sequels just aren’t necessary in the least bit, and the sad part is that studios know this and are still pumping them out anyway in a bid for more and more money. It’s how the industry works though, and a lot of people are used to it. Somehow Costner has been able to stay away from it for the most part, and good for him. There are plenty of actors that haven’t returned for sequels since they didn’t like how the script turned out, but a good number of actors will come back if the price is right, no matter if the script isn’t that great and the story has been mucked up somehow.

Kevin Costner doesn’t really stand out as a sequel kind of person anyway to be quite honest. Most of his movies see him as the reluctant hero or the working stiff or the individual that’s there to mentor someone and guide them down the right path before being allowed to go on his way or rest easy. He’s the kind of actor that often takes the roles that see him as a type of authority figure that isn’t always the traditional type of authority, but someone that bends the rules occasionally and does things his own way. But he’s definitely not seen as the sequel type of person that will keep coming back again and again since he’s done his best to avoid it to this point in his career.