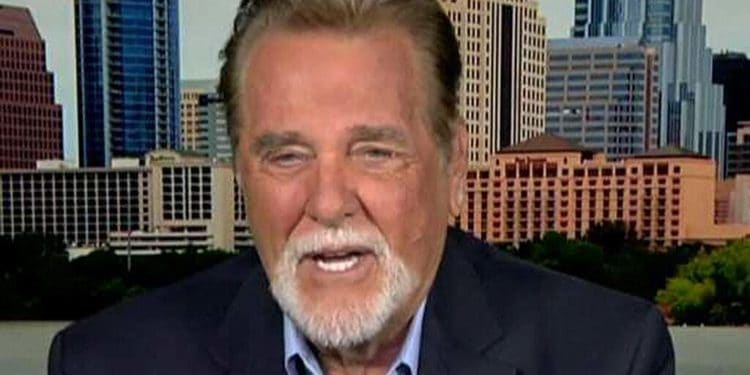 Just to get it out of the way, Chuck Woolery is still active, but these days it’s on a podcast of his own making and not so much on TV as he became known as one of the most prominent hosts on the tube in his time. A lot of people might not remember that he started out in music and did moderately well but never really went anywhere with that aspect of his career. In fact a lot of people are more likely to recall his time on The Dating Game since it was one of the shows he was know the best for while in truth he was seen in several game shows, not the least of which was Wheel of Fortune, where he predated Pat Sajak, who became a very widely known commodity for the show and essentially replaced even the memory of Woolery. The whole issue that came to light with Wheel of Fortune is stated to have happened when Woolery bothered to ask for a massive increase in salary from around $65,000 per year to around $500,000, which might sound like a bit of insanity to many people since the jump from one number to the next is so steep. At one point he was offered $400,000 with another party offering to cover the extra $100,000, but when Woolery threatened to take the show to a different network NBC decided to withdraw the offer and move on without him. From that standpoint, even if other hosts were making the money he was demanding, it definitely paints Woolery in a very superficial and greedy light given that making over $60 grand a year back in those days was considered to be quite successful. But of course when it comes to TV things tend to take a decidedly hard turn towards the ‘pay me’ attitude that grants people the nerve and the ability to ask for the moon without doing as much of the work.

In recent years he’s been seen as a controversial character by some and by others as a man simply speaking his opinions. In an instance such as this it’s usually a better idea to make up your own mind in accordance with your own views and how Woolery manages to present himself on his podcast when it comes to his political views. As an actor and a musician he’s definitely been a man that people have paid attention to and managed to enjoy for a good long time, but as a host for a podcast it almost feels as though he’s stepped into an arena where only the truly loud and obnoxious voices get heard, and everyone else will be labeled and pushed to the side. Woolery is definitely one of those that can work off of a past reputation of being someone that people enjoyed immensely in his heyday, but as of now simply mentioning his name in a crowd might get recognition from some and utter confusion from others. In other words he’s a name that has been associated with various parts of pop culture but hasn’t really dug in when it comes to public awareness concerning his political views and how he leans. In this manner he’s pretty much like anyone else, but with a chance to broadcast his views to the masses by banking on his name as much as possible.

Speaking seriously it’s not that he needs the money, as he’s worth a cool $15 million at least and therefore has the chance to live a very comfortable and secure existence that obviously allows him to speak his views and not worry about what kind of reputation he might gain among people. He speaks his mind, that much is true, and as people are allowed to do this so long as they’re not actively harming others it’s advantageous for him to have created a background that he can work from and a reputation that many people will use as justification to follow and listen to him as he talks about political matters in his own words. It might be interesting to listen to him for just a short time to see what he has to say and how it might align with the thoughts of many of those that bother to tune in, though it’s easy to think that he might say something that could possibly construed as capable of being seen as offensive since his conservative viewpoints are, as many can guess, not entirely popular with a lot of liberal crowds.

But this is the path he’s decided to take at this point in his life and after so long spent as a musician, an actor, and a game show host it’s a definite switch that offers a very different opportunity to be heard and to throw his political opinion in the ring so to speak.