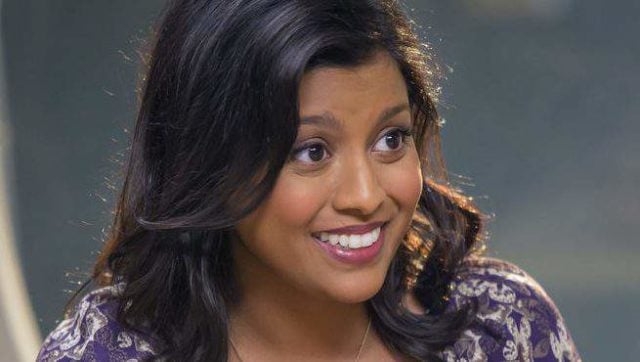 Tiya Sircar is still what you might call an up and coming actress. She’s established herself in the business without a doubt but on a level that still forces audiences to go and find her rather than have her being front and center for something that gets exposure on a wider level. There’s not a lot of doubt that she could be one of the many that could be taking over as time goes on and her efforts to keep up with her career continue, but right now she’s in a decent place since she’s been a great supporting actress and is doing what she wants it would seem. Every actor wants to be at the top of their game when they reach the industry, it’s an immutable fact that follows each person that has any dream of being in show business.

That desire might be greater or smaller in some people but it’s always there, and it’s the reason why they made their way to the big or small screen in the first place. Whether Tiya wants to be a big star is kind of in question, but the chances she’s taken already have secured her a position in Hollywood that won’t go away quickly unless she desires such a thing. As of right now though she’s popular enough and in the right place to advance if that’s what she wants. Just in case you didn’t know who she was however, here are a few bits of information to pass along.

10. She’s of Indian descent but she was born and raised in Texas.

That’s right, she’s American born and bred. She definitely has the look of her parents and their people but she’s as American as anyone and has no bones about her heritage and culture and will gladly share it with anyone that asks. After all this country was founded by immigrants that came from so many other countries, and their descendants are those that have helped to keep it going. Plus there are uncounted numbers of individuals from various races that were born here but look as though they had to cross a border. That’s been pretty normal for a while really.

9. She can speak fluent Bengali.

Tiya can also speak some French, Italian, and Spanish as well. It’s not known how fluent she is in these other languages but that’s still highly impressive as it opens up a lot more doors for her and grants a lot more opportunity.

8. Both of her parents are college professors.

Really this makes it seem like she had a lot of high expectations heaped on her from the start since having two parents that have benefited so much from higher education has to be just a little difficult. She did attend the University of Texas at Austin and received two Bachelor’s degrees, one in Business/Marketing and the other in Theater/Dance. So really she had a career in mind it looks like when she was in school.

7. She had a role on The Internship.

Alongside Vince Vaughn and Owen Wilson she was one of the teammates that was considered utterly hopeless since no one wanted to work with her. But when she and the others formed their team it took them a while to get going, but eventually they ended up being the stars of the show.

Sabine Wren was the one of the main individuals on the Star Wars Rebels animated series and was a trained Mandalorian as well. She took up the fight against the Empire after her weapons designs were stolen and used to harm her people and then took to traveling around with the likes of a couple of Jedi, a Twi’lek, and a couple of other crew members that were set against the Empire as well. In short she was a Rebel before being a Rebel was cool.

This was a show starring Zach Braff from Scrubs and Garden State and was about a guy that was essentially reinventing himself by opening up his own podcast company. It was a show about risky moves and what it took to succeed on one’s own, but unfortunately it got canceled after one season.

4. There was an idea to do a spinoff of How I Met Your Mother.

The title would have been How I Met Your Father, which is kind of predictable, but it never got to happen since the idea kind of blew up in the hangar so to speak.

She’s come a long way in only a decade’s worth of work.

2. She doesn’t get typecast that often.

Tiya often gets to take on very multicultural roles that don’t hem her in by using her Indian heritage. That’s a definite positive note for her and for anyone that decides to work with her.

1. She started classical dancing at the age of 3.

At this point she’s done ballet, classical, jazz, and modern, so she’s not just a talented actress, but she can also get out on the floor and prove her skills when she really wants to as well.

It’d be nice to see more of her, she seems like a very well-rounded actor.