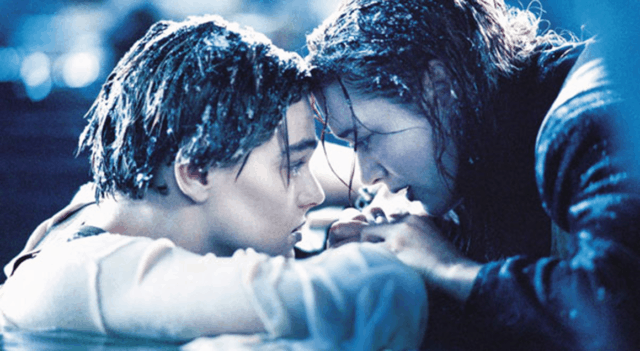 The time that Neil deGrasse Tyson called out a flaw in the James Cameron film Titanic is a perfect example of perfectionism at its most crazed heights. I get the idea of being a perfectionist, it’s something that a lot of people do and a quality that some admire in others. But there are times when it seems that this trait doesn’t allow people to simply be happy with what they’ve done or with the effort they put forth. Titanic was a visual masterpiece that people went to see again and again, sometimes viewing it multiple times in the same day. Do you get that? IN THE SAME DAY people would be sitting down to a three-hour movie. Now if that’s not the ideal for any film I don’t know what is. People were flocking to this movie in droves, and if women couldn’t get their husbands to come on the first showing they would get them on the next one, if the husbands didn’t want to go again the women would go alone. However sexist that sounds it’s very, very true. Women flocked to this movie more than anyone else since it was an epic love story that just happened to take place on a ship that was destined to sink.

But thanks to Neil deGrasse Tyson, James Cameron decided that he needed to add a little something extra, or rather edit something that Tyson said didn’t make sense. If you can believe this, Tyson point out that the star field in the film was all wrong. I won’t say ‘somehow he knew’ because this is Neil deGrasse Tyson we’re talking about. He knew that the star field for 1912 would have been far different than that which showed up in Cameron’s film. Don’t ask me how he knows that, he just knows since he’s that intelligent and has a knack for these things. But he noticed in a movie where a ship that was thought to be unsinkable had gone down and the people left in the freezing cold water were dying a very slow death. Now obviously Tyson would look past the dramatic aspects of the movie and focus on what he’s interested in, but Cameron actually made the changes according to Tyson’s comment, which I’m guessing maybe a small handful of people throughout the world MIGHT have noticed.

A field of stars, hovering over a scene that to the rest of the world wasn’t even known yet, as though watching the tragedy unfold, and Tyson noticed that they were wrong. A part of me would love to write Tyson and ask him just why in the world he thought this was pertinent. After all the story had already added in a bit of fiction for the sake of the plot, so why in a made-up story that features a part of history would anyone bother to notice the stars and how they were aligned? Well, Neil deGrasse Tyson did, because that’s what he’s interested in. ‘Nuff said I think.