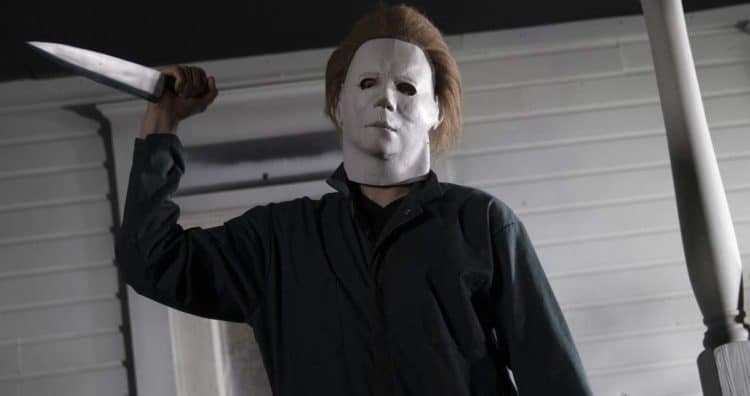 If it were getting any closer to October this would be perfect, but as it is, it’s still funny. For a long time now Michael Myers has been one of the biggest terrors around when it comes to slasher flicks, especially since for looking like such an ordinary character, he just won’t stay dead. He’s been shot, stabbed, decapitated, and he still won’t stop coming. It’s not hard to believe that The Merkins would come up with another way to make him even more appealing to more people since horror and parody have been going hand in hand for a while now, and people get a kick out of it. The fun thing about this is that he goes through a litany of nearly every key point that people are fond of remembering in the movies, ala Vanilla Ice, which is funny as hell since this song has been parodied several times throughout the years. Among the many horror slashers, Myers has been one of those that has somehow managed to stick in the collective memory of many fans and has, despite being slow and methodical, been deemed as one of the more entertaining of the bunch.

There are times when it’s hard to figure out the allure of the guy since he doesn’t move quickly, he doesn’t speak, he doesn’t play games, and he’s as inevitable as death itself since no matter where the people he’s terrorizing go or try to hide, he ends up finding them since the whole thing about Michael’s character is that he’s an unstoppable force, much like Jason Voorhees. Both killers have a reason they can’t die, and both of them are a bit ridiculous but widely accepted by the fans since they’ve been watching them this long and aren’t about to quit on them now.

There is a question as to when too much parody will override the horror of it all, and when Michael Myers and the bunch will finally give way to another batch of killers that are primed and ready to take over. That question might actually be met with a round of gasps and looks of disbelief. People aren’t quick to give up on their favorite characters, and suggesting that the group of slashers that have been around for decades might finally need to step aside and let a new bunch of iconic killers take the stage is something that feels as though it wouldn’t be widely accepted if only because it would appear that some of these villains have enough life left in them to either keep making movies or to at least live on the legend alone for a while before someone needs to come along and create another legend that will carry the torch, so to speak, for a while. So long as Michael and all the rest of them are being brought up in various ways like this then people are bound to keep watching and finding different ways to enjoy their favorite horror slashers. Until the day when there’s nothing else to be done with them, it’s likely that Michael and the rest will be seen cavorting about in a number of different ways since people see fit to make this happen.

One thing about slasher movies that gets old is that they’re way too predictable. One can usually tell who’s going to get away and who’s going to be killed, and sometimes in which order. The predictability is great for some people since they happen to like this part, but for a lot of other individuals it becomes kind of tedious since being able to accurately predict what happens in a movie is kind of boring really, there’s not that much surprise to it and on top of that, the point of watching the movie is kind of lost the moment that one can tell what’s going to happen at any given second. And yet some of the slasher flicks still keep getting made, while some of them have thankfully stopped. It’s still easy to wonder though if someone is eventually going to find the kind of ambition that’s needed to bring them back yet again. It’s kind of hopeful that they won’t and will allow someone else to become a new, breakout horror villain since there haven’t been a lot of good ones lately.

In any case, seeing Michael Myers as a rapping and dancing parody is a lot of fun since it’s an indication that people haven’t forgotten about the guy, but he’s definitely taken on a new look over the years as people have continued to hold onto the image. What might be in store next for the slasher is hard to say, but it’s fair to think that someone else will want to break out their version of the old slasher movies once again at some point.