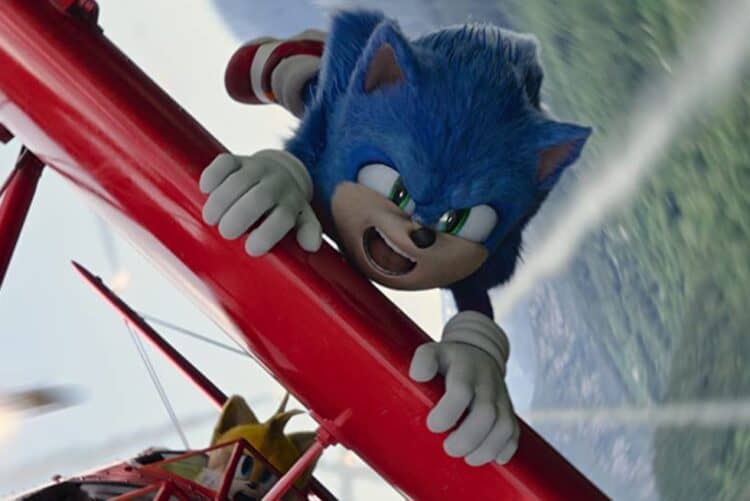 From the moment it was announced that Sonic the Hedgehog was going to be heading to the big screen, it was kind of easy to guess that he wouldn’t be a one-off character that would go away that easily. To be fair, people can easily agree that both the original and the sequel are entertaining as hell and display the character in a way that was likely expected, after a quick character redesign that kept Sonic from looking like a walking nightmare. When all was said and done though it became obvious that the first Sonic movie might have deviated a bit from the games, but this was ultimately necessary to turn this story into something that people would enjoy. The adventure that Sonic and Tom Wachowski, played by James Marsden, took in the first movie was fun since it showed that despite being powerful and witty, Sonic was lonely and needed a family. This made the acceptance of the character and his new human family at the end of the story feel as though it was bound to be fully accepted and at the very least capable of getting people on board with this idea.

The second movie did pick up with a few of the same ideas that the first movie began, such as the idea of family and what it meant to stick together. But it did progress the story in a way that made it clear that while Sonic is still technically a kid, he’s growing up and wanting to use the power he has to the greatest degree. Being sought out by Tails was an interesting development, as was the temporary alliance between Dr. Robotnik and Knuckles, a dim-witted but fierce and honor-bound Echidna warrior that has a deep resentment toward Sonic. When it’s made clear that Knuckles is seeking the Master Emerald the story becomes even more interesting, mostly because Sonic thinks that the artifact is more myth than reality.

But as the story plays out and Robotnik turns on Knuckles, which was easy to predict, it becomes obvious that the Master Emerald is a big deal since it’s able to grant immense power to the one that wields it. When that one is Robotnik it becomes easy to assume that he’s bent on settling the score with Sonic, but for all his intelligence, it’s not tough to see that his arrogance is what defeats him initially as he gives Sonic way too many chances. When even the combined skills of Sonic, Tails, and Knuckles aren’t enough to defeat Robotnik, it does happen that the Master Emerald, when broken, contains the chaos emeralds that grant Sonic the power to become Super Sonic, as he then proceeds to thrash the gargantuan metal monstrosity that Robotnik created. After using the emeralds though, Sonic does give up the power, much to the confusion of Tails and Knuckles. Before the movie ends though, a couple of things are established. Not only do Knuckles, Tails, and Sonic become accepted by the Wachowski’s, but the mention of Project Shadow is mentioned, just before the darker version of Sonic is shown in containment.

Right now the general feeling is that while the third movie can be just as good as the first two, there’s bound to be a balance that needs to be struck to give the third movie the feeling of being one more extension of the story while still being another adventure that belongs to the overall tale. It’s not certain if Jim Carrey is going to come back as Robotnik since to be fair, it does sound as though Carrey is giving retirement a lot of consideration, and it does sound as though he would need a spectacular script to even consider coming back. It’s even smart to wonder if the rest of the cast would want to come back for another movie, but again, if the script is great enough, it does feel like a possibility that such a thing could happen. But a good question to ask at this point is how far the story of Sonic is going to be allowed to go until it’s deemed enough.

It does feel as though following a trilogy that the story might be able to make its way to streaming if the transition can be worked in a manner that feels somewhat seamless. This idea could be geared toward a series considering how much lore there is to the story of Sonic and how much has yet to be revealed. It might be that new actors would have to be brought in depending on the desire of those who are currently in the movies to stick around. It’s optimistic to think that such a thing could happen since more and more big names are being used for streaming movies and series these days. But it does feel that a third movie is warranted, if not entirely guaranteed yet. If the script is given the kind of attention and care it needs though, this could be one of the more impressive trilogies to come about in recent times.