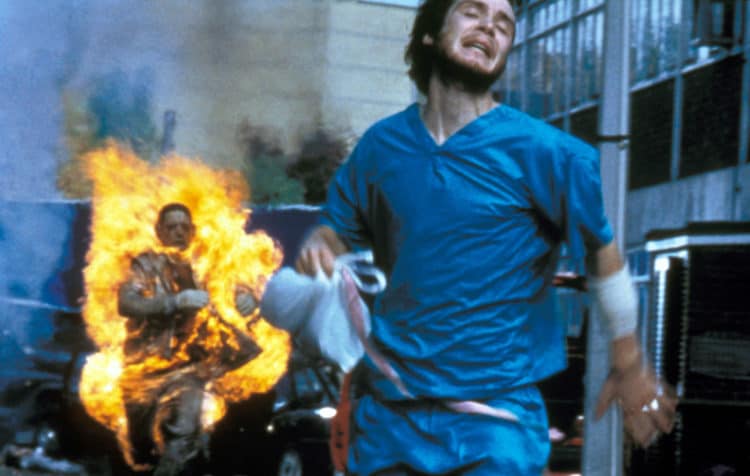 So you’re stuck in your house while the world burns down around you. Pandemonium is in the streets, toilet paper is worth more than gold, you’re scared, you’re uncertain, you’re wondering if this is the end. Your government—local, state, and federal—is telling you to stay indoors.

What do you watch?

Probably you have a backlog of “my list” entries on Netflix, 80% of which you will never watch, so you just scroll through the list, saying to yourself “do I really want to commit to YOU season two right now? One episode becomes five and I haven’t even showered yet…”

Maybe you decide to seek advice from the helpful hamsters who keep the internet wheel spinning: “Dear Google, what are the best movies to watch while quarentined?” and then the search results pop up…and then you click the “did you mean “quarantined” link and read the real results…

On a side note, I’m sure some ignorant person will see that a movie called “Parasite” won Best Picture this year and think it’s a really good horror movie about a killer virus. Instead they’ll discover one of the best movies of the past ten years and get a break from the Couch Burning on the Curb happening outside.

But if you insist on ruining your mind, damaging your already fragile psyche, and pushing you over the edge when the best thing for society is to calm down…let me help you. Here are the very WORST movies you should watch while under quarantine… 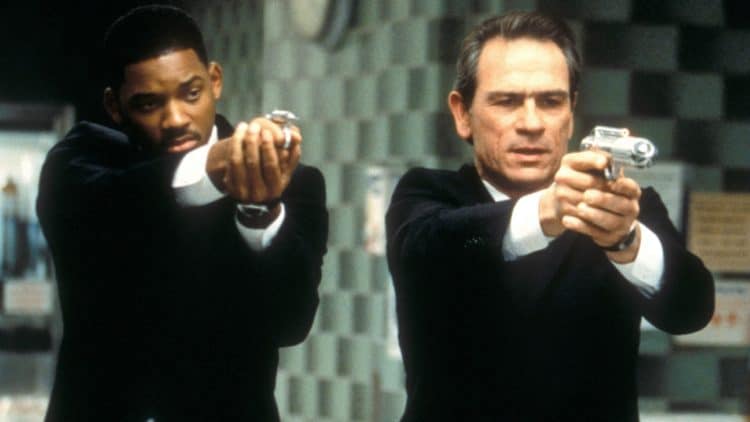 Ordinary Circumstances rating = 9/10. Released at the peak of Will Smith’s superstar summer blockbuster era, Men in Black is a wonderful blend of styles and genres, mixing sci-fi, body horror, buddy comedy, and 90’s popcorn charm into one perfect stew.

Why is it a bad idea right now = Do we really need to be reminded how much more competently-run our government was in the 1990s?  The days of containing a conspiracy as vast as a global and persistent extra-terrestrial presence are long over. We can’t even get test kits to hospitals that need them! And then there’s this line…

#BREAKING: A scuffle broke out at a Woolworths in Chullora this morning with patrons coming to blows over toilet paper, forcing employees to intervene. Bankstown police attended the scene and no charges have been laid. #9News pic.twitter.com/9TmDAStb9D

Not the right time, imo. 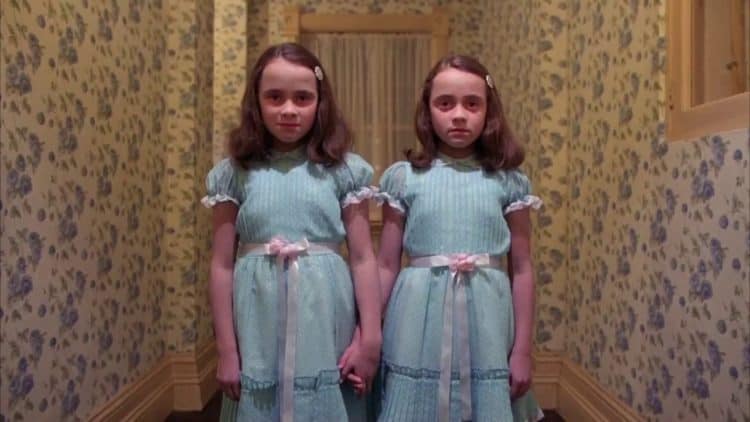 Ordinary Circumstances rating = 10/10. How many masterpieces can one director have? Hitchcock has at least seven. Spielberg has at least six. Kubrick has five, but to be fair he only made a baker’s dozen, compared to Hitchcock’s fifty and Spielberg’s thirty. The Shining is certainly among his masterpieces. Moody, bizarre, able to create a feeling of terror even when nothing of significance is happening, it’s one of the greatest horror movies ever made and an annual must-watch for me.

Why is it a bad idea right now = Well I mean it’s about a guy, locked in isolation with his family for an extended period of time before going bananas and trying to kill them with an ax. I’m not saying you’re going to turn ax-murderer on your family. I’m just saying someone is on that precipice and it only takes a little push. Maybe sit this one out till the outbreak has passed. 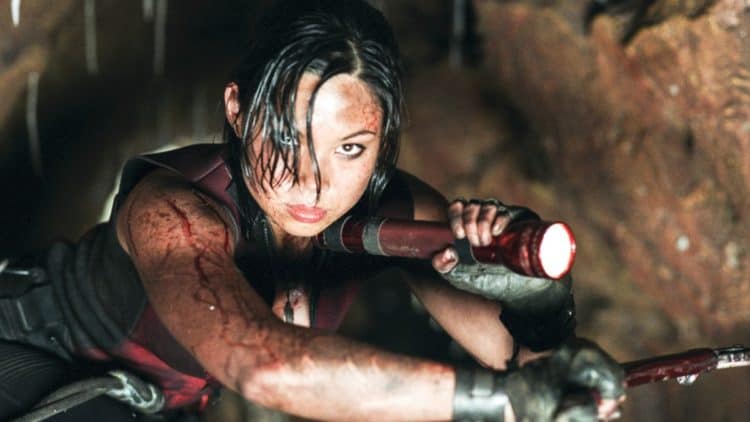 Ordinary Circumstances rating = 10/10. I am an avid horror movie junkie. I try to see literally every horror movie that comes out every year. I’ve seen schlock, I’ve seen psychological horror, I’ve seen B-Movie cheese, and blood-soaked gore-fests. I’ve seen them all, and after thirty years of watching them, I can say without hesitation that The Descent is not the best horror movie ever made…but it is my personal favorite. Everything about this movie works; the way the story slowly shows its cards over the course of the runtime. The way the villains are hiding in plane sight throughout the first act before finally appearing later. The original downer ending, perfectly suiting the mood of the story. This is a movie that I recommend to anyone who asks about seeing a scary movie. Just make sure you see it without any spoilers; no trailers, no thumbnails, no synopses, no nothing. Just turn off the lights and let it play out. It’s great. It’s all great. I love it.

Why is it a bad idea right now = It’s a movie about people who get trapped in a cramped, cold, cavern, fueled by fear and paranoia, before they find themselves slowly being hunted by evil both without and within their group.

Maybe not the best idea when you’re stuck in a house with your family or roommates.

Ordinary Circumstances rating = 9/10. Ordinarily this is a really great take on the typical zombie movie. I think what works best about it, ironically, is everything besides the zombies. The movie made its mark by having “zombies that run,” in contrast to the typical, slow-moving “arrgh brainsss” zombies of George Romero, and while they do provide effective scares, it’s the quiet moments where the survivors try to pick up the pieces and coexist that makes the movie most effective.

Why is it a bad idea right now = So, I debated whether or not to include this one, just as I did The Dark Knight. Ultimately, I decided to keep this one here but lose The Dark Knight, because the latter movie has a message that says “people are fundamentally good.” I’m not going to crap on that in times like this. We need more of that. On the other hand, 28 Days Later, while it has a glimmer of hope to its soul, is a bit too on the nose with its “virus spreads that causes society’s collapse” premise for me to recommend to people right now.

Far be it from me to tell you how to live your life. You can watch CNN for that. Instead, these are just a few movies that are great but, in my opinion, might not make for the most positive viewing experiences under the present circumstances.

Seriously though, if you haven’t watched Trollhunter you need to turn off your lights and dive in to that weird and fun Norwegian flick. Right now. Make the most of this bad situation. It’s probably on your Netflix “my list” right now. 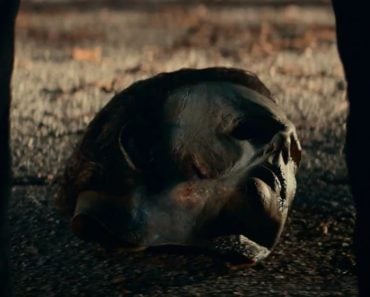 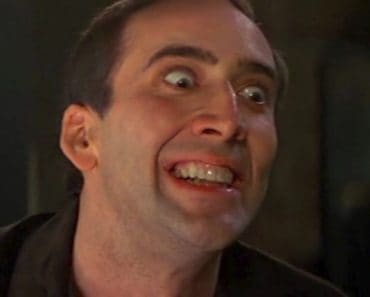 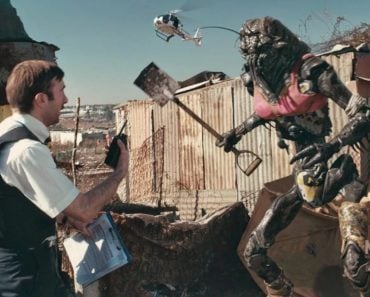 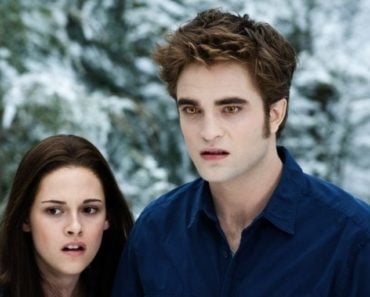 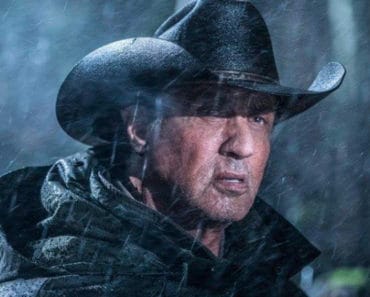