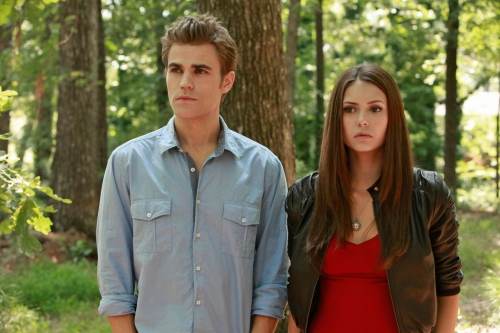 Let me recount the events from the night before while I can recollect them at the moment.

Last night’s story took place during two time periods and picked up from where it left off the week before.

The scenery made me think about Dave Matthews Band’s ‘Crash Into Me’video, which is one of my favorite videos of all time. 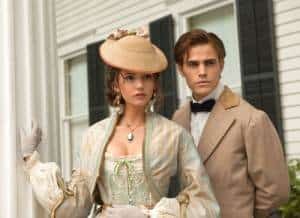 We are introduced to a pre-vamped Stefan and Damon Salvatore who were best friends and only fought with each other out of sport. Enter Katherine, a beautiful goddess who plays on both boys’affections. Damon decides to ditch the Confederate Army and Katherine is delighted to have the two boys at her disposal. For the Founder’s Ball she selects Stefan and after the ball, the two are going hot and heavy. Stefan whispers that he will love Katherine forever and she declares that forever is a pretty long time.

Then she vamps out and bites Stefan.

When Stefan comes to the next morning, Katherine glamours him so that he won’t repeat what happened to Damon, who had also been turned by Katherine. She played the two brothers against each other cause she wanted all of them to be together forever.

We pick up where Elena asked the question that left a million people gasping for more last week: ‘What Are You?!’

Stefan, pained, finally tells Elena that he is a vampire and the poor girl freaks out. She immediately tells Stefan to stay away from her and runs home. But Stefan shows up through her window, which reminded me of when Star appeared to Michael in The Lost Boys (my favorite vampire flick of all time, mind you). Elena thinks Stefan’s responsible for all the deaths, but he tells her that it was Damon. Elena’s face pales at the thought of two of the undead in town. Stefan begs for Elena to keep his secret, but Elena doesn’t think she can do that. Stefan also promises her that he would never hurt her, which prompts Elena to say that if that were the case then he would leave. Stefan leaves, but keeps watch outside Elena’s house as she sleeps.

Meanwhile, as I predicted last week, Damon drained all of Vicki’s friends and set them on fire to hide the evidence of his presence. He calls Stefan and demands his ring, which Stefan denies having. Damon knows that Stefan is lying and threatens going after Elena if he doesn’t get it. When Damon goes to burn Vicki’s body, she comes to.

The next day at the Mystic Grill, Elena meets with Stefan and he tells her what’s myth and what’s not (crucifixes, mirrors, Holy water and garlic are all myths and sunlight is cool if the ring is on). He also tells the difference between human blood and animal blood and that Damon is hyped up on human blood and Stefan isn’t. Stefan also reveals that back in the day Mystic Falls was aware of vampires, which makes me believe that it was a haven for bloodsuckers. Stefan asks again for Elena to keep his secret on that fact alone, but Elena still refuses to hold the secret. Stefan pleads with Elena to give him a day to explain everything and then she can make her choice.

Back at the Salvatore house, Damon has brought Vicki there for company, but she is too drained. Damon is also trapped in thehouse since he doesn’t have his ring and it is all ‘Hail, the Sunshine!’outside. So to have fun, Damon feeds the near death Vicki his blood and she drinks it hungrily.

The Super Townspeople Friends find he dead bodies of Vicki’s friends in the woods and they can’t wait any longer. Logan brings Mayor Lockwood the Gilbert watch and, again like I predicted, he turns it and the other heirlooms into some type of Vampire Tracker.

Stefan takes Elena to the remains of he and Damon’s childhood home, where he reveals that he has been seventeen since 1864 and recounts the story of his turning. He also reveals that it was in fact he and Damon’s signatures at the Founder’s Ball. After recounting the story of his and Damon’s turning and Katherine’s true nature, Damon reveals where he hid Damon’s ring. Elena doesn’t want Stefan to return it, but Stefan says he has to in order to protect her.

Vicki awakes with a new vigor and spunk. Damon tells her everything he did to her through a glamour, and she doesn’t care and asks for more blood and the two feed of off each other. Then Vicki goes hyper and the two dance wildly off of a cover of Depeche Mode’s “Enjoy the Silence” (one of my favorite songs and bands of all time!!!). While doing all of this Vicki complains about her life, most notably Jeremy and Tyler, to Damon as he trashes Stefan’s room out of spite. Later as they slow dance to Green Day’s ’21 Guns’, Vicki continues to complain about her family life to the point where Damon says she is damage and has no self-esteem. He declares that he has the solution and when Vicki asks what is it Damon simply says: ‘Death.’

And then he snaps her neck.

SMACK!!!!!! The second slap of the night. A nose-bleeder.

As Damon plays with the burning sunrays, Vicki wakes up!

Damon tells Vicki that it’s best if she stays in since killing her began the transition into becoming a vampire, but then he decides to let her go experience the transition herself and suggests that she goes to Jeremy’s for good measure. Vicki doesn’t heed any of what he is saying, but does end up at Jeremy’s house with a aversion to sunlight, sensitive ears and a major appetite. 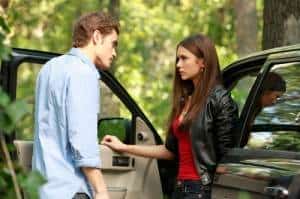 In the woods, Elena asks Stefan if he ever used mind control and he explains that he never did it and that the necklace filled with vervain he gave her prevents him and Damon from harming her. He begs her to never take it off.

Jeremy calls Matt over and he is shocked to see the state his sister is in. She sees the news story on TV about the discovery of her friends’bodies and she realizes that Damon wasn’t just talking out his ass. Jeremy tries to console her and she nearly pushes him across the room. Elena and Stefan show up and Stefan knows what the deal is but only lets Elena in on the secret. He commands the Matt and Jeremy to take Vicki upstairs and he tells Elena that if Vicki doesn’t feed on human blood then she will die soon.

Stefan breaks it down even further by saying that even though Vicki is still human, she will slowly transition and all of the memories involving Damon will resurface and she will have to make a choice. While upstairs, Vicki nearly snacks on Jeremy and at the realization of that she bolts from the house. Stefan tells Elena that he can track her and leaves to go do just that.

At the same time, Logan (equipped with the Vamp Tracker, a gun loaded with wood bullets, and a stake given to him by Sheriff Truitt) is in the woods and picks up some vamp activity near the old cemetery where the bodies were found. He radios in to the Sheriff that he is going in.

While cleaning up the mess that Vicki left behind, Elena gets a visitor in Damon. He deduces that Stefan has told her about them and lets himself into the house. After telling her that he is not going to kill her now, Damon demands for Elena to tell him Stefan’s whereabouts. Elena tells him that Stefan is out looking for Vicki and that she knows about Katherine. Damon tells her that she might would want to be careful who she invites in her house.

I think it’s a little late for that.

Stefan finds Vicki who says she is remembering everything since the pilot episode. Stefan tells her that if she doesn’t feed then she will be dead and that he can help her. She asks will she be better as a vamp and when Stefan doesn’t answer she begs to be taken home. When Stefan complies, he is shot in the chest by Logan and goes down. Logan stands over him in position to stake him when Damon appears and bites into Logan’s neck. Damon tosses Logan to the side and pulls the bullet out of Stefan’s chest. He then asks Damon for his ring and as he puts it on, they hear Vicki snacking on Logan.

SMACK!!!! This was the final one of the night. Comatose inducing.

Vicki apologizes and runs off into the woods. Damon spots the Vamp Tracker watch and collects it as he takes Stefan and disappears. Sheriff Truitt shows up to find Logan’s body, but panics when she can’t find the watch.

Stefan makes it back to Elena’s and breaks the bad news to her about Vicki. She worries about having to tell Matt and Jeremy about Vicki’s new vamp lifestyle, but Stefan promises that he will help Vicki adjust by living like he lives. Elena says that’s not enough and will involve lies. Elena also tells Stefan that she promises to keep his secret, but that she has made up her mine.

She can’t be with him.

Stefan accepts this, painfully, and leaves. Elena closes her front door and breaks down in tears after the events of the day and losing the guy she loved.

So after I picked myself up and came to my senses, I had a lot of observations.

First of all, Katherine siring Damon and Stefan! DID NOT see that coming whatsoever! I thought that one of them sired her and she couldn’t deal with it and killed herself. I hope we can see more of Katherine, because she reminds me of Darla from Buffy and Angel.

Secondly, I figured there were more vamps, but will they make their way to Mystic Falls since Damon is on a rampage there, which puts an ugly smear on their whole secret lifestyle stratagem of living. And I wonder if the denizens of Mystic Falls staked any vamps in the recent years since they know so much about them. Plus, I bet that Elena and Jeremy’s parents knew about them as well.

Thirdly, more on the other vamps. Maybe they’re the reason why Damon and Stefan left in the first place. Damon probably went on a murderous rampage and had to be punished before. Or maybe the townsfolk ran them out…

Final observation: Bonnie and Bonnie’s Grams HAVE to factor into the protection of Mystic Falls. I can’t wait.

I will see you guys next week! If I am out the hospital by then… ;) 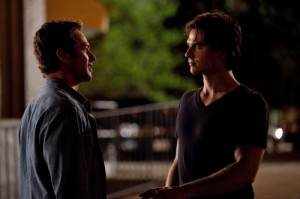 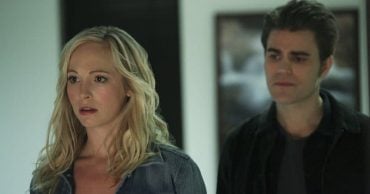 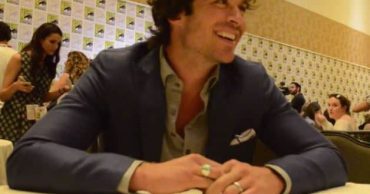 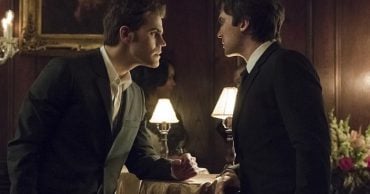 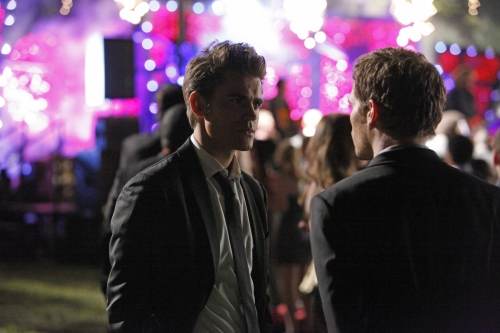 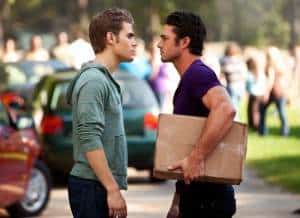