Home
Television
The Stand Takes a Different Approach in Episode One 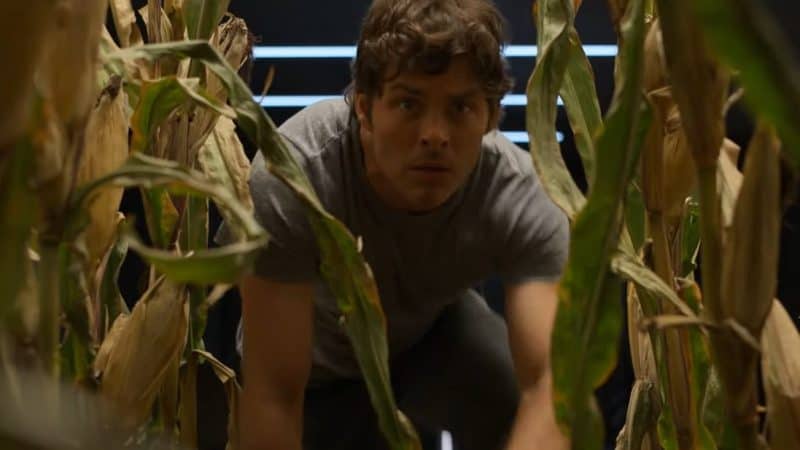 Was anyone worried about how The Stand was going to be presented on CBS All Access? I’ll admit I was before watching the first episode this past Thursday, but so far it’s been a pleasing look into a story that was going to require a few updates and has already seen a few changes that have been rather interesting. Anyone calling for more diversity at this point needs to sit back and just watch for a while since if anyone has been watching the trailers they’ll see that Larry Underwood is going to be a black man, and the guy that’s essentially been thought responsible for all of it, the military man, Campion, that fled with his wife and child, was a man of color, there will be a Rat ‘Lady’ instead of a Rat Man, and there will be a few other changes as well. One thing that’s obviously not going to change, among others, is that Mother Abigail will remain an old woman of color played by Whoopi Goldberg, and Randall Flagg, the Walkin’ Dude, the main antagonist, will be played by Alexander Skarsgard. Imagine if those roles had been race-swapped, just how violent the reaction might have been. But it’s a great thing to see that story is sticking to the book in a big way in some parts, and that it’s even given a nod to the original miniseries in how it’s brought in a few things that readers of Stephen King might remember.

The moment that Stu Redman had with General Starkey before leaving his confinement was telling, since the general wanted to go out his own way, and he knew that the world outside their containment had already fallen, or suspected it had. If anyone is still comparing the current pandemic to Captain Trips, the bio-engineered plague that wiped out billions of people (BILLIONS, keep in mind) then they might need to take a big step back and quiet down just a bit since the coronavirus has got nothing on Captain Trips, and the comparison shouldn’t even be made any longer. But as we see how each of the characters being introduced came to their current life in Boulder, Colorado, it’s interesting to see that the show starts out in the church where so many people went to die, and then goes back and forth through time as we see Harold Lauder, Frannie Goldsmith, and Stu Redman as they go about the task of finding out who’s survived and how many are really dead. It’s pretty obvious from the start that Harold is a creep, and a weakling, but the decimation of the world has left him feeling as though he’s in some kind of control.

We’ve also started to see that Mother Abigail and Flagg are starting to call their people, as Abigail has already called Frannie, and it’s understood by this point, by those that have read the book anyway, that the call has gone out far and wide to many people, who will no doubt be seen in the coming episodes. But the fact that Flagg has already reached out to Harold is interesting, even if it makes sense considering that Harold is all about getting the respect he thinks he deserves and is already contemplating killing Stu, and Frannie if it comes to that. There’s no denying that Harold is a damaged individual and that he’s every bit the sneak and less than trustworthy individual he was in the book. The only real difference is that in the book Harold did start out as a rather pudgy guy, but in this version, he’s more like a 98 lb. weakling. It’s still obvious that after so many days of stacking bodies and helping to bury them that he’s grown in strength and that he’ll be ready to do something eventually. But as things progress we’re going to see others show up no doubt, such as Nick Andros, Tom Cullen, Trashcan Man, Lloyd Henreid, and many, many more. There are going to be changes, of that there’s no doubt, but hopefully said changes won’t derail the show in any way, since at this point it’s already become something worth following.

One of the best things about it is that there’s really no need to wonder who’s going to be killed off during the flashbacks since if anyone so much as sneezes or coughs, one knows that they aren’t about to last that long. But between Frannie trying to kill herself, Harold proving that he’s a very obvious sociopath, and the fact that when Campion was running for the door, there was someone on the other side, just out of the frame, holding it open with their boot. If you’re thinking that Flagg had something to do with the spread of the virus, give yourself a gold star and say ‘duh’ because at this point it’s fairly obvious. But still, for those that enjoyed the first episode, next Thursday can’t come soon enough.