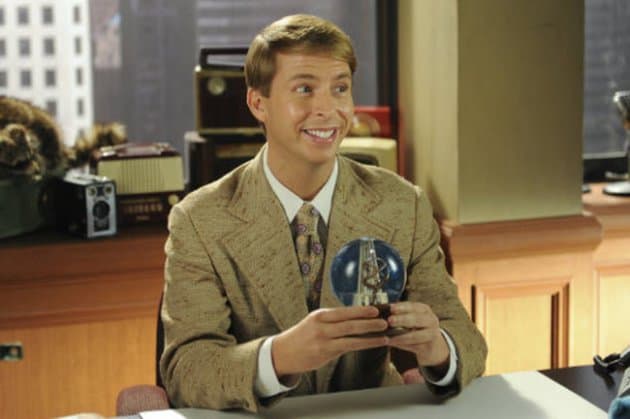 30 Rock is now over, and it used its closing moments to (spoilers) confirm something that many fans had been suspecting for a while now: Kenneth Parcell is immortal. The show ends with Kenneth, still the same age, running NBC far in the future, talking to Liz Lemon’s granddaughter. There have been plenty of clues along the way, if you knew where to look. I’ve gone back and tried to hunt the most prominent ones down for you. It’s a series of quotes and occurrences that seem pretty dang obvious now. Check them out below:

“Mr. Jordan, I know how difficult this is. I was pretty addicted to Coke back in my Wall Street days.”

In another episode we flashback to people dancing “The Microwave” in The Fifties – Kenneth is one of the dancers.

“It is not enough that you killed the bird that I’ve had for almost 60 years, but the fact that you didn’t trust me is unforgivable.”

“Who said I’ve been alive forever?”

When he has to replace Donaghy’s pants: “You know that woman in accounting who thinks you’re her dead husband from the war?”

“Did you know the ‘Today’ show used to have a monkey on it? Hasn’t been as good since.”

“A friend of mine has been worried they’ll bring in new page rules… like age limits and age verification.”

In the closing tag of 100 Kenneth’s hand pops out of his grave, giving a thumbs up. It also reveals his birth year as 1781.

“I’ve never been on TV before. I hope I photograph OK, because when I look in the mirror, it’s just a white haze.”

“When I first started working here, an 8-year-old Shirley Temple taught me how to roll a cigarette.”