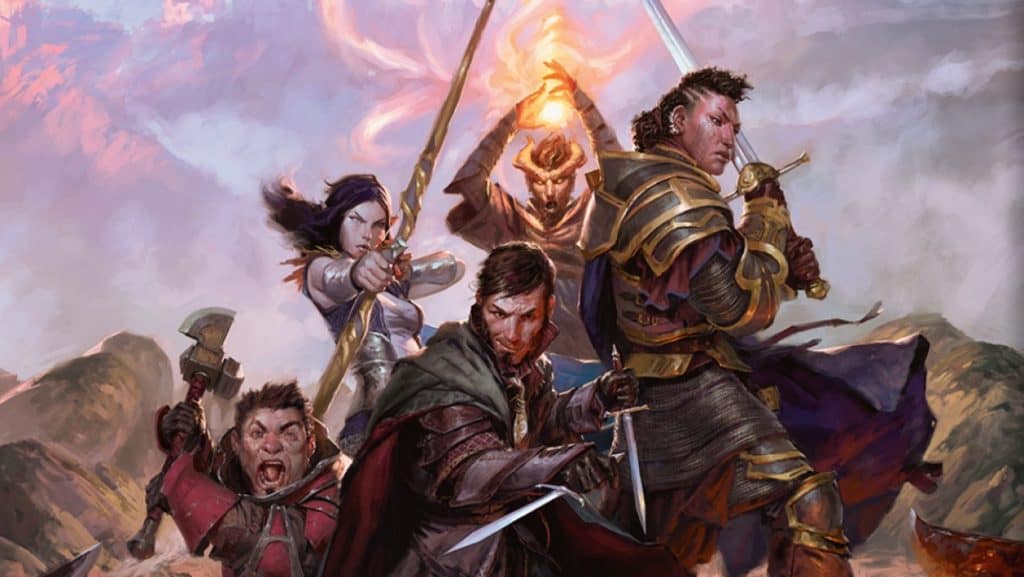 When it comes to crafting a D&D party there are a few things to realize that a lot of people try to wave off as if they won’t happen. One is that your party will likely break apart from time to time as people will want to go different ways and, as anyone who’s ever played would realize, this is a really bad idea. But the point of the whole game is to have fun, and to do that, understanding the classes and how they’re meant to work within a party is kind of important. Putting a paladin in with a group of rogues and barbarians might not be the best idea, but it would certainly be interesting. Or, putting a single cleric in with a bunch of marauding barbarians would be fun, but definitely taxing on the poor cleric since they are essentially one of the only real healers in the bunch. The bottom line is, if you really want to have fun with this game, you’ll find a way to create a balanced party, with a cleric hopefully since otherwise, your party might have to steal or earn healing potions in a big way depending on how sound your battle plans are. Let’s get into talking about the classes so that you’ll have a slightly better idea.  Here are ten of the most common classes in Dungeons and Dragons, and what their main role is in the party. 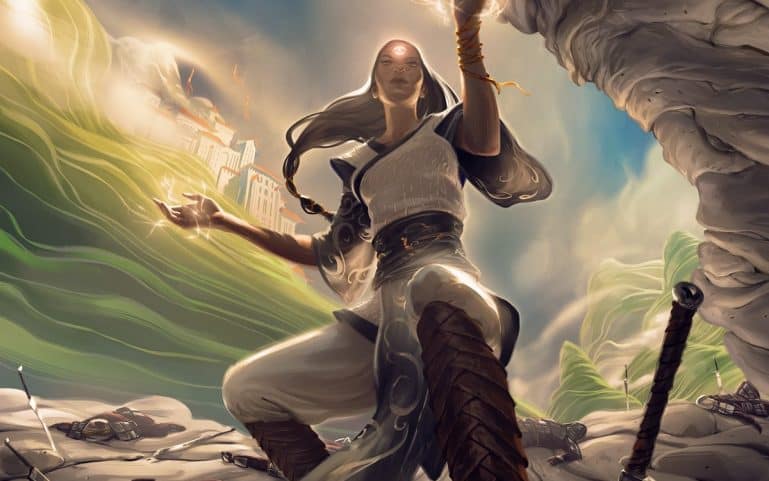 In some versions, the monk is the jack of all trades and one of the easiest characters to play. They’re typically lawful, it doesn’t matter if they’re evil, neutral, or good, but they do tend to lean away from chaos and toward a more lawful or true neutral stance. But in terms of using weaponry, the fun thing about this character is that they ARE the weapon. What they’re relegated to using in terms of implements is usually limited, but at high enough levels, they don’t really need them. 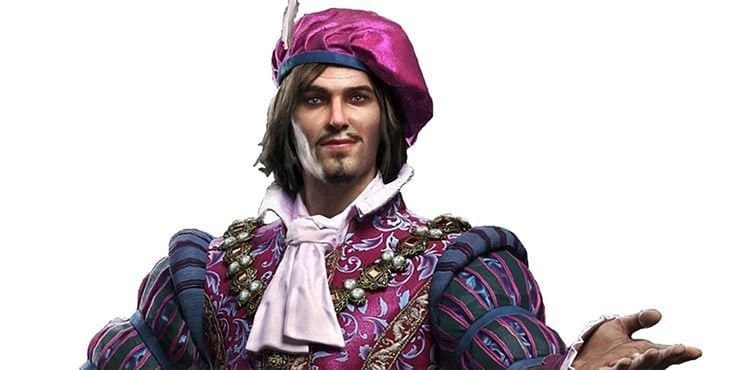 If a D&D game can be said to have a smooth-talking member that can hurl insults with the best of them and possibly charm even a dragon out of its gold (with a high enough roll) then it would be the bard. While they’re often thought of as well-dressed performers that are handsome or beautiful and not the best in a melee fight, it all depends on how you fashion your bard. Some can be strolling peacocks that almost appear to sing with each word, while others can be charmers that can be deadly with a simple spell ready to come to their lips. They’re pretty versatile to be fair. 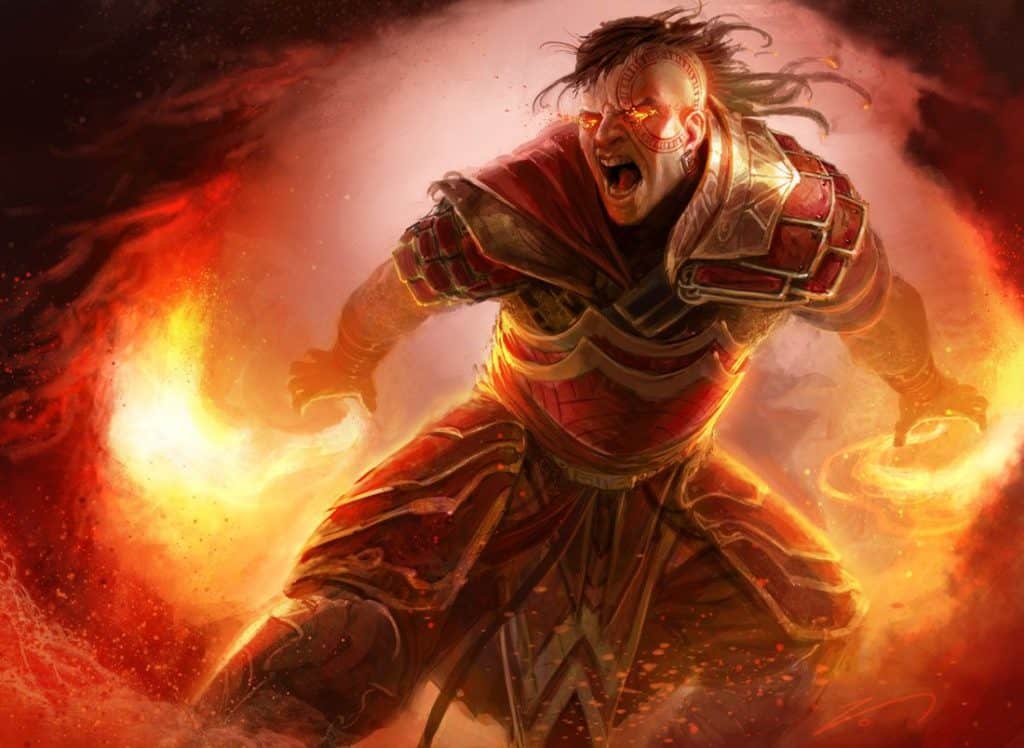 In the world of magic, there are those that are book-smart and those that are, well, more natural in their magical talents. The sorcerer is typically the latter and tends to have the more natural punch to their spells, but unless they beef up their magical arsenal, the mage will usually take on the role of primary spellcaster in the group. In a lot of ways, the sorcerer is the magic-user that peaks first if they don’t select the right feats and spells to keep their position in the party. 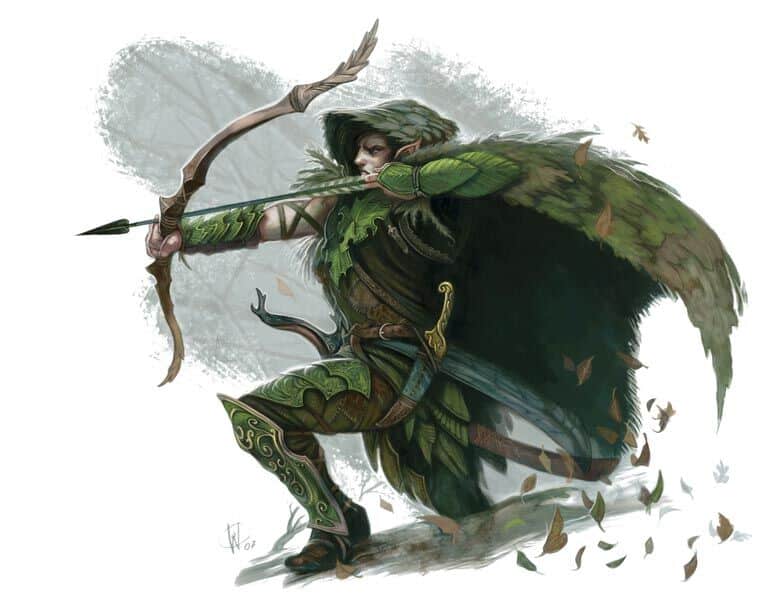 The ranger is another versatile character since they can be deadly from a distance but also get up close and personal when they need to. In a lot of parties, a ranger that focuses on archery will be the sniper in a lot of ways since their feats will focus so heavily on their bow and arrow game that they’ll be able to pull a called shot on a target that’s in the middle of a crowd during a windstorm. Yeah, rangers can be that awesome, but they tend to be loners as well, and don’t always work well with others. 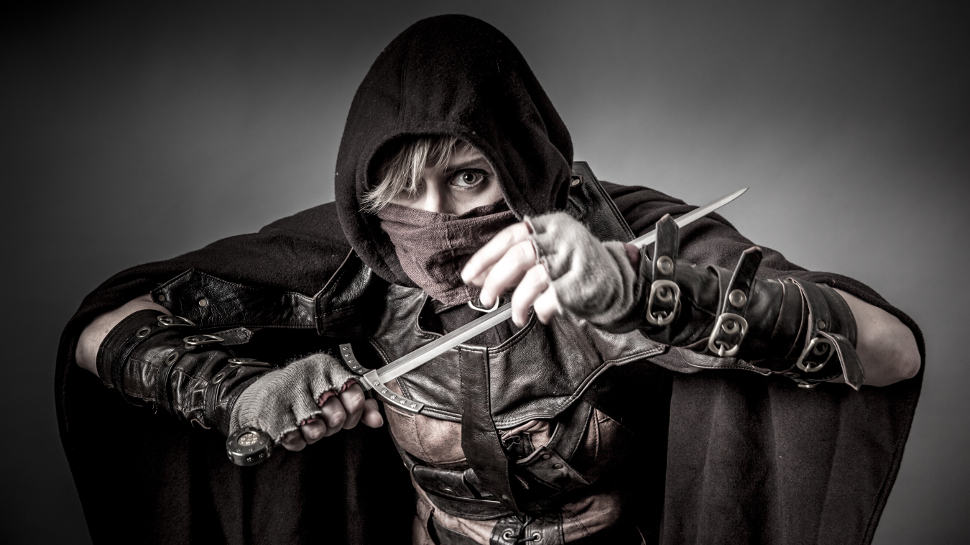 The rogue is one of those characters that really need to be watched if you can. From hiding in plain sight to sleight of hand to the fact that they excel at moving quietly and sticking people from behind for a sneak attack, rogues are exceptionally dangerous, sometimes to their own party members. But in terms of detecting, disabling, and even resetting traps, rogues are entirely useful since even if they’re not known for being able to participate in a lot of stand-up fights, these characters are the type you want on your side if things start getting bad. That sneak attack damage can be brutal. 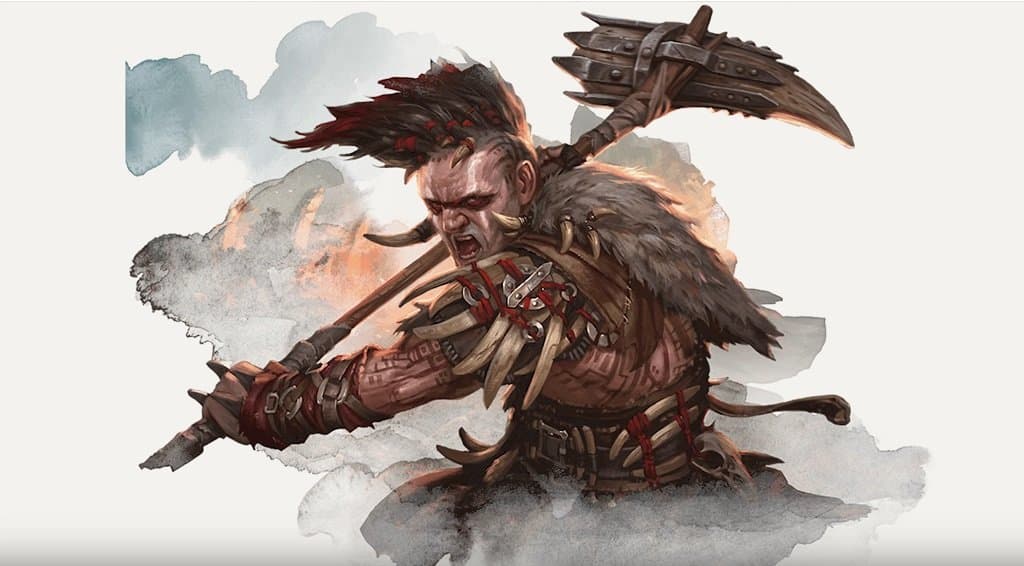 So let’s put it this way, Conan was a barbarian, but he was also a fighter, meaning he had a brain in his head that was put toward his training and his know-how when it came to setting traps since he was part rogue as well. Barbarians get a bad reputation for being stupid, especially since they’re known more for charging in without thinking about who or what they’re facing. But when you have a berserk barbarian in your party it’s best to just stand back and let them have at it and hope they’re standing at the end. 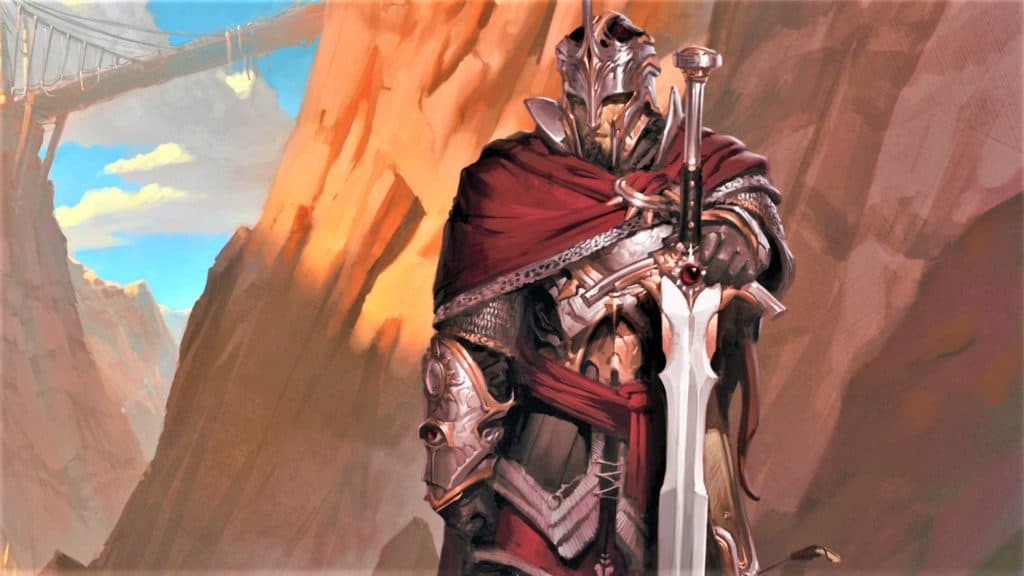 The fighter is essentially the walking tank of the group. They’re usually specialized with one weapon or with many and have a much wider range of weapons that they can use. From swords to maces to bows and so on, there are only so many weapons that would require a fighter to take added feats to master. This is the character that should be standing out front for melee attacks since their armor class is often great enough to take just about anything. They can get hit first and, if they’re still standing, become the battle line that the enemies don’t get to cross. 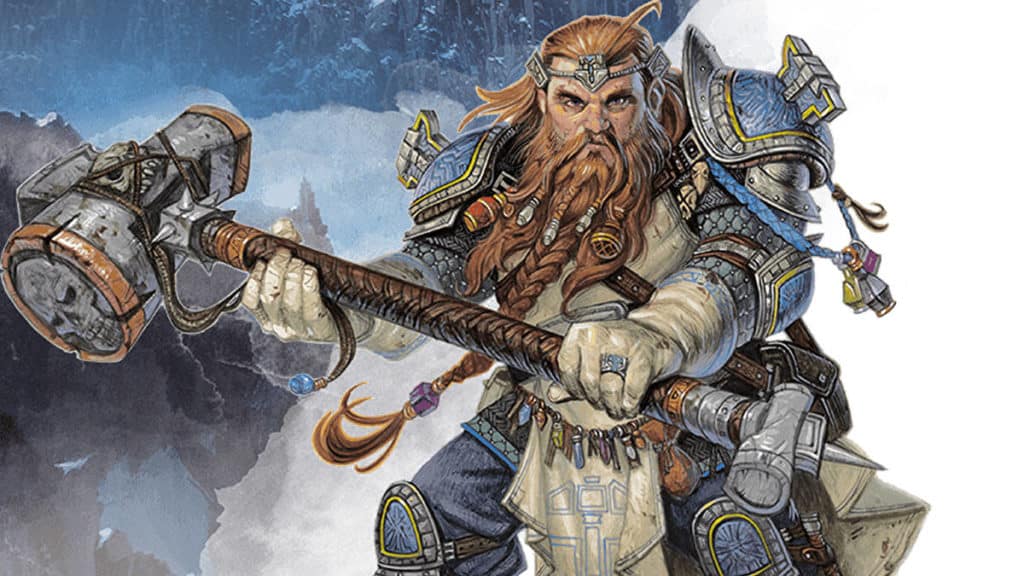 This is one of the characters that the rest of the party should be the nicest to since the fact is that the cleric is the primary healer. Other characters have the ability to heal, such as the bard, the druid, the paladin, and even the ranger to a mild extent. But this is the person that’s usually in constant touch with their deity and can heal the most egregious wounds that the party will suffer from time to time. Their alignment usually does affect their healing powers, but with a neutral to a good cleric, you can bet that your ailments and wounds will be taken care of. 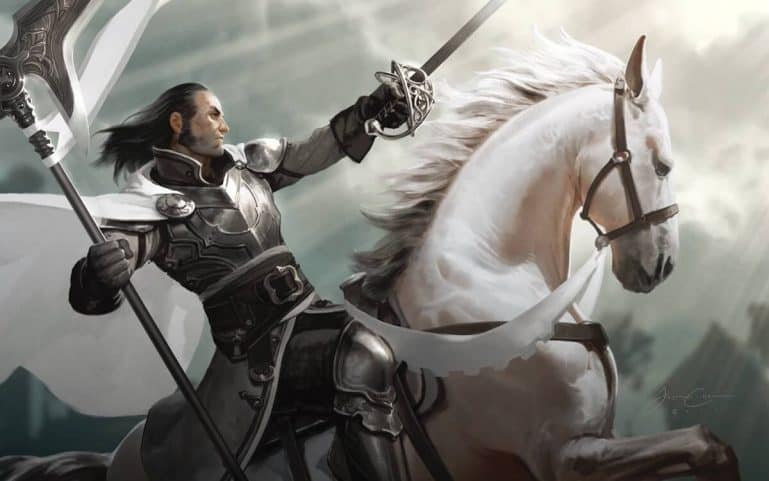 This is what you would call the holy roller of your group since the paladin absolutely has to be lawful, kind of like the monk. They can heal to a certain degree, they can fight, and they can be used to inspire the group, But woe to the group that has a person who plays a paladin to a tee, since the upright and virtuous nature of these characters can grate on a lot of nerves, especially if a person is playing a rogue or even a bard. 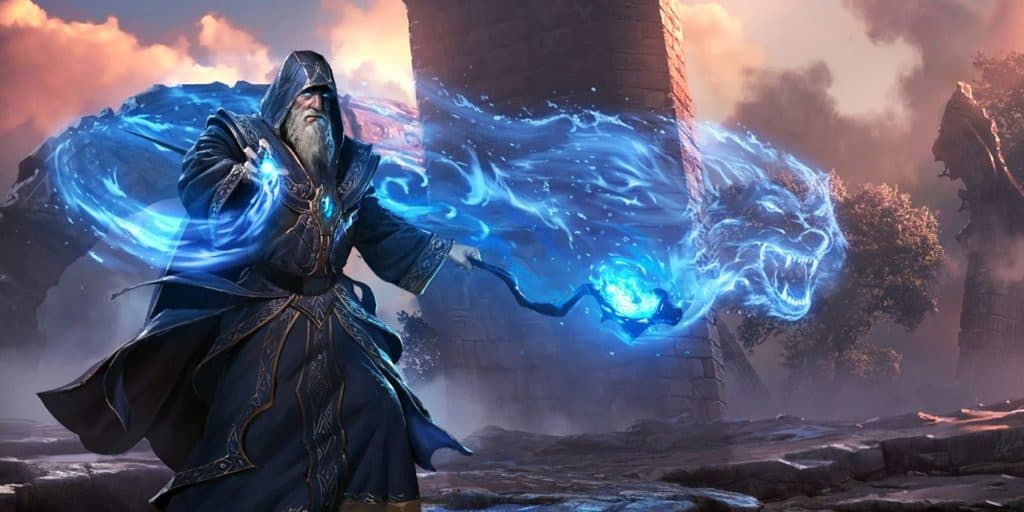 No armor? No problem. The mage doesn’t generally use weapons or armor of any type, and they typically don’t need to since the spells they study and keep in their spellbook, at least until they get high enough level and have feats that allow them to eschew such things, are often great enough to take down multiple opponents at a time, or at least damage multiple enemies. This is another character that, in the beginning, isn’t all that tough or entirely capable, but if they’re played right, a mage can be one of the most, if not THE most, powerful characters in a D&D campaign. Hey, anyone that can open rifts to other dimensions is someone you want as your friend.

There are a lot of other classes to be talked about, but most of them stem from these, and my apologies to the druid, but they tend to get dumped on a lot until they reach higher levels.