Home
Movies
The Room vs. Birdemic: Which Film Is Truly The Citizen Kane Of Bad Movies? 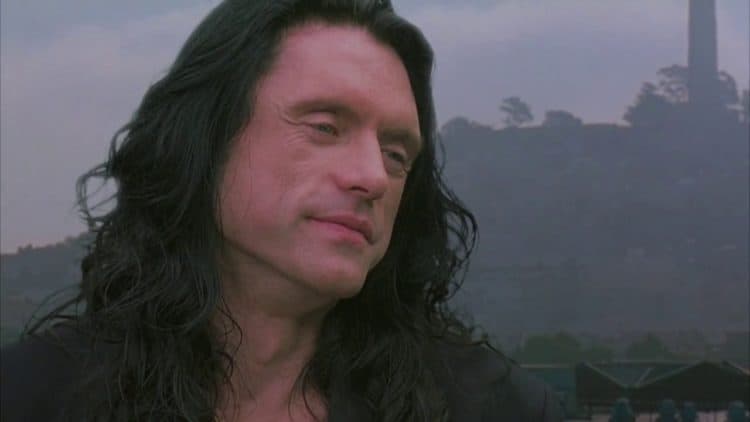 The term, “Citizen Kane of bad movies”, was coined to movies that are so bad that it’s in fact good. Enter Tommy Wiseau’s The Room and Birdemic, two “classics” that are beyond terrible movies in execution, but are still considered a great source of entertainment. Both movies were self-financed from two men who don’t particularly have experience in the filmmaking world. The Room, is about Johnny, whose life is seemingly perfect. The successful banker is about to get married to Lisa; however, his fiancée ends up having a sexual affair with his best friend, Mark. During The Room’s original run, the film only made $1900 dollars in theaters. Reportedly, Wiseau put in $6 million dollars to fund the feature. However, as time passed on, The Room because a midnight screening favorite, with The Disaster Artist, a mockumentary that chronicles the creation of Wiseau’s “masterpiece” released back in 2017.

Birdemic: Shock and Terror was released five years later in 2008, with first-time writer-director James Nguyen helming this feature that was modeled after Alfred Hitchcock’s The Birds. Tippi Hedren – the lead actress of the Hitchcock classic – makes a small cameo in Nguyen’s film. Birdemic was made off a $10, 000 budget, which is clearly noticeable due to the horrendous CGI birds. Like The Room, the film became a midnight classic as time passed on. In fact, Birdemic: Shock and Terror became so big that a sequel was released in 2012. If you’re wondering, no, it’s no better than the original. With both film living an infamy due to how terrible they are, which movie is truly the Citizen Kane of bad films? Let’s dive deeper into The Room and Birdemic.

The only positive I can give The Room is that there’s a story with a beginning, middle, and end. Otherwise, The Room is a complete mess. Johnny, this supremely perfect human being, is a boring character. Nevermind the fact that Tommy Wiseau is a terrible actor, though admittedly, there’s several laugh-out-loud moments because of how inane the dialogue is and how badly Wiseau performs it. The story with Lisa is completely ridiculous. Granted, it’s not impossible for a fiancée to have a sexual affair with a man’s best friend; however, Lisa’s truly lacks any motivation other than she doesn’t like Johnny anymore. What’s worse – other than Lisa’s horrendous declaration for her love with Mark – is that Johnny’s best friend doesn’t seem to understand what’s going on despite being in a clear sexual relationship with Lisa. The Room is entertaining because of the nonsensical plot that elicits only laughter, the staging of certain scenes and actors, and oh, did I mention how bad the dialogue and acting is? It’s crazy to think that there was actually a worst script that feature lines such as “Old Man Donkey lets me know today.” This isn’t a shot at Tommy Wiseau and the entire cast. I’m pretty sure their hearts were in the right place when making this film. Plus, I understand how hard the filmmaking process can be. However, it’s nearly impossible to ignore all the major issues of The Room. Still, it’s hard to not leave the film with a smile on your face. Its genuinely fascinating how inept this movie is. Its rightfully earned its infamous title as The Room is a masterpiece for all the wrong reasons.

At the very least, The Room is a competent film with a story that’s easy to follow. Birdemic: Shock and Terror showcases why simply grabbing a camera and making a feature is not an easy task. It’s not impossible to make a great film for cheap. Robert Rodriguez made El Mariachi for $7,000. Christopher Nolan’s Following was done for $6, 000 and Paranormal Activity for $15, 000. The key is that Nguyen didn’t understand his limitations or filmmaking in general. The script is actually worse that The Room’s. Other than the horrendous dialogue, there’s a severe lack of focus here; The first 47-minutes of Birdemic oddly lacks a birdemic. It focuses on the incredibly boring relationship of Rod and Nathalie. Neither of the characters are compelling because they’re essentially perfect people. Unfortunately, Alan Bagh and Whitney Moore are simply dreadful in this film; however, I don’t entirety blame them as they’re not given anything to work with. Once the birds arrive, they’re laughably bad and the story grows nonsensical from there. Bad cameras angles, terrible editing, and a muddled message hurts Birdemic: Shock and Terror.

So, which film is the Citizen Kane of bad movies? Birdemic: Shock and Terror. There’s at least an entertainment factor going on with The Room and it’s a decently made film. However, Birdemic fails on all fronts and worse of all, it’s just plain boring.