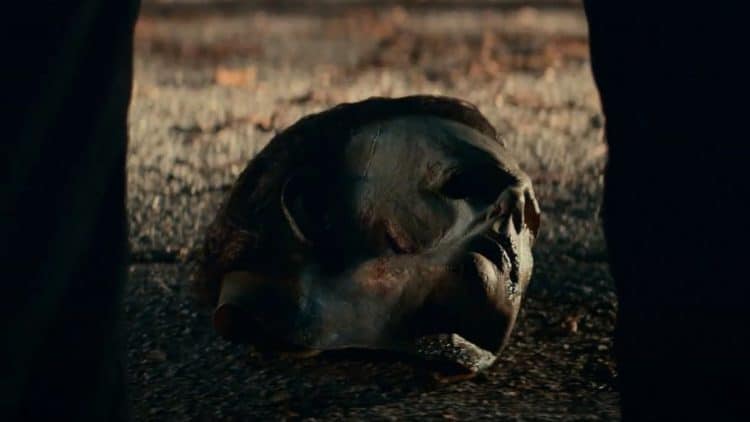 People have been excited for Halloween Kills to come out, but they still get to wait until next Halloween in 2021, so dropping a trailer now is like a huge fakeout since with a whole year in between it almost feels as though the movie is simply giving people a taste just to pull it away once again before whipping out the full trailer a month or two from the actual release. Or maybe I’m wrong and we’ll be seeing Halloween Kills trailers a bit sooner than all that, but it feels doubtful. As of right now, it looks like it’s going to be business as usual since Michael Myers is about one thing and one thing only really, killing and more killing. If you boil the character down to what he’s all about you don’t really get much more than that since he’s a nonstop killing machine just like other movie monsters, but with a different backstory and a different movie franchise. Personally, I have to wonder just why people are still getting psyched about some of the old ideas as they continue to come out in slightly different ways. The fact that Jamie Lee Curtis’ character keeps aging is making me think that at some point she should be the final victim, or the initial victim before Michael continues on or just goes away finally. Some people might gasp at that since the whole idea of Laurie Strode falling after all this time is almost unheard of, even though some people have likely thought about it.

The final girls in so many horror movies have lasted for a while now, haven’t they? On one hand, it’s a testament to the writing, the idea of having a survivor that’s traumatized for the rest of their life in some way, and someone that has had enough at one point or another and will actively seek to end things in a final confrontation. We’ve seen that with Laurie Strode, and yet each time Michael comes back, as though Laurie is the key to why he continues to rise. There are other motives of course since it’s been seen throughout the Halloween franchise that he’s been given other reasons that he’ll continue to pop up where he’s least wanted. Like a lot of horror monsters that stalk and kill teens and young adults, it does have something to do with sexual encounters, but over the years it does feel like it’s evolved a bit, kind of.

Michael is one of those movie monsters that’s kind of confusing since he just feels poised to kill at any given moment, for reasons or for nothing at all. Trying to figure him out has been kind of difficult, not to mention pointless since sometimes his kills don’t have a lot of rhyme or reason, he’s simply there when people least want him to be and is intent on doing as much damage as he can. Of all the horror monsters that exist in cinema, he’s one of those that is just too difficult to really figure out, especially since killing is really all he ever does. He doesn’t play with his victims, he doesn’t taunt them that much, and he certainly doesn’t talk to them since he’s been silent since he started out. But figuring out why he kills is usually thought to be best left alone since otherwise it becomes too confusing to think about and kind of detracts from the movie. It does sound as though Halloween Kills is going to be taking on the lives of other victims that Michael’s rampage has affected over the years, and it’s even going to reflect on the BLM movement in some way. The act of bringing in other perspectives and even a seething mob of people as it’s been stated is bound to change up the story in a way that might be more than a little interesting for many that are wanting to see how the movie will incorporate real life into the narrative. Needless to say, Michael isn’t about to go ‘woke’ since his killing spree hasn’t really spared anyone in all these years, but it’s also enough to state that the background characters will be a little more interactive this time around since the movie is apparently taking off after the general unrest in the world at the moment and will do what it can to capture some of what many people have been experiencing.

It doesn’t feel as though this is the first or the last movie that will feel this kind of treatment, but since Curtis is signed on for another movie titled Halloween Ends that will come in 2022, it feels that we’ll see a lot more commentary on how things are going in the nation, especially if the next four years are anything like the last four.