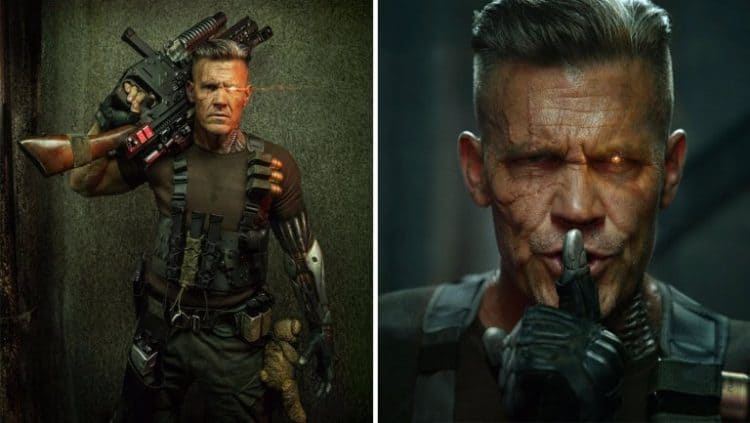 The world of Deadpool is currently up in the air. It’s been confirmed that there will be a Deadpool 3; however, there’s no confirmation on who will return to the series, including Cable. Originally, the Marvel character was the offspring of Scott Summers and his first wife Madelyne Pryor; however, given the timeline in the live-action films, there’s an extremely slim chance that this Cable is a direct adaptation of the original character that first appeared in The Uncanny X-Men #201 issue. Given Cable’s introduction, it appears that he lines up with his backstory, which is that he has telekinetic abilities and cybernetic enhancements. Now, Cable has danced between villain and anti-hero, but one of the more intriguing stories is his upbringing.

Does Cable match his comic book counterpart and that he’s infected by a techno-organic virus? What exactly was Cable doing in the future? Hell, how is Cable in the future? Now, in the world of Marvel films, the techno-organic virus can mean several things. Was the comic book hero converted to life that forced him into the future? Or was he a man that was reborn after previously dying? Cable is one of the more complex characters in the universe and though his powers could trinkle to being another form of a time traveler, it’s layers surrounding them make him stand out from the other names in the Marvel universe. It would be great to go back into the world that Cable came from and explore the life he lead before he was forced to come back to present day. Is he the son of Scott Summers? If so, it could also be a cool reboot of an adult Summers who has surely matured from years during the X-Men.

A Cable film could turn out to be some cyberpunk universe that hasn’t been explored much in the world of superheroes surprisingly. X-Men: Days of Future Past dabbled in that area briefly, but a Cable spin-off allows the creators to really play with the universe and truly come up with something unique that hasn’t been done before in the world of comic book heroes. The great thing about Cable is that doesn’t necessary need to be aligned with anyone else in order to have his own solo feature. Maybe he battles with Apocalypse in trying to save his own world that’s crumbling to pieces? Granted, it’s going back to the tired, “villain wants to destroy the entire world” gimmick, but there’s alot of fun to be had in play with a cyberpunk universe. Even then, perhaps Cable is the one that forms Task Force X? It would be shocking if that group never comes to fruition.

There’s the possibility of showcasing Cable’s adventures stuck in present time. His story in the future is more interesting, but that doesn’t mean a story following the comic book hero in the present can’t be compelling. Maybe he grows an obsession with going back home and accidentally puts the universe in jeopardy because of him toying with the different dimensions? Perhaps he calls Doctor Strange for help? It’s actually surprising that Disney/Fox hasn’t really tinkered with the world of Deadpool some more. Yes, it’s the X-Men universe, but Deadpool has some very intriguing characters and it would be silly not to explore them. Not everyone needs to be in the Marvel Cinematic Universe. In fact, it would be great if these characters were kept out of the MCU. Kevin Feige and Disney have that world perfectly set-up as is, but it does have it’s limits. Filmmakers aren’t exactly meant to really be creative due to the fact that the executives have a long-term connection that won’t die down anytime soon. Having a separate entity for Marvel to be bold with the way they approach filmmaking when it comes to comic book heroes could end up being necessary because fans will eventually get tired of the same Marvel formula.

Say what you will about DC and their films, but not having a connected universe allows creatives to do something outside of the norm when it comes to superhero features. Cable doesn’t necessarily seem like a character that would properly fit into the light-hearted comedy realm that Marvel usually has in their features. Of course, this doesn’t mean that Cable can’t work in the Marvel Cinematic Universe, but it does limit how creative and bold the storytelling can be because of how connected everything is. Either way, Cable deserves his own spotlight, because his time in Deadpool 2 warrants more exploration into his world.