Home
Entertainment
The Reason Why Tiffany Haddish Shaved Her Head 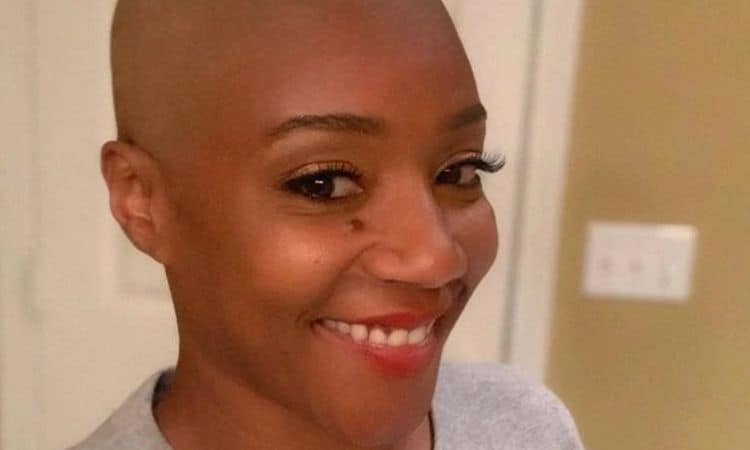 There’s a really simple reason that Tiffany Haddish cited for shaving her head, she just wanted to do it. To expand on the answer a little more, she wanted to experience what it was like to know what it felt like, and as a result, she’s stated that it’s very liberating and is something that she’d been wanting to do for a long time. Given the fact that she hasn’t been in front of a lot of people, much like any other actor throughout the last several months, there’s not a lot of worry about having to wear a wig or even concern herself with what people will feel when it comes to her appearance. Even performing stand-up has been extremely pleasurable for her since to hear her tell it, people don’t care one way or another if she has hair and are still in love with her comedy and her character more than they ever were with her hair. A lot of folks can honestly admit that they don’t want to shave their heads since they don’t know how they would look once it was all said and done, but plenty of people have done this for various reasons and have come to embrace it as a lifestyle choice.

This is one of those times when it’s wiser to say ‘to each their own’ and move on since to be fair everyone’s body and what they do with it is their own responsibility and no one else’s, so wondering why Tiffany likes a bald head is really none of anyone else’s business. If she’s happy with it then so be it, though one can imagine that for any upcoming roles she might have to grow it out a bit or wear a wig depending on how fast her hair actually grows. To some, the idea of going bald by choice is kind of an odd once since from the moment we’re born most of us will have a full head of hair for a good portion of our lives. Some will go bald at a younger age than others, while some will go bald for other reasons that aren’t quite easy to accept. But whatever the case, some folks just don’t like having a full head of hair, and there are of course reasons behind it, especially since hair can take a lot of effort to keep up when it comes to having an abundance of it. Hair can get greasy, stuff can get stuck in it, hair can get tangled, develop knots, and it can be a real pain in the backside during the hot months since sweat can mat it down to your head. It’s true, hair is kind of a pain in the butt sometimes, but for a lot of us it’s still preferable to shaving your head completely bald.

It is a little more liberating, that much is certain, but the fact that we do lose heat from our head, not 80 percent as some might tell you but more like 10 percent. Even with that low percentage, it’s obvious that a bald head will feel the cold a lot more than a head with hair. Of course, that’s easy to remedy with a warm head covering. Another benefit of a bald head is the lack of having to brush or comb your hair, wash it, and of course worry about putting it up or to the side if you have a lot of it. It’s still important to keep a bald head clean since dirt can accumulate anywhere no matter if the surface has hair or not, but washing a bald head is going to be a lot easier without having to make certain that the soap is, in fact, all the way through and cleansed from your non-existent hair. There are upsides to having a bald head to be certain, but it’s definitely a personal choice that’s best made after taking into consideration all the pros and cons since despite being able to grow back, it’s going to take a little while no matter who you are and what kind of genes you have. At this point, it sounds like Tiffany is enjoying her bald dome and plans to keep it for as long as she can, which is her choice and obviously her pleasure.

Some folks just happen to go bald as they get older and eventually decide to shave off the last vestiges of hair that have stuck around for a while, but some people make it an active choice even if they don’t have to. Some even do this to show solidarity with those that have lost their hair due to chemotherapy, but we don’t tend to hear about those cases that much these days. In any case, she’s happy with it, and that’s the important part.