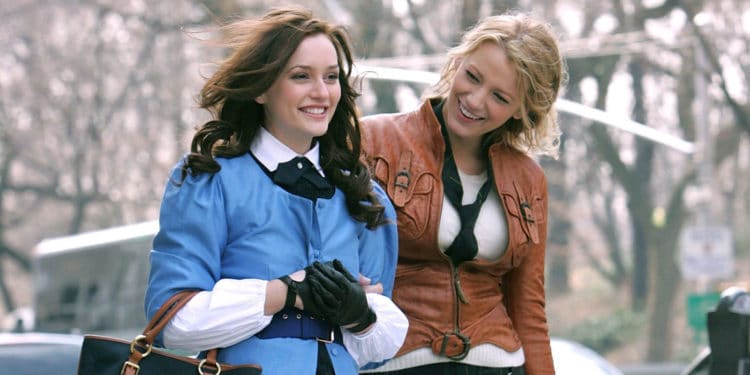 Whenever a reboot or a new creation comes along one thing that fans are always going to wonder is whether or not there will be a spot for any of the original cast members from the first version of a show or movie. When it comes to the Gossip Girl reboot, the answer is a pretty definitive no at the moment since according to Joshua Safran, the individual that’s responsible for bringing the reboot forward, it’s more important to focus on the individuals that are currently on the cast rather than those that made the original show what it was. It’s also worth noting that it would appear that there will be more regular characters this time around than there were in the original show. So to be honest, including cameos of the original actors might only serve as a distraction at this point. Allowing the audience the chance to get to know the new cast is important in order to allow the reboot to keep moving forward, as giving the audience any reason to expect that there might be a chance that an original character might return could derail the main point of the show.

The original cast managed to make Gossip Girl the type of show that a lot of people enjoyed following and in the process made their own careers stand out as they continued to push forward after its ending. In some cases, the actors were already getting famous by the time the show ended, and at this point, a few of them have become well-known names in show business, and have gone on to become big stars that have taken on major roles in movies and other shows that have allowed people to see just how far they’ve come. The main reason that we won’t see cameos from the original actors in the reboot comes back to the same old explanation each time, there’s no need or desire for them to show up right now. While it might not be case throughout the course of the show, it is important for the regular cast of the reboot to establish itself and gain a following before a major actor is given a cameo on the show.

Some reboots don’t mind bringing the stars of the original series back on for a cameo or even a recurring role, but in this case, the creator of the reboot isn’t interested in pulling the focus away from the incoming cast. It makes sense in a way since the reboot needs a chance to establish itself while using the same formula, more or less, and might not have as much of a chance if there’s too much going on right away. Gossip Girl is obviously one of the shows that fans are fiercely loyal to, and if they’re able to see the original stars it might make it hard to care about those that are trying to make a name for themselves as they try to bring the show back for another run. In this instance, it’s wiser to hang the fate of the reboot on the new actors and hope that they can catch the attention of the fans in the same way that the original cast did.

The deal with reboots tends to be that if they can’t stand on their own then they’re not going to last long anyway, so it might be that Safran is hoping that this show can stand on its own feet and then, perhaps later on down the line, the chance to bring in an original cast member of two just for fun would be great since it would be a nice gesture to the fans for sticking around. If done too soon however it might show a decided lack of faith in the reboot and make it appear as though the actors can’t carry their own weight and can’t be trusted to keep the show going without a little bit of help now and then. It does sound as though there will be cameos from those that starred in the original show, but not featuring any of the main stars. That’s one thing about supporting actors, they can be counted on in a number of different ways.

If the Gossip Girl reboot does go off as it’s supposed to and does manage to wow the audience, it could happen that we’ll see various cameos that will appear in later episodes or even later seasons if it’s able to get that far. Reboots don’t always fail but they don’t always succeed since it tends to depend on a lot of factors, among them being the idea that the show can take the formula that made the original possible in the first place and integrate it with a new version of that same formula to make it work in a new manner.