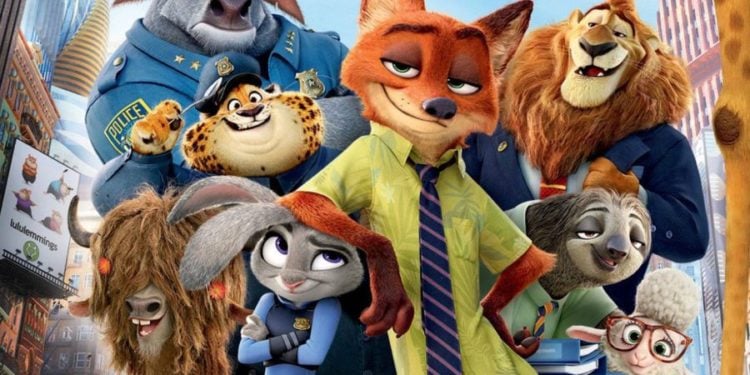 By now it shouldn’t be too much of a stretch to think that older movies are starting to make a little bit of a comeback to the theaters since the big blockbusters haven’t been able to change the minds of the theater owners that it’s a good idea to open up and take extra precautions. While theaters are opening up little by little the scene has been kind of dominated lately by other movies that have been released in recent years to some that haven’t been seen on the big screen since a lot of us were kids or quite a bit younger. Point of fact, I’ve seen The Goonies on a local drive-in theater marquee and that movie came out in 1985 and hasn’t been seen in the theaters for decades. But the one that’s making headlines at this point is Zootopia, which came out several years ago and is outdoing the Avengers apparently, which is kind of funny really. But when we live in an era where nostalgia is currently one of the biggest trends the bizarre nature of it becomes a little easier to understand since people want to go back to the good times they remember when we didn’t have a pandemic in effect and, like it or not, we didn’t worry too much about the politics that were being pushed each and every day.

There could be a reason that Zootopia is doing better than the Avengers and it could have more to do with social commentary than people think. After all the Disney movie does have a lot to do with discrimination on a level that was bound to be extremely tough to put into a kids movie but somehow came off as one of the most popular movies around. Of course Zootopia kind of had its run and then faded out just like a lot of other Disney titles, though the aftereffects that it came with are still felt since plenty of people are still willing to talk about it. By comparison, Avengers is pretty much a fantasy story that has few if any real consequences that are shown in the movie. Where Zootopia was all about the various citizens of the city and their vast differences, Avengers was more or less a story about an alien invasion in one particular city that the heroes needed to stop. Even their personal differences and their personality conflicts weren’t able to make quite the same impact as those in Zootopia did, but then both movies were so vastly different that trying to compare them is like trying to compare the sweetness of a pear to the tart taste of a green apple. It’s possible, but not entirely comparable given their differences.

The difference in popularity between the movies that are topping the charts right now shouldn’t come as much of a surprise anyway since this is how things tend to go. People will want fantasy movies to escape, action/adventure movies to enjoy and get pumped up, romantic movies to fall in love, romantic comedies to laugh and fall in love, and comedies just to forget about the everyday world that rests just outside the theater for a little while. It’s a matter of which trend is popular at the moment and what society wants to watch and relate to at that time. This is how it’s been for a long time now and it’s no different now except for the fact that we’re looking at past movies to deliver that same feeling that we’d like current and future movies to give us. People go to the movies to be entertained and inspired, and as the movie theaters haven’t been open and haven’t been showcasing the newest movies that are supposed to be coming out, folks are bound to look elsewhere to get their fix. When the movie theaters have become such a big part of our lives and the movie experience is a huge part of our culture it’s bound to happen that people are going to be a little unnerved when it’s taken away, and will find a way to appease that need in any way they can. If and when theaters start opening up and showing new movies then things will no doubt go back to the way we remember them and we’ll be commenting on new movies that are topping the charts and possibly rehashing old movies every now and then.

As of now though people just want to feel something and they want to know that there will be movies out there that will allow that feeling. It’s not exactly a burning need to go watch a movie, but when it’s part of a family tradition or something that people enjoy doing in their spare time and they can’t do it any longer then they’ll find an alternative.