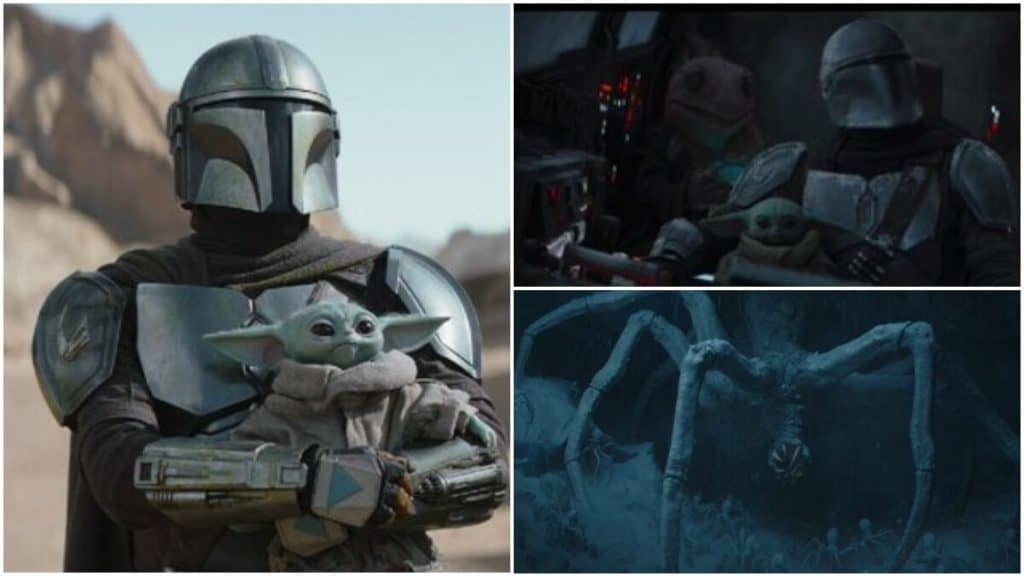 Like always, if you’ve watched the current episode of The Mandalorian then you’ll know what’s being discussed. If not then you might want to avoid any article that would give away too much since this episode took a definite left turn into something that should be familiar to a lot of Star Wars fans, at least the diehards and hardcore fans, while it might have introduced a very terrifying aspect that a lot of people weren’t expecting. Chapter 10 started out fairly exciting since one can imagine that anything else simply wouldn’t be allowed considering that everyone is after Din Djarin and the Child, aka Baby Yoda. As another group of bounty hunters attempted to take Baby Yoda from Din though, they find out in a very painful manner that he’s usually not as defenseless or easy to take down as many appear to think. The thing about this though is that Baby Yoda hasn’t really been doing much lately, which might be due to a lot of factors, but perhaps one being that Din actually scolded him one of the last times he actually used the Force, since he went after Cara Dune, thinking that she was hurting Din. The connection between Baby Yoda and Din is pretty obvious at this point since during part of the chapter it was seen that the little guy actually snuggled with the Mandalorian at one point, making it clear that he looks to Din for protection now.

While the initial scene was intense, a good chunk of the episode would have been kind of disturbingly slow since Din was tasked with carrying a passenger, a frog-like alien that was attempting reach a distant world in order to have her eggs fertilized, as they were the last of her line and the urgency was high. Becoming a taxi service wasn’t something that Din was hoping for, but at this point, if it’s going to lead him to another Mandalorian that can help him, it’s likely that he’s going to do pretty much anything to make it happen. But watching Baby Yoda actually eat a couple of the unfertilized eggs along the way was disturbing enough that one might think that the writers were cringing when they wrote these scenes. Once Din’s ship was set upon by a pair of X-Wings though, it became obvious that the trip was going to get a little bumpy since while Din has no love for the Empire, he feels about the same for the Republic and would have rather encountered just about anyone else. The chase to the frozen planet nearby was one that didn’t really feel that hopeful since Din’s ship, being an older model, wasn’t about to outmaneuver a pair of X-Wings forever, and hiding on the planet was the best option at the moment, at least until the ship broke through its icy landing zone and was nearly torn to pieces upon impact as it landed in a frozen cave, where it might have rested for good had things not gone the way they had.

One thing that anyone knows in a situation like this, especially in the movies, is that going off on your own can be a wise move to find help, but it can also be a horrible idea since in this case his passenger not only found a hot spring to bathe and luxuriate in, but she simply had to have the bad luck of finding a cavern in which a type of creature that was planned for The Empire Strikes Back decided to show up. The white knobby spiders, that appears to be the name for them, were supposed to show up on Dagobah and it does sound as though Luke was supposed to fight one, but somehow the scene was scrapped and many years later, here we are introducing an alien rendition of Eight-Legged Freaks in a galaxy far, far away. The spiders are absolutely creepy, and for those that don’t like spiders to begin with or have at least a small to a crippling fear of them, this episode could be a tough one. Just imagine a spider the size of a city bus and then you’ll get a good idea of how tense the situation was in this episode, not to mention that the Alien-looking eggs that the smaller creatures came out of were to be found all over the cavern. The fact that Baby Yoda ate one of them is a testament to how tough his species’ stomachs must be, but the fact that we got to see him move on his own this time around was kind of nice, even if he’s not all that quick.

The episode is one that a lot of people might agree could be one of the tamest in the bunch even after the intense bouts of action that were seen, but at least now we’ll know just how the ship became so banged up and will be limping along in the episode to come.