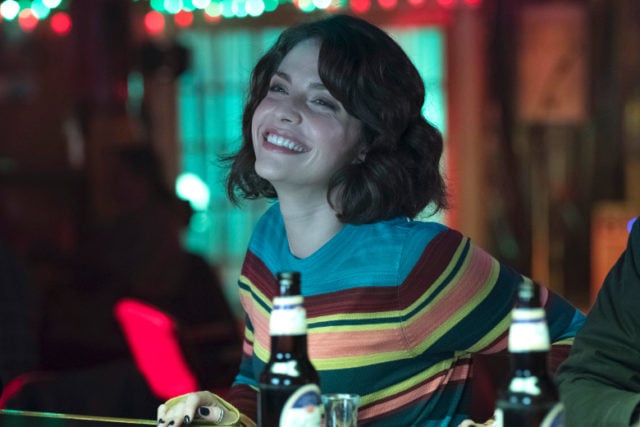 The Good Doctor broke through the noise in 2017 to become the #1 most watched new drama of the fall season. The story of Dr. Shaun Murphy’s perseverance and candor on the job as a surgical resident has been unique, carefully crafted, and as authentic as it gets. This show has done an excellent job of weaving in Shaun’s eccentricities with his heart, the same as any other doctor or staff member who doesn’t have autism. The rest of the staff has their own struggles, most notably Dr. Kalu, who in an attempt to defend Dr. Browne from a predatory doctor got himself fired. The thing that connects the rest of the staff to Shaun is that they all have to put their personal struggles aside when a patient’s life is on the line. When they can’t do that, they shouldn’t be working. Shaun instinctively knew this where others wouldn’t.

While Shaun takes a sabbatical, Dr. Browne and Dr. Melendez work on a kidney transplant of conjoined twins. The thinking is to separate them six months after this surgery once they are stronger. However, the transplant puts too much strain on one of the twin’s hearts, and the timetable for their separation must be moved up. This comes as both Browne and Melendez deal with sudden shocks in their lives. Melendez must come to grips with the idea that he may not become a father if he wants to keep his relationship, while Browne deals with the fallout of Kalu’s firing. Though Dr. Andrews might believe that Browne was the victim of workplace harassment, there is no proof and he cannot tolerate physical violence on his staff. Despite Kalu falling on his sword, and despite Browne’s persuasion to Dr. Coyle that it would be in his best interest to let this go lest he risk other accusers coming forward, Andrews won’t let Kalu come back.

Full disclosure on the subject: I have some personal experience with adults with autism, so anyone who is going to try to use the unique circumstances which converged in the midseason finale to say that Shaun is unfit to do his job, this is neither your show, nor your experience to judge. Now here is my opinion on this subject: Dr. Glassman was in the wrong. Shaun’s reaction was extreme and shocking, but not uncommon for young adults with autism pushed to their limit. People think that if you get children with autism through their childhood, adolescence, and young adult education that things get easier. It doesn’t. Yet most of the time, the problems stop being about the person with autism, and begin with the adults around them.

Adults responsible for those with disabilities have to walk a fine line between guiding and interfering. Shaun Murphy proved to all the naysayers that he could do his job well. Moreover, he proved that his autism was not his handicap, it was his strength. Dr. Glassman’s insistence that Shaun do something he vehemently felt uncomfortable with is what caused the problem. The fact that Glassman barges into Lea’s apartment is proof that is is much too close to Shaun. In many ways he is the only responsible parent Shaun has ever had. It shows in how much he wants Shaun to succeed, but now he is Shaun’s handicap.

Lea, however, is a delight. She does not treat Shaun like he has a disability. Because she sees him as an intelligent, albeit quirky, man who is having some trouble in the workplace, she makes the point that he shouldn’t make any rash decisions while he is upset. You wouldn’t think Shaun would be up for anything spontaneous, but it’s all about feeling safe. Shaun feels safe with Lea, safe enough to climb into her “Striped Tomato” and hit the open road. They are very different. She likes music, he likes smells. Yet in many ways, they are very similar. Neither one of them beats around the bush.

Lea is the opposite of Dr. Glassman. She gives Shaun complete freedom, and even trusts him to drive her grandfather’s car. That may not have been the best thing for the car, but Shaun finally had someone who wasn’t ruled by fear to trust in Shaun’s capabilities. Before you know it, Shaun and Lea are singing drunk karaoke! She even walks Shaun through his first kiss. Low and behold, this trip wasn’t completely selfless on Lea’s part. She works too hard and desperately needed a break herself. She wants to experience life just as much as Shaun does, but she wants to do it in Pennsylvania. She wants to quit her corporate job to work at her brother’s auto shop, but Shaun hears something different. He walks out. Part of it is that the person he has felt both stable and free with has decided to leave. The other part is that Lea’s news woke him up. The time has come for Shaun to take a stand, for him to say what he wants, no matter how impulsive it may be. The trick is, will others listen?

Do Shaun and Lea have a future together, or is she one important step to him figuring out who he wants to be?

Pushed to his limits, The Good Doctor takes a risk with an unusual, spontaneous vacation to clear his mind.