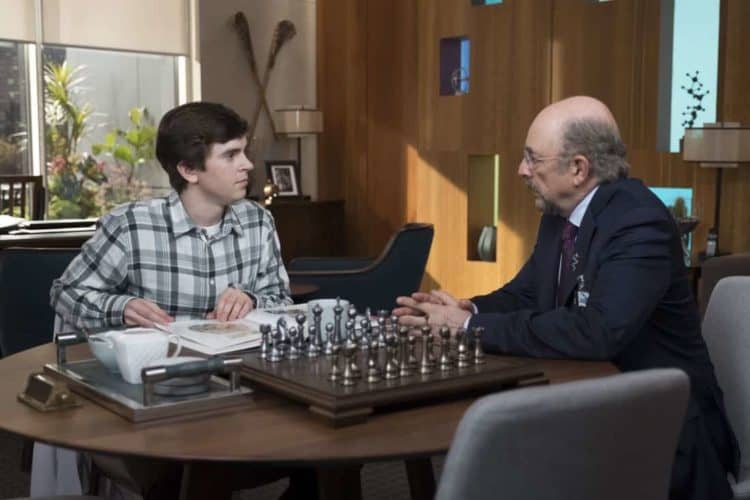 Shaun Murphy is the star of the inspirational and feel-good show The Good Doctor, based on a South Korean medical drama that ended after three months. The show is based on a gifted autistic doctor/surgeon Shaun (Freddie Highmore), who proves to be the best asset that the hospital haves after hospital administration doubted whether he was capable of fulfilling such a position because of his “disability”.  Here are five characteristics that you’ve probably overlooked that shows exactly why Shaun Murphy is one of the best doctors on tv:

1. He Has Savant Syndrome

Ironically, Shaun’s autism is what actually makes him one of the most skilled surgeons on the team. Savant Syndrome is a very rare type of autism that makes the individual brilliant in fields of their interests. They possess a superhuman skill set that is more refined than the average person. Shaun’s savant syndrome is why he comes across as a medical genius. He can process information faster, and his brain has an abnormal layout of the human body, which allows him to accurately pinpoint the medical problem faster than his colleagues.

2. He Has Real-Life Relatable Story

Shaun struggles with displaying good bedside manners because he doesn’t always think before he speaks. His story kind of makes up for the empathy that Shaun fails to show in this aspect. Shaun’s parents were abusive. His father ridiculed him for his autism. Shaun and his brother ended up running away when he was younger, which led to an accident that killed his brother and changed Shaun’s life forever. Also, in one episode, we find out that Shaun had never met an autistic person until an autistic patient is rushed into the emergency room one day. This shows that he’s never really had the support group required for someone with his condition. Shaun’s background is relatable.

Dr. Shaun Murphy isn’t just a genius when it comes to medicine, but he is also adept at speaking other languages. In one episode, we learn that Shaun can speak Spanish fluently. He also watches Japanese television shows, which lets us know that he can understand the language well.

One thing we can appreciate about Dr. Murphy is that he doesn’t lie, and he’s a straight shooter. On several episodes, he is reprimanded by the head surgeon and his boss for revealing information to the patient that he probably shouldn’t but ends up being in the patient’s best interests.

5. Shaun has one of the best mentors in Dr. Glassman

Dr. Glassman and Shaun have been close since Shaun was fourteen years old. In fact, it was Dr. Aaron Glassman who recommended Shaun for the job at the hospital and fought for him to stay there.  Shaun depends on Glassman for advice in every aspect of his life, even in his blooming romantic relationship with Leah. Dr. Glassman even helps Shaun’s coworkers learn how to communicate with him. In one episode, Shaun refuses to answer Claire’s questions and completely avoids any type of confrontation. Claire turns to Dr. Glassman for help in learning how to effectively get through to Shaun.  Glassman plays such a big role in Shaun’s life and decision-making that he eventually realizes that he must step back and allow Shaun to be his own man. Every good doctor has a good and trusted mentor they can turn to for advice.

Although Shaun is twenty-six, he has a lot to learn about life in general. On the show, we see Shaun learning important things about himself. As previously mentioned, Shaun struggles with showing cognitive empathy. As a result, he has difficulty dealing with emotions. After Claire brings this to his attention, we can see that he drastically improves as the series goes. We also see him learn how to be a good boyfriend in his first-ever relationship with Leah. After discussing her needs with Shaun, he’s able to rather quickly learn how to satisfy her in more ways than one. Shaun’s ability to take criticism and adapt is remarkable.

7. Shaun has a good woman on his side

Although Dr. Glassman isn’t exactly fond of Leah, she’s actually good for Shaun. Leah challenges him and helps him see that just because he has autism doesn’t mean he can’t do things that normal people do. In one episode, Leah teaches Shaun how to drive. At first, he is hesitant and tries to use his autism as a cop-out. But Leah doesn’t let him. Shaun actually has the best time of his life learning how to drive. Leah constantly pushing him to broaden his horizon also helps him become a better doctor.