Home
Television
The Gifted
The Gifted Review: The “threat of eXtinction” Feels More Real Than Ever 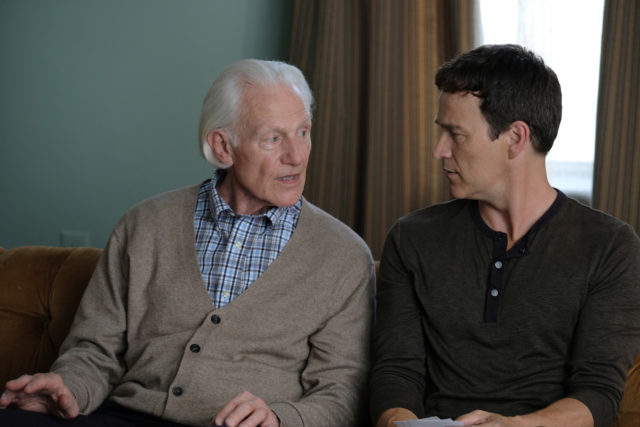 It’s only appropriate that the week of Thanksgiving contains episodes about family politics and dynamics, and “threat of eXtinction” was no exception to that. Of course, The Gifted features an entire family running from the law and intertwined with other mutants, so family drama comes pretty easily to the show. Though this episode was able to give us a little bit of internal family drama with the budding family of Polaris and Eclipse, or even fallout from the death of Blink’s foster family, it mostly went outside the Strucker family and dealt with Reed’s father (the masterful Raymond J. Barry) and their relationship. It revealed some secrets and changed perspectives on our characters, especially Reed.

Turns out Reed’s father, Otto, spent a long time working for Trask Industries, which as X-Men fans know is a corporation that greatly contributed to the Sentinel Services era and general hostility toward mutants. So Reed, accompanied by Thunderbird, went to talk to Otto about everything that happened while he was there. Reed did get some information, but much more than he bargained for. Otto, apparently, is a mutant, and had developed a cure for mutant abilities while working at Trask. Some new information: Reed was born a mutant and was given this cure so that Otto could protect him from what was coming. While this made Reed sick for a long time and seemingly did what it was intended, it did NOT alter his genetic makeup enough to keep it from his children. His children’s abilities come directly from Reed’s side of the family, which was a hard-hitting truth for someone who spent so much time persecuting mutants. This story provided necessary backstory in a way that was still urgent (the folks at Trask made a beeline for Otto when their existence was rediscovered) and opened up some interesting possibilities. Sure, it worked for 30 years, but is Reed’s cure permanent? Could he become a mutant? Aside from the strong acting work from everyone involved in this scene (some of Stephen Moyer’s best to date), this introduced a strong air of mystery surrounding both the Strucker teens combining their power in the future, and Reed’s own abilities.

The other stories in this episode felt smaller, but contained both family drama and illustrated found-family dynamics in an interesting way. Blink, for instance, was able to bond with Norah, the young girl who spent time at the same foster home Blink did. The found family dynamic works so well and quickly for The Gifted because of stories like this, illustrated that shared experiences can go a long way in bringing people together. Even Blink’s tense relationship with Dreamer illustrated this, as Blink still clearly has beef but their shared negative experience with Sentinel Services and the government is much more powerful than a little mind manipulation.

Overall I was extremely pleased with this episode.The Gifted always manages to tell a high stakes story while building relationships and revealing information. Rarely does it feel pull from one part or the other too much and often finds the delicate balance required to tell a story like this. I head into Thanksgiving already full from satisfaction watching this show.

Reed goes to visit his father to get dirt on Trask Industries, while a mole lands at Mutant Underground in a strong episode of The Gifted.