Home
Television
The Gifted
The Gifted Review: In A Jam? We “got your siX” 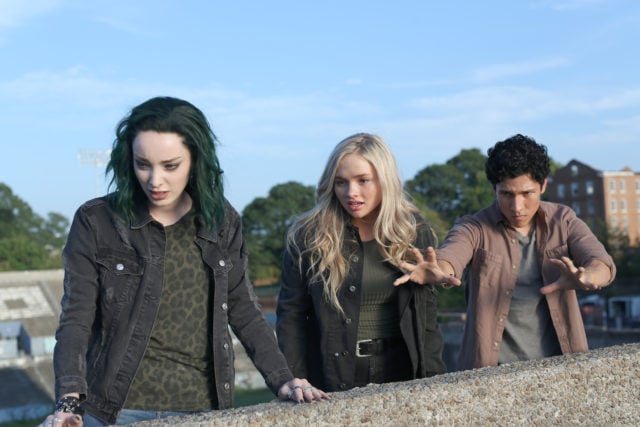 I had questions early on about The Gifted, and how it would maintain it’s fast pace while still growing, changing, and not artificially raising the stakes. Fortunately, the premise itself sets the stakes so high that by the time we’ve gotten to the sixth episode, characters have developed and changed and grown and the stakes of every episode still manage to get my blood pumping. You’d think it would be tough for a show to balance a story about father/son relationships and a super-powered heist, but The Gifted handles it with such ease that you’ll believe any show can do it. Trust me, they cannot.

I wondered aloud (okay, online) how exactly the show would maintain such a fast paced premise, as it relies heavily on mutant powers and therefore special effects. I can safely say I’m no longer worried that they will do anything just for show or be wasteful with their capacity for mutants. Each mutant with abilities serves a purpose, has strong characterization, and doesn’t use their powers wastefully. “got your siX” used almost every mutant’s power but did so only to further the story, and in several cases to build relationships among characters, like Lauren and Wes.

One of the big takeaways from this episode was that the underground has decided to train the young mutants to use and control their powers. Of course they acknowledged that the Strucker kids are more advanced than most teenagers with powers that come through the Underground, but introducing other young characters and using Lauren and Andy on missions solidified the story in several ways. For one, it recognized Lauren and Andy as more than just mutant kids with normal parents, and rather as individuals who have a purpose to the story and can be useful to the cause. The last few episodes have explored how Kate and Reed can aid the cause without powers, but I’ve enjoyed watching the Strucker siblings come into their own, and The Gifted has established their usefulness, both in and out of “the cause”, masterfully.

The show’s exploration of fatherhood through both Reed and Eclipse’s lenses showed a real thoughtfulness toward human issues, even in such a high-concept show. Reed is the parent of a mutant teenager, and Eclipse is simply expecting his first. I’ve never been in Reed’s shoes, but I’ve been in Eclipse/Marcos’ shoes and I can tell you that it’s terrifying even when you’re not a mutant on the run from the law. I can imagine, though my child is still young, that Reed feels the same way. His son is going through something to which he can’t relate and it’s terrifying and frustrating for both of them. One of the main reasons that The Gifted succeeds is that it tells human stories and they so seamlessly fit within the X-Men realm.

Overall, “got your siX” was another strong installment of the young series. The Gifted is nothing if not well-executed and consistent, and they’ve proved it again this week.

The Gifted Season 1 Episode 6 Review: "got your siX"

Without Blink, Eclipse must take Reed on a dangerous mission while the teenagers are trained on this week’s strong episode of The Gifted