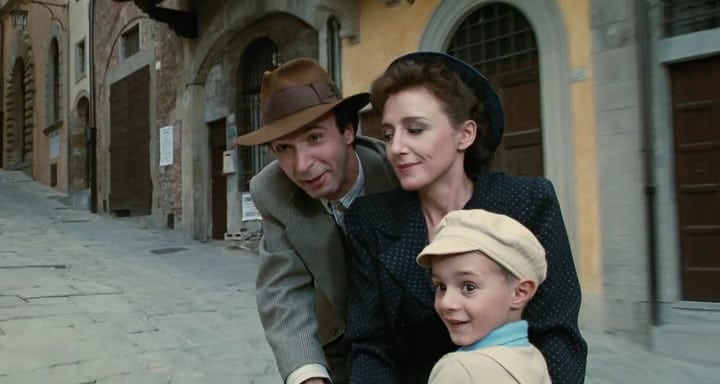 If you’re thinking that everyone that gets an Oscar absolutely deserves it then more power to you, but it’s possible that you’ve been missing out on some truly great performances, as have the judges that make those decisions. Not everyone that takes home a small golden statue really deserves it, but some of those that develop the Oscar curse do manage to earn that. One might think that it’s kind of petty to say that any actor didn’t deserve the award they were given due to their acting, but the truth of it is that the Academy does get it wrong now and then and delivers an award to a person that might have been doing the best job they possibly can, but for some reason missed out on the other acts that were truly inspired and in need of some serious recognition. It makes a person wonder what the Oscars are going to look like moving forward now that the rules for being considered have changed so drastically, since it would appear that even being considered for an Oscar at this point could mean something entirely different, meaning even the people on this list would no longer have a chance.

Here are a few of the worst actors to win an Oscar.

I can just imagine the criticism from calling any of these actors the ‘worst’ actors in any sense of the word, but I’m going to do it anyway since in some ways these actors either didn’t deserve the Oscar or just aren’t as great as people want to think. Some actors have only a few settings, and Jennifer Lawrence is one of those since she brings a certain type of act to every role that relies heavily on her appearing to pout for a good part of the movie if she’s not trying to look serious. The range of emotions she has to offer isn’t all that great since she will typically play one type of role or another without that much deviation from what she’s comfortable with. In fact, Winter’s Bone was her best movie ever, but it kind of established her pace and tone.

She’s a much better singer than she is an actress, and one can only sit and wonder why she was brought back more than once to light up the screen in her own overreactive sort of way. Trying to wonder why she would be given an award such as this is kind of hard to figure out since in terms of her acting she’s been overshadowed more than once by her costars and trying to figure out just what reasoning was going through the minds of the judges is difficult at best. One thing that can be said is that the judging for the Oscars has been faulty for quite a while now since it’s allowed people that have barely any acting talent to take home the gold.

Some of us are still sitting around wondering why so many people are so adamant when it comes to stating that Whoopi Goldberg is ‘talented’. She’s definitely put in a few good performances in her day, but when it comes to her overall talent it’s more likely to say that she’s good enough for the roles she takes on, but overall she usually feels as though she’s trying her best to anticipate what comes next, and the best acting she does is to make it appear that she’s completely on her mark and isn’t doing her best not to screw up her own timing. When it comes to comedy she’s great, but anything else, meh.

I can imagine many people are saying ‘who?’ right about now, but don’t feel too bad about it. He was given an Oscar for Life Is Beautiful, and if a person ever aw it then good for them, they’re a little more worldly, I won’t say cultured, for having done so. But the truth about this is that while he might be skilled, he’s yet another individual that one has to look at and wonder ‘how in the world did that happen’, since his acting is good, but there were plenty of other worthy acts that had been released when he won that particular year.

She can pull an innocent act as she did in Se7en or she can pull the “I’m in charge but can’t show it” act that she’s done in the MCU, but that’s kind of where her range begins and ends, and thinking that she was worthy of an Oscar was kind of mind-blowing since to be fair, this is the same woman that’s pioneered a type of scientific method that’s heavy on the method and light on the actual science. But hey, we’re not in charge of the award shows.

Just because a person is famous doesn’t mean that they’re award-worthy.