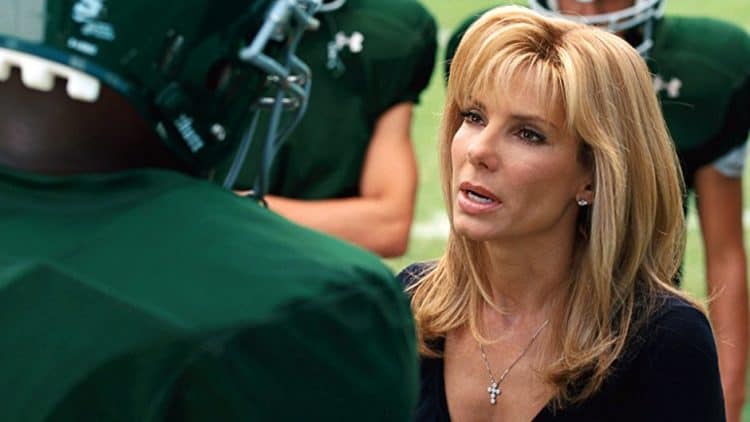 Remember when Sandra Bullock was still an up and coming star that no one knew a whole lot about? Yeah, not a lot of people do remember those days since she went off like a Roman candle when her career really hit a high note. She’s had a number of films that were deemed less than good and in some cases not all that much to talk about, but her presence is still something you can’t deny is something that has made a lot of viewers gain interest throughout the years since she’s taken on more than one persona that’s made it impossible not to like her and be impressed at the same time. In terms of being an actress she’s not always the firebrand but she’s not always Miss goody-two-shoes either, as she’s covered a range that is fun to witness and has also done well in the process.

You might be rolling your eyes at this one and wondering how it even made the list since in the long line of Stallone movies this was one of the few that really seemed cringe-worthy when it came to admitting that you liked it. But consider this, she was fresh-faced enough to have a tremendous amount of sex appeal and she turned in a performance of a character that was incredibly naive when it came to how the world worked in the old days. Of course everyone was since the world had been turned into a kind of sissified version of itself, you know, the kind of world where everyone gets to pretend they’re happy and content all day.

This is another one you might argue with since the reviews weren’t great across the board and the whole premise is that she’s on her own after her fellow astronaut is blown out into space. But for all that just think of how isolated and entirely horrifying this would be if a person had to try and navigate a way back towards earth, alone, unsure of how things were going to turn out, and so sacred that they started seeing hallucinations that felt absolutely real. In fact there was no real resolution to the movie at the end since she’s stranded in the middle of nowhere, so you could say that this was a pretty depressing film, but also well done enough that you could feel her desperation.

The laws of physics were seriously challenged in this movie since no one can really see a city bus jumping that kind of divide and landing safely on the other side unless it was going much faster and had a much more pronounced jump. Of course the result seems as though it would be a complete wreck on the other side, since the tires on the bus could only take so much before blowing out completely. But in all fairness the movie was a thrill ride and it did keep a lot of people on the edge of their seats since the idea of a bomb that goes off when you hit a certain speed would be terrifying.

This woman is just evil when the film starts out since she’ll step on just about anyone and do anything to anybody she has to in order to get ahead and keep ahead. She even forces her poor, mistreated assistant to agree to marry her as she accompanies him to his family home in Alaska, setting up an elaborate ruse so that she won’t be deported back to Canada. But when she figures out just who his family is and how much they care about his happiness she can’t go through with it. But of course it’s at that point that the two have come to care about one another and finally at the end can’t help but admit their feelings for each other.

In a lot of films it would be hard to see Sandra as the take-charge, tough-as-nails on the outside kind of woman since she either comes off as a sweetheart most times or a very difficult woman. But in this movie she’s the no-nonsense type that absolutely will not take any guff from anyone and lets everyone around her know just what she’s thinking so that they can act accordingly. While the true story is a bit different, very different according to the people that lived it, the movie itself is something inspiring that you can’t help but like since it takes a young man that had pretty much nothing and gives him a reason to move forward into a future that’s far brighter than the past he came from.

Sandra Bullock seems like the kind of woman you’d love to sit down and just chat with, in a way.