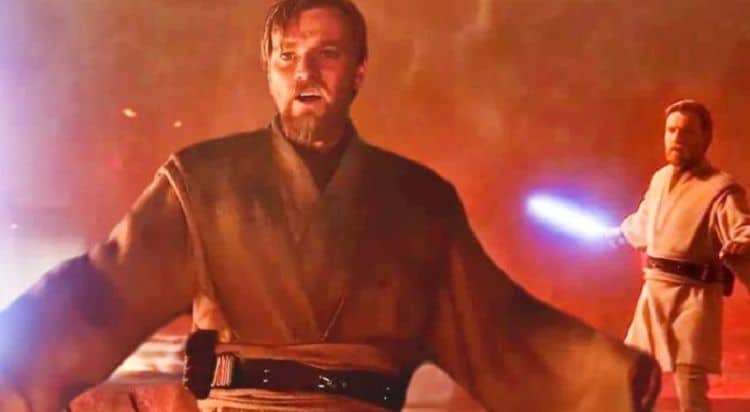 The world of Star Wars returns but this time, it follows Obi-Wan Kenobi, the Jedi Master who must evade the Empire’s hunters following their rise in power. Plus, the upcoming miniseries will explore Obi-Wan’s connection to a young Luke Skywalker and confront his failed past, Anakin Skywalker aka Darth Vader. The Disney plus miniseries has a star-studded cast including Ewan McGregor, Rupert Friend, Joel Edgerton, Hayden Christensen, and Kumail Nanjiani. The miniseries will premiere on May 27, 2022. Here are the top five moments of the latest trailer.

This is more so due to the awe-inspiring visuals on display in the trailer. More importantly, the nostalgia instantly kicks in and fans get a chance to dive back into this rich world that George Lucas created. While it could be argued that Disney is doing their hardest to milk this franchise bone dry, a good majority of its content has added compelling dimension to the Star Wars saga. That should be no different here, and it should be great to see the added layers that the upcoming series comes up with, while also tapping into that itch that made Star Wars such a global phenom.

The world of Obi-Wan Kenobi is finally being explored. The trailer does an excellent job hitting all the right easter eggs without it feeling forced or unnecessary. Of course, that can all change when the actual series arrives, but seeing Obi-Wan Kenobi’s journey through his eyes should be a real treat. The moment of him spying on a young Luke Skywalker isn’t what’s the big draw, it’s the exploration of Obi-Wan Kenobi’s story that highlights his relationship with the future Jedi and his past friendship with the one and only, Anakin Skywalker aka Darth Vader. The trailer only gives one moment of the famed villain, but the entire story is clearly centered around him trying to eliminate the remaining Jedi Knights. Given the level of success that Disney has had with the television Star Wars spin-off, this has the potential to be another strong entry into the Star Wars saga, and the level of talent attached only highlights that statement even further.

The visuals of the Obi-Wan Kenobi series look incredible. The pinnacle of a Star Wars series is their epic lightsaber fights and the Jedi action all around, and there doesn’t seem to be a shortage based on the trailer. There’s no telling how much in depth the story of the Inquisitors tracking down the Jedi Knights will go into: Will the series showcase them going after each and every one of them including Obi-Wan Kenobi? It could be a great way to build-up the secondary antagonists, and obviously satisfy the action needs of fans watching. The action sequence itself looks highly thrilling, though we likely know the outcome since it’s doubtful that Obi-Wan Kenobi will die here. Still, that doesn’t mean a couple of curve balls can’t be thrown in the way. Maybe Obi-Wan Kenobi gets captured and then we get the “rematch of the century” that Kathleen Kennedy has previously teased? Either way, the action sequences in the trailer only amps up the excitement for the upcoming series.

So we know that the story will focus on the Inquisitors, who are tasked by Darth Vader to hunt down every surviving Jedi Knight. The most notable presence other than Ob-Wan Kenobi in the trailer is the Third Sister aka Inquisitor Reva. Her backstory is quite interesting, she was once a Jedi until the Empire rose to power. Her mission statement is quite clear in the trailer; however, is there a possibility that her arc is deeper than what’s shown? Is she battling an enteral conflict about the choices she has to make? This could ultimately end up being a simple straight line of The Inquisitors going out of there way to capture the Jedi Knights, but Reva’s morality is an interesting element that the show hopefully capitalizes on.

It’s been confirmed that the original Darth Vader will return for the new series. There’s no telling how much screentime that the evil lord will have in Obi-Wan Kenobi, but given the history between the former Jedi and his mentor, it should create compelling content to further explore the dynamic following traumatic events that saw Anakin Skywalker turn to the dark side for good. The purpose of this trailer was to essentially confirm that Darth Vader will be on the upcoming series, but hopefully it’s more than a few cool appearances. It would be great to dig into the psyche of the iconic character, though the show doesn’t have to go overboard as leaving some mystery can make him that more intriguing.