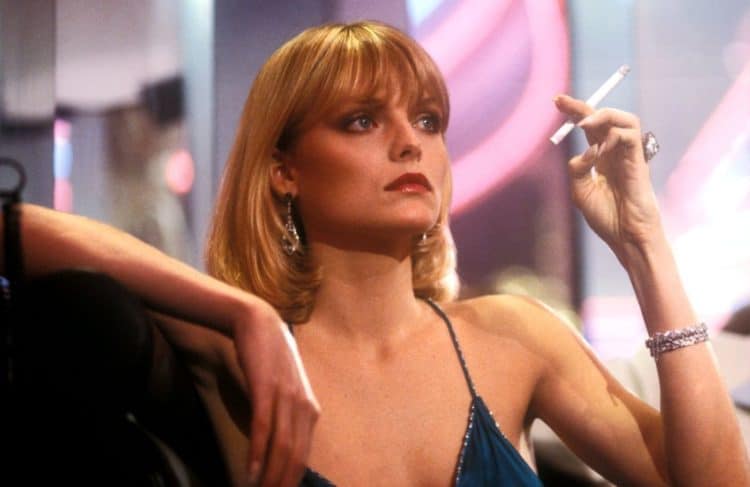 It’s hard to believe that there was a time when Michelle Pfeiffer was a lesser-known actress since for much of her career she’s been a star unlike any other. In many ways she’s been one of those actresses that many take inspiration from and can’t help but admire since she’s been in some of the best films and helped to create some of the greatest characters in cinematic history. But aside from that she’s been a bit understated it feels like now and again, as though her roles are important from a slightly more cultured standpoint than you might see in the regular mainstream movies. The truth though is that she’s gone totally mainstream and played up roles for the fans and has dialed it back and played very professional and dignified characters that don’t pander to the audience. In short, she’s employed a very versatile skill set when it comes to taking on any role that she’s been cast in.

Here are just a few movies from her career that could be called some of the best.

Honestly the movie wasn’t that great but Michelle’s performance as Catwoman was one of the best since Julie Newmar and she played it with a level of skill that only she was capable of at the time. For much of the movie she was allowed to be as catty, no pun intended, and aggressive as possible, but one of the downfalls of this movie came when she supposedly died near the end, thereby concluding any possibility of her and Batman continuing their rivalry, feud, affair, whatever you want to call it. The truth of it is that the relationship between Catwoman and Batman in the comics has always been something unique, an it could have been in the movies if things would have been used as they were.

Johnny is a man that’s just been released from prison and is looking for a job, and Frankie is a waitress that’s been hurt in the past and is ready to go it alone in life since she doesn’t want to be hurt again. When Johnny starts working at the same diner where Frankie works he begins to develop a crush on her despite the fact that she wants nothing to do with him initially. Those that know Frankie understand that she’s not ready for anything that might lead to a relationship and yet see Johnny as the kind of person that’s not going to give up so easily. Eventually things start to happen and despite her reluctance Johnny begins to wear her down with his charm and his never give up attitude.

LouAnne has no idea what she’s getting into when she signs on to be a substitute teacher at one of the roughest high schools in the area. When she enters the class she’s going to be teaching they don’t take it easy on her, letting LouAnne know just what they think about her and where she can go. When she decides to get tough and tell them just what she thinks and what’s going to happen however they start to respond bit by bit until they finally come to respect her. But there are many hard truths that have to be learned along the way, and the street is always there to remind everyone that things don’t get better just because you want them to.

Not a lot of lawyers would look at Sam and think that they had a safe enough case to really go on when it came to getting his daughter back. But Rita, who takes the case at first to make a point that she will in fact go pro bono when she needs to, ends up finding out that Sam’s world is a little more complicated than she thought. By the end of the movie she’s found out just how devoted Lucy is to her father, and how badly Sam wants her back. She also discovers a great deal about herself and why it is that her life, which seems so perfect to some, is crumbling around her ears. By the end she’s made peace with her life in a way, and has helped Sam and Lucy to do the same.

Elvira is kind of a tragic character, but she’s not entirely innocent. You’ll notice throughout the film that she’s hooked on cocaine and isn’t about to stop, but when Tony takes over and kills Frank she has a chance to leave, but doesn’t. She’s too hooked on the life, attracted to the money, and has nowhere else to go. At least that’s the impression we get since the desperation written on her face and in her eyes leaves little to the imagination.

Michelle Pfeiffer is one of those actors that can get you to turn on them or admire them just with a look.