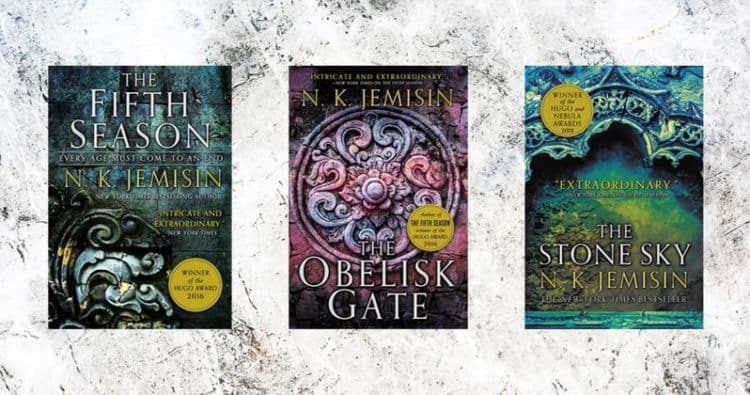 It would be easy to be one of those that sits and states that it’s great to see another author’s work being adapted for the screen without envy or jealousy, but let’s face it, a lot of authors are wishing that their stories were being developed in the same way The Broken Earth trilogy is. But getting past the nonsense brought on by such feelings it’s easy to step into N.K. Jemisin’s imagined world and think that this might be another great story that will come to life, especially since it sounds as though the author is going to have a hand in shaping how the presentation will go. So far it sounds as though Jemisin’s post-apocalyptic world is bound to be interesting and possibly made just a little more prominent with a few big names considering the money that’s being allocated for this project. One question now is whether Sony will bring their A-game to bear for this project and turn it into something that will amaze the audience. Jemisin has already astounded and exchanged her readers with the story she’s devised, so it’s now up to the collaboration between the author and the studio to make it a worthwhile production.

Far too often it’s seen that an author tends to lose a fair amount of control over what happens with their story when it’s adapted to the big or small screen, but that might not happen this time around since it does sound as though the budget has taken into account the scope of Jemisin’s story and the necessity of bringing it to life the way it happens instead of the way the studio might want. It’s going to be interesting to see what does come to pass simply because cinematic history has made it clear that whatever an author puts on the page isn’t necessarily what’s going to make it onto the screen. There’s bound to be some compromise between the books and what the audience will see when it’s all said and done, but as of now those that are giving out details about the project do make it appear as though the author will have far more control over the process.

That would be kind of interesting since even the most noted authors throughout the world haven’t always been as hands-on with their own stories when they’ve been adapted to the screen. But then it could happen that contract negotiations have made it possible for such a thing to happen. One thing that might bear further scrutiny however is whether or not this is the best course since, being entirely honest here, authors see their stories from one or more perspectives depending on how in-depth they’ve gone with the details. How others view their stories could differ wildly from what they want to see, and a compromise between points of view could be a very sticky situation unless both sides are in agreement that some things need to be changed and others should be left and developed as they are. There are, after all, moments in many stories that either don’t fit quite right when being adapted or are exceedingly difficult to bring to life, not to mention costly. So as much input as she’s going to have on this project it does feel that Jemisin will have to give a little here and there to make the overall story work.

For most authors, this might be okay or it might dampen their vision, but so far it sounds as though things are expected to progress just fine as things are already moving along. Jemisin’s reputation has only been strengthened by the fact that each book in this coming trilogy has been widely accepted as one of the best to come along in some time, and her readers have made it known that she’s definitely someone to pay attention to. Again that green-tinted creature known as envy is able to raise its head up a bit in response to news such as this, but tamping it back down is pretty easy when thinking that yet another great author has stepped up to the next level in order to expand her reputation.

There are a lot of great stories out there and sadly a lot of them probably won’t ever see the light of day outside of a bookshelf, or perhaps the mind of the author that wants to see them placed in a book and taken as far as possible. Jemisin’s success should be applauded to be quite honest and should carry some inspiration along with it since it does show that a lot of people can write, but it does take someone that has a fairly twisted and vibrant imagination to get this far. The Broken Earth trilogy is something that sounds like a great read and could make for an intriguing series.