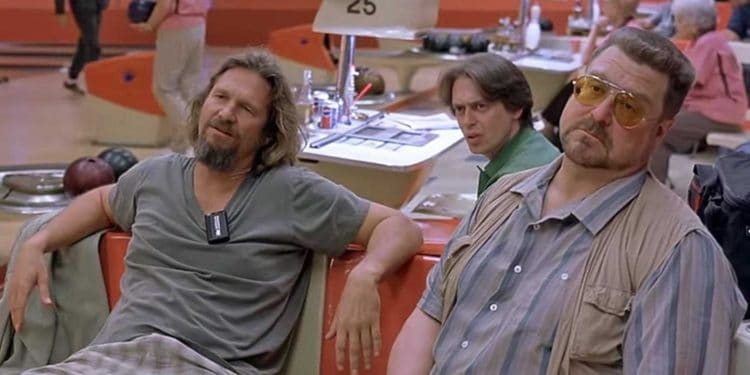 The Dude abides. That’s all you really need to know about whether or not there needs to be a Big Lebowski 2. Other than that the film really shouldn’t be made and here’s why. The film reached a healthy conclusion and there’s no reason to keep going with it. The nihilists were dealt with, the real Big Lebowski was humbled and in many ways is living his own kind of personal hell, and the Dude and Walter, well, they’re great as they are even if things never get past where they’re at. The story reached a great conclusion and while Donny is no longer with them the Dude and Walter are still in a spot where they can at least enjoy a few frames and let the worries of the outside world just fade away for a little bit. The film is one of those that didn’t gain a lot of traction in the mainstream right away but did become a cult favorite and has endured for a while now. The only thing that could ruin it would be a sequel that can’t live up to the first movie, which is still a big problem for some films since the magic that was captured in the first one doesn’t come around so easily the second time.

So, you want to know why there shouldn’t be a Big Lebowski 2?

What’s the Dude been up to?

19 years is a long time to let a film sit without a sequel, and if it wasn’t made at least a decade ago it shouldn’t ever be made now. If anything a reboot or a remake should be in the works to pay homage to the original film, but even that is kind of ill-advised. It’s time to let this one just sit and simmer as it’s been doing for almost two decades and enjoy the strange sense of humor the film has. There’s really no need to keep working up a story line for a guy that basically goes bowling, writes checks for less than a dollar, and is for the most part kind of a bum that gets by on a fair amount of luck and something else that’s hard to define. The Dude doesn’t need any further explanation since people took to him quite well once they figured him out. Advancing his life 19 years down the road could destroy the essence of who he is and why he’s so important.

People are way too obsessed with sequels.

There are movies in which a sequel is warranted and even fully desired, but this isn’t one of them. The obsession with sequels is a problem since these days it seems that everyone wants to continue the story line of any and every movie as much as possible in order to flesh out any details that might have been missed or add depth to a character that didn’t get enough exploration. But the problem is that with each sequel made something else gets missed, something else doesn’t get developed enough, and the whole mess continues to unravel as the original film at one point becomes less of a presence and driving force behind the sequel than it was supposed to be. If the sequel is something that’s only loosely based on the original then fine, it’s heading off in a new direction and only needs to give mention to the first film. But if it’s directly related then it needs to stick to the source material, and in this case that would mean that we’d be getting more of the same. It’s great if you love the original film, but having another one follow along that’s just like it seems pointless.

The story was perfect the way it was.

Think about it. A guy like the Dude is someone that just kind of gets by in life and doesn’t ask for too much, doesn’t want too much, he just wants to live in peace and for the most part be left alone. Then someone comes into his life thinking he’s someone he’s not and everything just kind of goes to hell in a handbasket so to speak. His life gets turned upside down because someone decides to mess around and plot a kidnapping that never takes place and leaves a lot of people confused. Plus he’s just trying to live his life on the lanes as he’s always done and has to continually put up with his buddy that barely knows how to interact with people in public. All of that makes for a film that’s initially hard to follow if you don’t watch it all the way through, but is still entertaining enough if you bother to watch it at all. Why mess with that?

The Dude abides, and that seems to be all that we need to say.